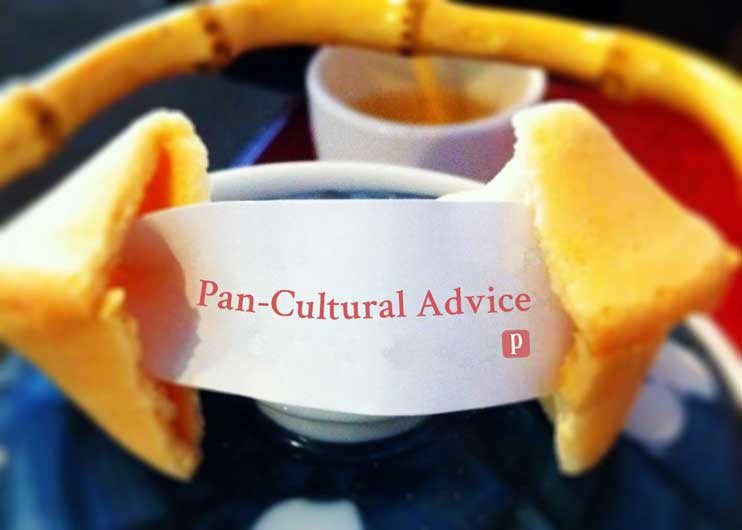 I’ve lived in the United States before (college ‘near Boston’, an internship in Chicago), and I thought I’d come to terms with American culture. But that was before I moved back here (Newton) last year with my 4-year-old son and got married.

Here’s my problem: wonderful as my husband is, and grateful as I am that he and my son have taken to each other, he’s making my son a picky eater and it’s driving me crazy! When we lived in my country and I was the only one providing meals, my son ate everything: vegetables, spiced curries, bean dishes, pickled mango…you name it, he ate it.

Now I cook the same meals, and he’ll barely touch them. His diet is becoming an unhealthy mix of the microwave chicken nuggets and pizza that his friends eat. The worst part is, after my son and I fight over it or have a standoff that lasts for hours with the food gradually turning unappetizing even to me, my husband steps in as the ‘good guy’–and makes him a grilled cheese or some other comfort food.

It doesn’t matter how many times I tell my husband that he’s reinforcing bad habits (ones he helped introduce in the first place, partly due to his own nostalgia for ‘childhood foods’!) and undermining me. He can’t stand to see our son go hungry. He’ll even sneak food to my son in bed after he’s brushed his teeth, if he complains he’s hungry (have you ever had to clean bright orange Cheetos crumbs out of a knit blanket?!). He does feed my son the one or two vegetables he’ll eat–green beans and carrots. Also fruit.

My husband is annoyed with me for being so annoyed. He says being a picky eater and eating junk food is part of childhood, and kids grow out of it. I say that isn’t true in my country, and if what I cook is my son’s only option, he will eat it, and be better for it, and it will influence him to eat better outside the home, too.

I’m worried at this point I’ve made myself the bad guy so many times that my son and husband prefer meals without me there.

Please help me, Pan. This issue is taking a toll on my relationship and makes me want to move back to my own country with my son.

Dear DiNE: Your letter has (so far) gotten reactions from Cambridge, Nigeria, France, and England. Is there wisdom you can use? There’s no consensus here: our U.S. advisor says, learn to love Chipotle’s. Our French advisor says, give up on the relationship before you give up on food culture. Somewhere between these is the practice of Nigerian wiles, or the English art of seeking consolations while fighting a losing battle. Good luck, and let us know how it works out!

Readers? Give your own advice to today’s letter writer! What would you do?

'The less you interfere...'

Surely you have better things to do than fret about your son’s diet. As the parent of three, I can tell you that the less you interfere with him, the better it will be for both parents and child. I suggest you and your hubby take a date night together, and tell the sitter not to pay any attention to Sonny while he eats–or doesn’t eat. I assure you he won’t starve himself to death.

p.s. You might get some Chipotle’s tacos for your kid; they’re very tasty.

I think I speak for the concerned people of Nigeria when I advocate that some deviousness is necessary to save the situation and still come out smelling like fresh roses.

You should plan a trip to your home country with only your son. The aim is to remove your husband’s influence, while you reacquaint your son’s palate with its first love. Talk it up as a getaway of some sort, and make sure you drum up enough excitement about it to engender a sense of adventure in the boy. Since absence makes the heart grow fonder, you also need to tackle your husband’s jousting with your authority during this trip. After making him miss you with some planned distance (a lot of missed calls), give him the “we need to talk” reply to his “I miss you.” Chances are that, at the end of the conversation, you will extract his promise to be a better father. But don’t settle for fair words; draw concrete boundaries that must not be flouted again.

Finally, and please don’t take this as criticism of your obviously “honed” culinary skills, but you need to look inward a little. Is it possible your meals have gotten boring? It’s hard to imagine anybody resisting a sumptuous, savory meal, if it truly is sumptuous and savory, and not just a colorful, healthy meal that screams “variety!”

Devious and Well-fed In Nigeria

'Fight for the civilized world!...'

Read no further: get a divorce with child custody! Couples have to share common core values to make any sense at all. Some differences can be worked out. Belong to two different religions? Agree to pick a third, neutral-ground religion. For example, if you are a Christian and your spouse Wiccan, the Norse religion offers both bearded patriarchal figures and lots of minor gods for every little plant and rock…

Unfortunately, there is no middle ground, no half-baked trick, when it comes to food. Inappropriate feeding behavior from a young age will lead your kid to a (shortened) life of morbid obesity and, worse, debilitating acculturation. So please, pack your belongings, your kid, and your kitchenware, and get the [edited French-expletive] out of the country. Once back home, file for divorce. It will be a piece of grass-fed-cow-unprocessed-milk-butter-y cake for your lawyer to win your case over your spouse. Simply reading the feeding abuse you’ve listed in your letter will win the judge over.

If you are not emotionally or materially able to implement this first solution, which, I am assuming, is not an unlikely outcome given how far you have already let your child’s well-being deteriorate, use every culinary trick you can to mitigate the tragedy your family is facing. Unleash your creativity! Dip the fries in homemade mayo! Sprinkle fresh goat cheese on the pizzas! Slip a thin slice of foie gras in the BLTs!

Your fight for your children is a fight for the civilized world! Every food nation on earth stands by your side.

Guru Guidance from the UK:

'If you give American culture an inch...'

Oh dear, oh dear, oh dear. I think you are right to worry. There are few things worse than people who are fussy about what they eat.

My advice is to seek a more constructive compromise with your husband. Try not to demonstrate your point of view through annoyance; instead look to build from common ground. Praise and encourage the beans, the carrots, and the fruit. Try to add in other bits and pieces if you can.

In the longer run, perhaps look for ways to make your home country food more engaging for your family – for example by involving them in the cooking or by watching programmes about it? Enlist your doctor’s help in getting information to your husband on what proper nutrition means.

Beyond these meagre suggestions, I’m afraid to say you might be fighting a losing battle. I am particularly concerned to read that you thought you’d ‘come to terms with American culture’, since experience shows that this is not really possible. If you give American culture an inch, it will push for the whole mile.

I think this is particularly true of the junk food culture in the US, which is a dreadful plague upon the country and, increasingly, the world. You will just have to join the thin, yet hopefully growing, ranks of Americans who are refusing to submit to it. When it all gets to be too much, either take him home for a visit or bring him over here for some proper curries.

Best wishes in this heroic endeavour.
Your faithful UK correspondent

PanGurus
Need perspective on a problem?  Looking for uncommon sources of common sense?  Ask our global network of advisors!  Send letters to pan@pangyrus.com.  Or, if you can help today's letter writer, add your comment below!  The very best answers could land you a continuing gig.
Latest posts by PanGurus (see all)
Share Tweet

Need perspective on a problem?   Looking for uncommon sources of common sense?   Ask our global network of advisors!   Send letters to pan@pangyrus.com.   Or, if you can help today's letter writer, add your comment below!   The very best answers could land you a continuing gig.