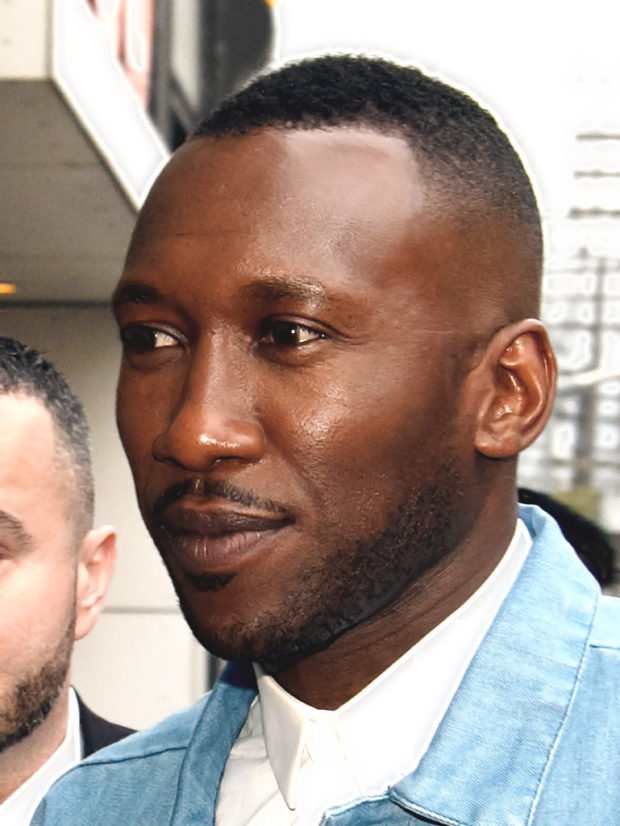 Can a Heretic Be a Hero? The Muslim Breakthrough of Mahershala Ali’s Oscar Win

Last week, capping off a successful awards season, Mahershala Ali won the Academy Award for Best Supporting Actor for his role in Moonlight–the first time a Muslim has won in an acting category.  Ali portrayed Juan, a Cuban-born drug dealer living in Miami who becomes a surrogate father to a bullied young boy and tries to instill confidence in him. In the role, Ali vividly conjures a man struggling to reconcile his illicit livelihood and an intolerant culture with his quiet, dignified impulse to care for a poor gay boy. A contradictory character, Juan is immortalized by Ali, whose understated and powerful performance helps make Moonlight a new classic.

Before Moonlight, Ali was best known for his roles in Netflix hit shows House of Cards and Luke Cage, but the 43-year-old has been acting since the early 2000s, around the time he converted to Islam. Asked about the experience of being Muslim in the wake of 9/11, Ali said that as a black man in America the anti-Islam prejudice was not a “shock.” One could be forgiven for thinking that Mahershala Ali’s Oscar win, hailed in an interfaith way as a breakthrough for cultural inclusion of Muslims, would also be celebrated widely among Muslims as a shared milestone.  It won’t, though, because Ali is a member of the Ahmadiyya Muslim Community,  a progressive sect dedicated to secular, liberal democracy that is vilified as heretical by other major Muslim sects and Muslim-majority states.

The Ahmadiyya Muslim Community was founded in 1889 in British India by Mirza Ghulam Ahmad, an Islamic scholar who claimed to be a reviver of Islam. His followers believed that Ahmad could help to end religious wars and condemn bloodshed by championing a vision of early Islam that promotes morality, justice, and peace. The movement’s attempts to propagate a peaceful vision of Islam became a target of conservatives in the region who saw Ahmadis as heretics, apostates and even infidels. Beliefs in the status of Ahmad as a reformer prophet and an interpretation of jihad as a personal, internal struggle inspired repudiation and condemnation by countless Muslim leaders, for whom claiming prophethood is a sinful violation of Muhammad’s status as the last prophet. Harassment and attacks against Ahmadis continued in the region throughout the early 1900s and escalated in the 1970s in Pakistan, with right-wing hardliners demanding that the government declare Ahmadis to be non-Muslims. In 1974, the socialist Prime Minister Zulfikar Ali Bhutto relented, and the legislature amended the Pakistani constitution to declare Ahmadis to be non-Muslims. Prejudice and discrimination against Ahmadis continued to grow in the 80’s when General Zia-ul-Haq, a heavily Islamicizing military ruler of Pakistan, promulgated Ordinance No. XX, which prohibits Ahmadis from identifying themselves or posing as Muslim. Consequently, Ahmadi Muslims are not allowed to call themselves Muslims, identify their places of worship as mosques, proselytize in any way, call for prayers or even recite the Kalma, the Muslim declaration of faith in one God and in Muhammad as his prophet. Violators are punishable with three years in prison.

For Maherhsala Ali, this means that Pakistani media and politicians will likely avoid acknowledging his historic Oscar win or will not acknowledge his Ahmadi faith as Muslim. In recent years, as Islamist movements and groups have flourished in Pakistan, the country has become deadly dangerous for the community. Ahmadis have been targets of the Punjabi Taliban, culminating in a 2010 attack on Ahmadi mosques in Lahore resulting in nearly one hundred casualties–the single deadliest terrorist attack on the sect.

Though Pakistan has been particularly discriminatory and dangerous for Ahmadis, the community is discriminated against and attacked in other Muslim-majority countries. Saudi Arabia has banned Ahmadis from entering Mecca, restricting their ability to perform the Muslim pilgrimage Hajj. The country has also gone on raids to deport foreign Ahmadi workers and arrest Saudi converts. Ahmadis are targeted for discrimination in Muslim-majority secular republics including Bangladesh and Indonesia, where Ahmadis have been assaulted and their activities have been legally restricted. Such discrimination has led to rising number of Ahmadis seeking refuge abroad. Throughout the last five years, Ahmadis were the single largest group of Pakistanis seeking refuge in the U.S. They accounted for over 50% of all Pakistani asylum applicants with 746 claimants.  Ahmadi asylum seekers have also fled to Southeast Asia and remote parts of Africa in recent years, with Sri Lanka, Nepal, Thailand, Uganda and Ghana seeing significant Ahmadi migration.

Ahmadis in the West are often held up as an example of Muslim embrace of liberal values. In addition to an influx of refugees in recent years, Ahmadis have had a presence across the US and Europe since the early 1900s when South Asian Ahmadis arrived as immigrants and began to promote their faith and proselytize. For instance, in 1920’s Germany, an Ahmadi sect based out of Lahore attracted converts by “preaching interreligious tolerance, practicing inclusion of homosexuals, and speaking out against racism, nationalism, and war,” according to the American Historical Review. In the US, Ahmadis have maintained missionary presences across the country in major cities, such as Chicago, since the 1920s. The community made significant inroads in African American communities prior to the rise of the Nation of Islam, preaching a multi-racial, inclusive faith.

Some of the success of Ahmadi integration into the West can be attributed to its governance structure: the community has been governed by elected caliphs who stress peaceful cohesion and denounce religious violence. Today, one of the community’s most popular mottos is “Love for all, hatred for none,” which is invoked along with community service and charity work. Ahmadis have also gone through pains to explain that they eschew any sort of state power and seek only a place in civil society. “Let me make it clear that the institution of Khilafat [Caliphate] leading the Ahmadiyya Community has no interest in power or government. Rest assured that true Khilafat has no worldly or political objectives,” the fifth and current Caliph, Mirza Masroor Ahmad, said in 2014. “The sole concern of the Ahmadiyya Khilafat is that the people of the world come to recognize their Creator and bow down before the One God.” Western politicians, from the left to the right, embrace Ahmadis as patriotic, peaceful citizens. In 2015, Conservative Canadian Prime Minister Stephen Harper praised the community for its embrace of Canadian values and its denouncement of violence. “By your words and by your actions,” Harper said, “Canada’s Ahmadiyya community has earned the respect and the admiration of all Canadians.”

The community has also produced some of the most talented and eloquent defenders of Muslims in the Western court of public opinion. Qasim Rashid, an Ahmadi human rights activist and visiting fellow at Harvard’s Prince Al Waleed bin Talal School of Islamic Studies, and Kashif Chaudhry, an Ahmadi heart doctor and blogger, actively engage across media outlets, regularly going toe to toe with conservative media in recent days to argue against the Muslim ban. Their exposure has resulted in Ahmadis gaining recognition as a peace-loving community that embraces liberal values. This cultural cachet and penetration of the media market has allowed Ahmadis to be heard across the world, with reporters now questioning foreign leaders about their welfare. An independent digital media source that reports on Ahmadis, the Rabwah Times, has also popped up and proven itself to be a reliable record of the community’s experiences across the world and been recognized by the Canadian and Australian governments as a reliable source of coverage. Yet, Ahmadis continue to be a target of hate and attacks in the West by those who see them as heretics or worse.  The most high-profile attack happened in 2015, when Asad Shah, an Ahmadi shopkeeper, was murdered by a Sunni extremist in Glasgow, Scotland.  According to Faith Matters, the attack was the culmination of fundamentalist anger directed at Ahmadis who they see as outside of their faith. A personality cult has developed around Tanveer Ahmed, the killer, who is celebrated and glorified in and around hardline American and British mosques and on social media.

Already, Ali’s win has produced a diplomatic faux pas from a Pakistani representative at the UN, who tweeted about the Oscar being a first for Muslims, only to delete her words after it was pointed out that Ali is an Ahmadi. In addition, Ali’s Ahmadi faith has triggered a discussion among the Muslim community, with some members taking issue with media descriptions of him as a Muslim. Ali has now become one of the most famous Ahmadis in the world, and his win will likely increase the community’s soft power. Countries that discriminate against Ahmadis will likely have to consider how to react if Ali tries to visit, weighing which would cause the greater media uproar, celebrating him as a Muslim trailblazer, or enforcing prejudiced laws that publicly deny his faith. In the end, Ali’s win will force Muslims of all sects to think carefully about who they deem to be Muslims and the justice of such a judgment.

Yahya Chaudhry is a graduate degree candidate at Harvard University who has also earned a graduate certificate in International Security. He is a freelance writer and editor with interests in international relations and literature.