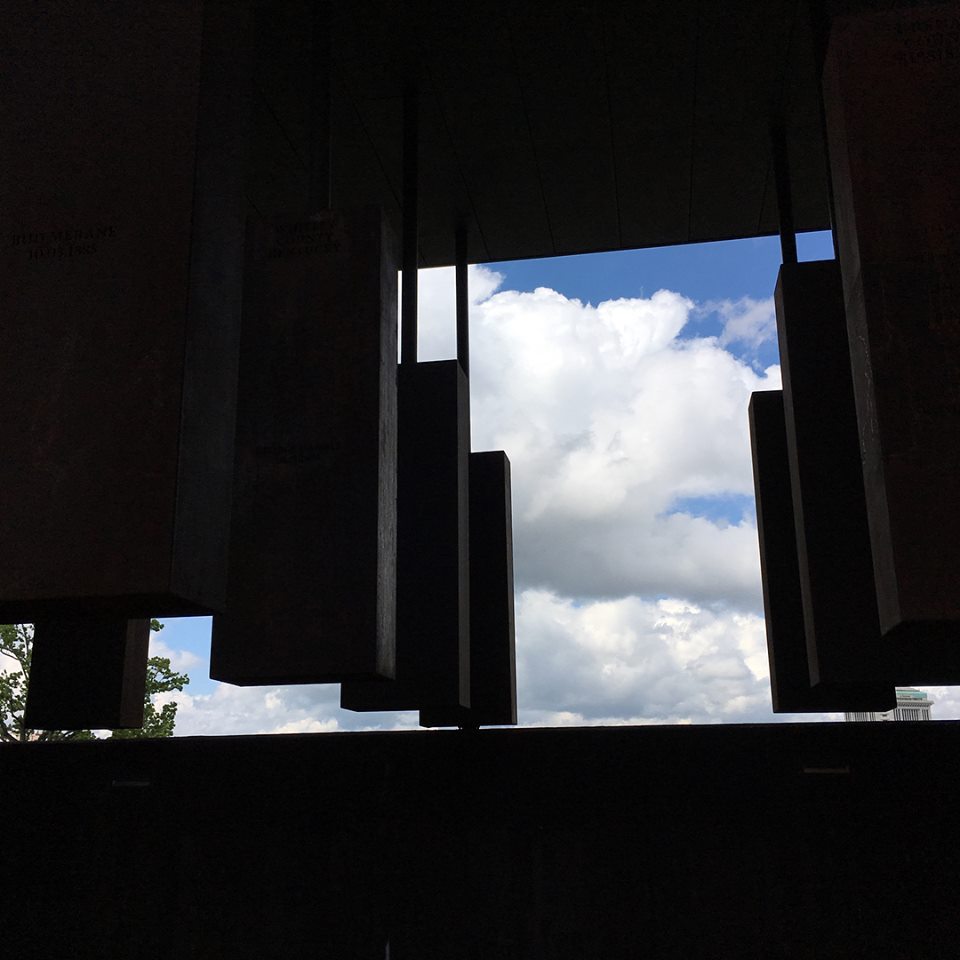 “Now I know what a ghost is. Unfinished business, that’s what.”

In 1904, Rufus Lesseur was abducted by a group of vigilantes on suspicion of sexually assaulting a white woman in Marengo County, Alabama. Despite the lack of substantial evidence, a jury trial, or any conviction in a court of law, Rufus was lynched outside a makeshift jail in Thomaston, his body riddled with bullets. He was 24 years old.

In Montgomery, Alabama, about 100 miles from the makeshift jail that still stands, a new memorial has been erected to honor Lesseur and the more than 4,000 Americans who were lynched. It is the culmination of years of heroic work on the part of the Equal Justice Institute and its indefatigable leader, Bryan Stevenson. I traveled to Montgomery last week to attend the memorial’s opening and to support the work of philanthropies fighting for criminal justice reform. What I experienced there could fairly be called a conjuring.

Ghost stories are deeply embedded in Southern culture. Enslaved people wove tales of “haints” or “spooks,” restless evil spirits who afflicted the living. As with many elements of the culture that developed among enslaved communities, these stories served a dual purpose — to be connective memories to common practices stemming from West African spiritual traditions, and to pass on coded messages about the brutality of slavery, subjugation, and death. Black fear of spooks and haints became a well-known stereotype — one often portrayed in minstrel shows, vaudeville acts, and early cinema.

The masters had their ghosts as well, though they were of a different kind, reflecting the base fear that their sin could literally come back to haunt them as terrifying revenants — the angry souls of the enslaved dead, intent on vengeance. In some parts of the South, they painted the ceilings of their porches “haint blue” to ward off and confound these spirits.

Of course, the lived experiences of far too many black lives have been more terrifying than any ghost story, as the National Memorial for Peace and Justice and the Legacy Museum in Montgomery make stunningly plain. Stories of men and women stolen from faraway shores, tossed overboard and drowned, of vessels of death trailed by sharks across the Middle Passage. Stories of forced marches overland to places of horrific bondage and extravagant wealth, spurred on by the lash of the whip. Stories of sexual violence and degradation, pervasive and persistent and passed through generations, of fathers holding their children as chattel. Stories of shadowy figures clad in white, prowling the night in search of black prey. Stories of torture and terror, of caprice and cruelty, of murder without justice and truths buried beneath soil and roots. Stories that say to all, clearly, that to be black — and simply to be — is to be shadowed by Death astride a pale white horse.

Stories like that of Fred Rochelle, who was burned alive at sixteen years old in Polk County, Florida for the amusement of the public. Or of Henry Smith, lynched at seventeen in Paris, Texas before 10,000 men, women and children. Or Robert Mallard, lynched near Lyons, Georgia for having the temerity to own a successful farm and attempt to vote.

These stories are the ghosts we carry with us, the specters of racial terror that followed black refugees up out of the South to visit them in the ghettos and prisons of the North. The stories that lodge in every mind, trauma encoded in genes and hardened in hearts. When I told my father that I was visiting Montgomery, his only reaction was fear — a bone-deep memory of water hoses and fire bombings, billy clubs and rough nooses. An instinctive terror that his only son might join the rolls of the haunted.

These stories are the spirits that haunt our public commons and private spaces, stir restlessly in places of commerce and industry, tread the quiet backwoods and creek beds. Montgomery, this city of ghosts, its streets walked by the children of slaves and the children of former slave-owners. Its elegant esplanade along the river, where once steamboats and barges disgorged thousands of men, women and children considered property. And today, its museum to account for this dark legacy, built atop the site where enslaved people were held in pens.

What is a haunting? Many scholars, philosophers, artists — and a fair number of fabulists — have attempted to describe the phenomena. One theory, drawing on the ideas of 19th-century intellectuals and pseudoscientists, explains it as a physical impression of an emotional or traumatic event, projected and stamped on a place, playing in an endless loop like a tape recorder on repeat.

Perhaps, then, we should consider our own hauntings: the endless loop of brutality against black bodies, caught on crystal-clear smartphone video; on grainy VHS tape; in black and white newsreel footage; in yellowing newspapers and photographs; in postcards and burnt bits of charred flesh taken as souvenirs; in daguerreotypes of scarred backs; in engravings that implore, “Am I Not a Man and a Brother?” This haunting of violence and hate, our birthright and inheritance, a shapeshifter of many forms and faces, will always be with us. We are possessed, in both senses — our minds and spaces suffused with white supremacy, wholly owned property of that ancient lie.

A possession requires an exorcism — a confrontation, an incantation, an appeal to a higher power to cast out demons.

That is what this memorial is. The facing of a shameful past and its dark tendrils that choke our present moment. The invoking of our ancestors’ names, their blood crying for justice from the ground, as a talisman of protection. An act of memory to ward off future evil. An appeal to our conscience in the hope that, finally, a malignant spirit be lain to rest so that the nation might live.