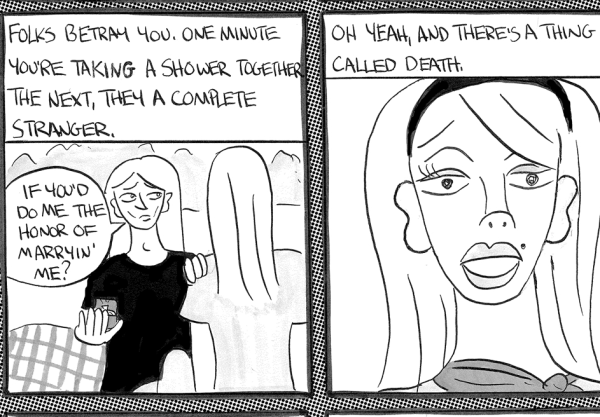 This comic is from the SubCultures Anthology, a collection of 36 stories by 36 different independent cartoonists, all about interesting, strange and fascinating cultures within cultures.
Click for the SubCulture Anthology’s site

Whitney Taylor
Whit Taylor is a cartoonist, editor, and writer from New Jersey. She received a Glyph Award and two nominations for her autobiographical comics Watermelon (2012) and Boxes (2014), as well as an Ignatz nomination for her miniseries Madtown High (2013). Some of her latest works include The Anthropologists (Sparkplug Books), which was selected as a Notable Comic for Best American Comics 2015, Ghost (self-published), and SubCultures: A Comics Anthology (editor, Ninth Art Press). Whit has also written about small press comics for Panel Patter, The Comics Journal, The Tiny Report, Nat Brut, and Comics Workbook Magazine.

Two Poems: Youth and To Silence