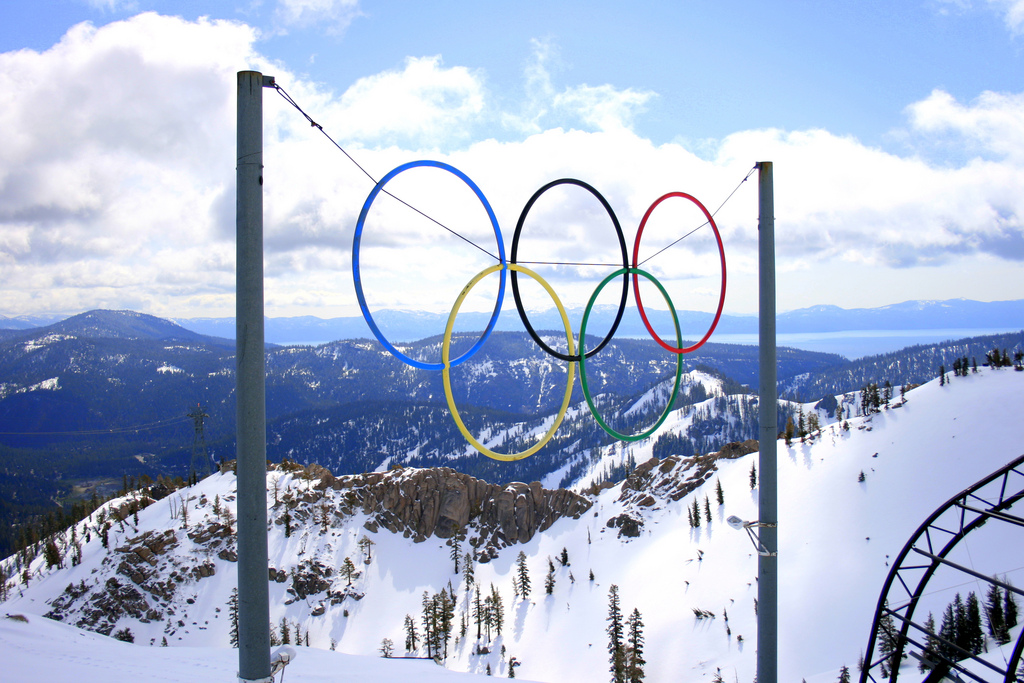 The International Olympic Committee (IOC) has a problem. With Stockholm, Krakow, Lviv, and now Oslo pulling out of the running to host the 2022 Winter Olympic Games, they’ve been left with slim pickings.  Of the two remaining contenders, Beijing lacks ski-fields, and Almaty (Kazakhstan) lacks credibility on human rights. Fortunately, there’s a simple solution. Let’s scrap the Winter Games.

Why such a drastic prescription? Not just out of fear of recreating Sochi’s pillaging of public funds ($50 billion, the equivalent of $18 million per athlete), Orwellian ‘free speech’ zones or environmental destruction. All these travesties are, in theory, avoidable. What can’t be avoided is that after 100 years of trying to reach Olympic standards, the Winter Games are not even close.

Consider the journey of one of Sochi’s most celebrated Olympians, Vanessa-Mae. Vanessa-Mae Vanakorn Nicholson is a Singaporean-born British violinist, and is to classical music what David Beckam was supposed to be to US soccer – sexy and hip in an industry with an image problem. Her qualification for the giant slalom in the Winter Olympics was cheered by the British nation, and especially its tabloids who had a reliable human interest story for months. A well-loved and accomplished celebrity had overcome the odds to succeed in a completely new discipline. So far, so good.

Even better, she was seeded last. Everyone loves an underdog, but the British have a peculiar fondness for the wildly outmatched. Their most famous winter Olympian was Eddie “The Eagle” Edwards, an amateur ski jumper who through hard work and personal sacrifice qualified for the 1988 Calgary Olympics and finished truly and impressively last. In fact, he was sufficiently slow that in 1990, the IOC introduced the “Eddie the Eagle Rule” to toughen qualification standards.

So there was no disappointment when Vanessa-Mae finished last. Following in Eddie’s glorious footsteps, she was not only last, but distantly last – a full 50 seconds behind the winner (which I suspect is the slalom skiing equivalent of several dog years). She set her mind to the challenge, scraped through qualification, and gave it her best – a testament to the Olympic spirit.  Or so it appeared before some of her qualifying races were exposed as fixed and she was banned by the IOC.

But the problems go deeper than fixed races.  Vanessa-Mae is testament to another feature of the modern Winter Games: partipation by tropical countries. Vanessa-Mae was not representing Britain. Instead, she qualified for the Thai Olympic team. Thailand was one of 13 national teams competing in 2014 who were not represented at the 2010 Vancouver Games as part of a trend of expanding international representation. There were 88 countries at Sochi, a record turnout and a doubling of attending countries in just 20 years. Togo and Tonga, Mexico and Malta, Cyprus and the Caymans were all flying their flags this year.

This diversity matters. As Principle 3 of the Olympic Charter states: “[The Olympic Movement] covers the five continents … bringing together the world’s athletes at the great sports festival, the Olympic Games.” Covering the five continents, though, has been a struggle. Born out of the 1901 ‘Nordic Games,’ the inaugural Winter Olympics in 1924 drew only two of the five rings (Europe and North America). International participation increased in the following Olympiads, but slowly; it wasn’t until 1972 that a medal was won by a country outside of Europe or North America. The recent international flourishing has therefore come as a relief, shoring up the legitimacy of the Winter Games as a truly global Olympic event.

Or so the IOC might like to think. Vanessa-Mae was not the product of winter sport renaissance in Thailand. Rather, she was the product of lax nationality rules, surplus cash, and above all, distorted qualifying standards.

Fiddling with the qualification rules has been critical to bumping up country participation. According to the Eddie the Eagle Rule, athletes are supposed to be ranked either in the top 50 or top 30% of their sport to compete at the Olympics. This rule, however, risked gutting international representation, so sports authorities have lately reverted to tiered qualifying standards. For example, take Vanessa-Mae’s alpine skiing. Two qualification standards have been set by the International Ski Federation (abbreviated to FIS because along with Quebec, Olympic sports seems to be the last stand of the French language). Under the “A Standard”, the top 500 athletes for each event are qualified to compete, but no country can enter more than four skiers. Under the “B Standard”, the bar drops much lower. If no one from your country is in the top 500, you can send an athlete provided they meet a points threshold. In Vanessa-Mae’s chosen event, there were 2,596 female athletes who passed that threshold, from a total global pool of 3,475 registered with the FIS. After making a decision that she has described as a “last-minute kind of thing”, Vanessa-Mae trained for 6-months, had her managers fix races to get some extra points, and qualified under the B Standard.

Bending the rules to promote international diversity is one thing. But in their desperate attempt to jack up the number of competing countries, the IOC has dropped the bar so low in sports like alpine skiing that if you’re from the right country, half the work is just showing up. The Olympics is supposed to be about competition among the world’s best athletes. But in events such as alpine skiing, most of the athletes are there just for show, ensuring that there’s a healthy amount of flag variation in the opening ceremony.

Having dropped the bar so low, the Winter Olympics have created a new legitimacy problem: they are turning the Games into a plaything for elites from tropical countries. Vanessa-Mae made no secret of her pragmatic reasons for representing Thailand – she wanted to be an Olympian and couldn’t qualify for the British team. (She has never lived in Thailand, but has a claim to Thai nationality through her father, from whom she has been estranged since the age of four).  She also had the second essential ingredient to be a Winter Olympian: money. Skiing is an expensive pastime and, fortunately for Vanessa-Mae, she had $30 million to burn. And so with cash in the bank, proof of Thai ancestry, and a world ranking of 3,166, she successfully fulfilled her dream of becoming an Olympian. Never mind the 3,000+ people ranked higher than her without claim to tropical country. Never mind the millions of Thais who are probably equally talented at skiing but could never dream of finding the time or money to train.

Vanessa-Mae is not alone. Prince Hubertus of Hohenlohe-Langenburg was back for his sixth Olympics representing Mexico. He lives in Lichtenstein and is now 55. Luke Steyn represented Zimbabwe – a country he left at the age of two for Switzerland. And if you’re not fortunate enough to have the right national connection, you can always buy it. Gary and Angelica di Silvestri represented Dominica at Sochi. The middle aged couple from the US paid $175,000 for Dominican citizenship and qualified in cross country skiing, which seems to have even laxer standards than alpine. Angelica failed to show up to her race. Gary quit after 300m of his 15km course.

The underlying problem is not that the Winter Olympics are trying to be more internationally diverse, but that the winter sports themselves simply aren’t internationally diverse. Sports are only supposed to be admitted to the Olympics once they have a broad global following. This test has never been applied to the winter sports, which got their own Olympics because in the 1920s enough Europeans thought it was a swell idea. After all, it just wasn’t fair to measure the sporting prowess of the Swedes and Fins solely on the basis of their summer performances!

The fact is, most countries don’t have snow, and those that do aren’t always interested in European snow sports. Hence, even after tinkering with qualification rules, the Games remain almost as white as the snow they are held on. North America, Europe and the former Soviet states sent 2,400 of the 2,800 athletes competing at Sochi, and won 284 of the 295 medal. Africa sent five athletes, and won no medals.

It’s time to face facts. The Winter Olympics are not about bringing elite athletes from around the globe together to compete in sports of common interest. They’re about a handful of countries with rubbish climates increasing their Olympic medal counts. Dropping standards to add some tropical flavor isn’t working, and to the extent it is, it’s adding a wealthy, disconnected elite who don’t deserve to be there. Winter sports can have their world championships. But they don’t deserve an Olympics.

This article is the product of a collaboration between Pangyrus and the Harvard Kennedy School Review.  For more information, visit harvardkennedyschoolreview.com.

Photo: “Olympic Rings” by Karina; licensed under CC BY 2.0

Jordan Ward
Jordan Ward is a Masters of Public Policy candidate at the Harvard Kennedy School of Government.