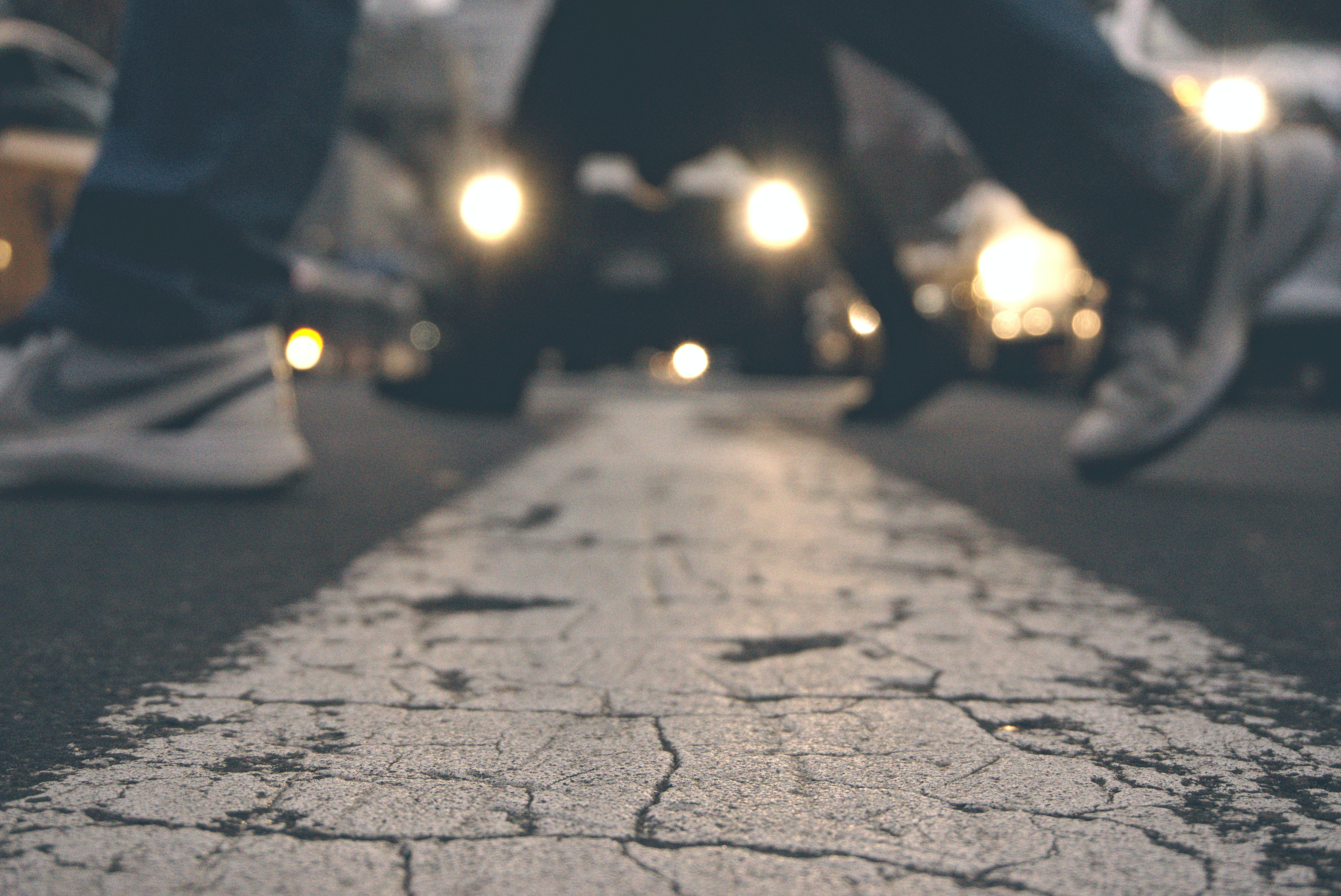 Subject: A Matter of Safety
From: The Dean of Students
To All Students,
Late this afternoon we learned that five of our students — three men and two women — have been the victims of an armed robbery off-campus.

I want this campus-wide email edited to say — the five students were totally sober, and it was Monday, and it was only just dark, just before 9pm, and the humidity was so thick. I want them to attach a photo of the five of us lingering in the freezer section of Food Lion with the door open and icy air blasting us, debating which ice cream would make the best milkshake. This email doesn’t describe Erin’s new blender and how perfectly she’d set up the apartment’s kitchen, how all we wanted on a Monday night, in a Virginia August, was a homemade milkshake in Erin’s new blender.

The email also doesn’t mention the pack of juice boxes I bought impulsively at the cash register, because they had Sesame Street characters on them and I wanted to seem quirky and cool, like someone Will might date. Will loved “500 Days of Summer” and it was too humid in Virginia to ever attempt Zoey Deschanel’s bangs so I had to be quirky in other ways, like juice boxes. I’d just been opening one, detaching the tiny plastic straw from the side, when we turned off the main road to cut across the empty parking lot. It’s okay the email doesn’t mention that, and doesn’t mention that I only cried after it all, when we got back and I saw that my knee had smashed Elmo’s face in, spilling the juice.

We are grateful that our students were not physically harmed during the incident.

What I want the email to do here is clarify “physically.” My knee had little pieces of physical pavement in it. Will’s face had a small physical bruise on it because when the men came up behind us yelling “get down” he turned around first and the man with the beanie hit him.

I want this email to clarify “harmed” because it’s more than a decade later and I can still pinpoint exactly which two of my ribs the gun’s barrel rested between. I do not take shortcuts anymore, and certainly not across parking lots.

When venturing out after dark it is always wise to travel with friends.

What I want this to say is — but they did and they were. There were five of us, we were all friends, we’d all been in touch all summer. I want to reiterate the first line — there were three men and two women. I was one of the women, in love with one of the men, who was the reason for my juice box purchase, and who was maybe dating a girl at a different college. I hated being out in the humidity, but I’d have walked to Richmond and back if it meant Will would choose me.

Maybe the college could attach a little map here, proving the web of friendship, drawing the connections between the five of us? Philip and Will and I had been freshman dormmates the year before. Will, Sam, and Erin all went to high school together, which is when Sam and Erin started dating, and when Will dated a girl with blonde side bangs. That ex-girlfriend was currently in my English class and was one of the people surprised, the next day, to learn that I was “a student from the email.” I didn’t, to my British Literature class, seem like a Person Who Would Be Attacked.

And what I want this email to specify, so I could forward to my family and friends back home, is that there’s a difference between Williamsburg where the Food Lion is located, and Colonial Williamsburg. People think we were mugged by a guy in colonial garb with a bayonet. Actually this is sort of amusing and it’s a good way to brush it off and make a joke of the whole thing. Like, yes, I’ll always be a little shaky after dark but isn’t it funny that one time I got attacked by James Madison in breeches.

Williamsburg City Police responded immediately and are leading an investigation.

I’d like this edited to include the policeman’s name: Lang. And I’d like them to describe how he is basically every Southern cop in every movie down to the aviator glasses and blonde hair that might suggest a surfer past, but unlike in most movies Lang never solves this case. He took our statements and considered that maybe they were fake guns and this, of course, is what people latched onto. Was it a real gun? I’m asked repeatedly over the next week. I don’t know, I say, I’ve never held a gun. I’m from a small town in New Hampshire that has plant swaps and lobster parades and my parents played Peter, Paul, and Mary on road trips so no, I don’t know a real gun from a fake but there was certainly some type of barrel in between two of my ribs.

The “investigation” was mostly comprised of a list of things that were lost: 3 wallets, 2 cell phones, my keys, Sam’s knife. What they don’t write down but were lost just the same: the juice from the boxes, our desire for milkshakes, my ability to walk through a parking lot at night, or see a gun without flinching. Lang had us describe the attackers in detail so they could do a sketch and I told them about the man’s large nose, shiny with sweat and the street lamp glow. I told them how both men were wearing black, but the man at my side had dark eyes that only met mine for an instant before forcing me to dig through my bag, hold out my wallet, face kept down.

Staff members in the Dean of Students Office are reaching out to the students involved to provide them with additional support and resources.

Mostly what I want the college to do here is just not lie. I would like them to tell the entire student body that the Dean of Students’ office still made me pay the $50 fee for a new Student ID, as if I’d simply left it at a bar, or lost it in the cafeteria, as if I hadn’t been held at gunpoint on a quiet Monday evening. In addition to our friendship map, I’d like them to attach my email chain with ResLife, which told me to pay $60 to change the locks on my door, and then apologized, rescinded that, as if they had only just realized there were guns involved.

But they could also take this opportunity to emphasize what the college was able to provide, without any effort: a gentle, understanding community of friends and roommates and classmates. The college provided a support network simply by existing, by being a place where we all found each other long before being robbed, and supported each other afterwards. By putting me in front of people I still love, who still care about me, so that I didn’t need a Dean of Students, I just needed the students.

I remain too astounded by the actual existence of a 1-800-Lock-U-Up line to have any edits to this particular part of the email.

There may be nothing we can do to fully insulate ourselves from the reality of crime in our world.

This part is true, even if it probably made 5,000 undergrads roll their eyes in unison. Lang came back two days later with a photo album of possible suspects and on the hood of his car we flipped through them together. No, no, maybe, no, possibly? I can’t really remember, it was dark, this one’s nose isn’t shiny enough. Erin’s wallet was found at the end of the road a week later, empty. The bruise on Will’s face faded quickly. My debit card was canceled, and Visa tried to upsell me on a Platinum account before giving up and mailing me a basic replacement.

I know you share my sense of relief that, as frightening as this experience must have been, our students were not harmed. As we begin this academic year, let us all continue to watch out for one another.

Over a decade later, the experience comes back to me in snapshots: the gun, the nose, the juice box. An Edible Arrangements bouquet my parents sent me after I persuaded them to stay home, to not immediately drive the 12 hours to me. Snapshots framed by this email, saved in the depths of my inbox. It’s not that I’m angry at the slightly corporate, slightly calculated university communication, or that I resent the understaffed ResLife team for losing our names among a shuffle of ID cards. I don’t mind that we were accidental celebrities for a day or two, until the next campus-wide email went out, warning about raccoons in dumpsters. I want this email edited because what else is there to tell the full story? This is the most official account I have; the police report is buried somewhere in Lang’s files, and I know it wouldn’t note any of this either. My snapshots. The blender, the humidity, the night. Will’s hand finding mine on the silent walk back to the apartment, my other hand brushing pavement from my knees.

Image: Photo by Steven Arenas from Pexels, licensed under CC 2.0. 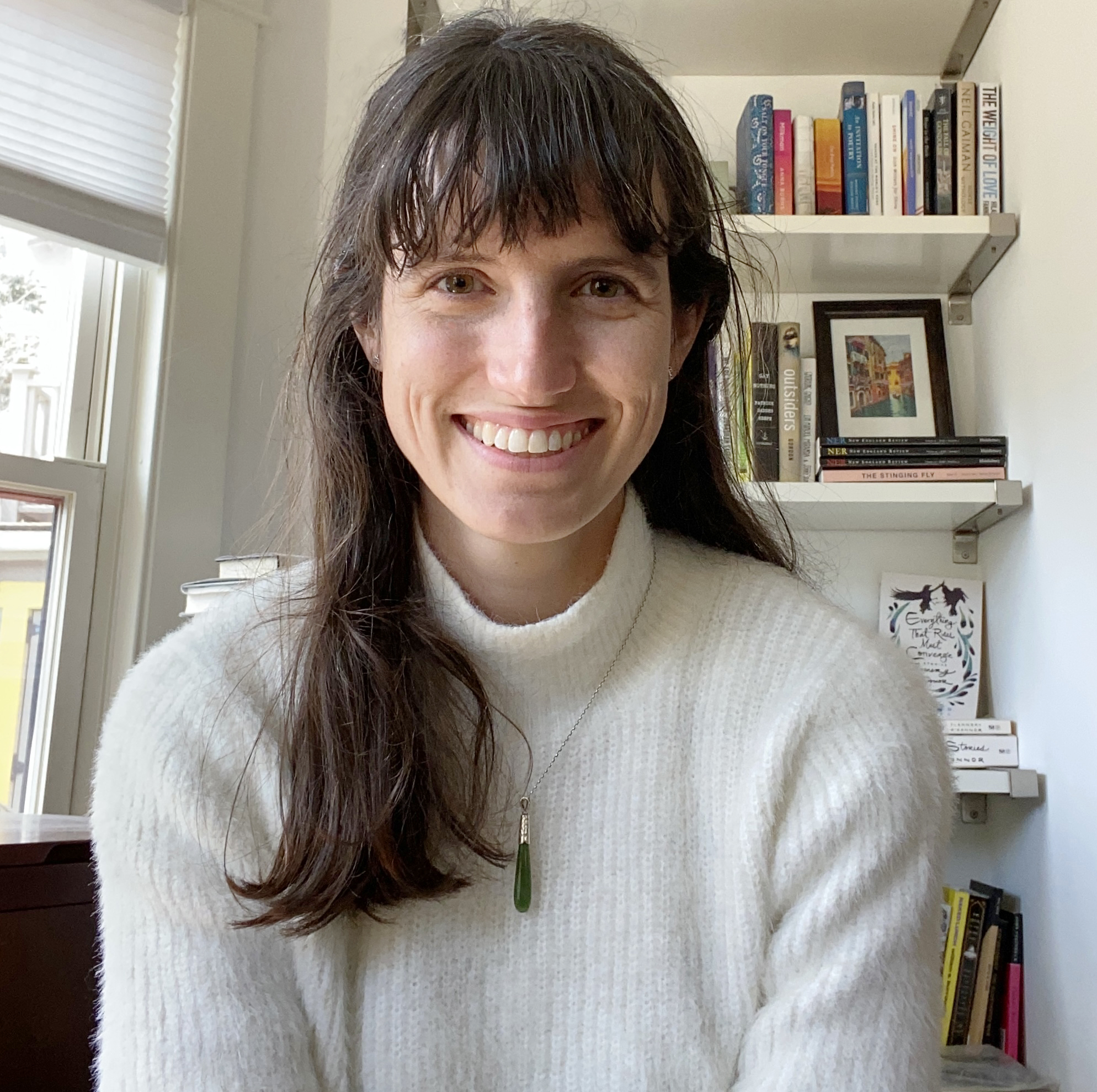 Jill McLaughlin
Jill McLaughlin is a Maine-based writer whose previous work has appeared in Channel Magazine and The First Line Literary Journal. She was the recipient of the 2019 Martin Dibner Memorial Fellowship.