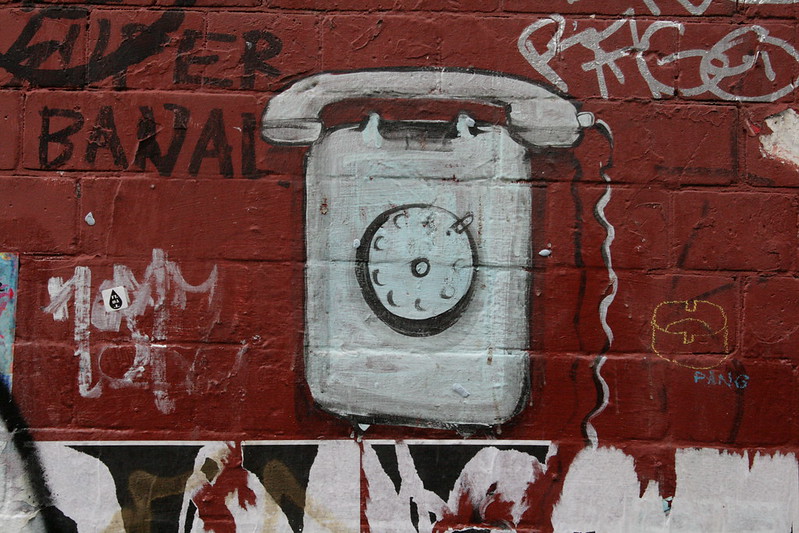 For an absolute stranger, Bob Coyne calls a lot. Over the past two years or so he has called at least once and sometimes as many as twenty times in a month. The messages he leaves are gruff and nondescript. “Hi. It’s Bob Coyne. [long, breathy pause]. Call me back. Bye.”

The voice is brittle with age, defeated. He knows no one will call him back. He’s ringing into the void.

I am an introvert with trust issues. If a number I don’t recognize appears on my phone I let it go straight to voicemail. After listening to at least ten of these cryptic messages over a couple of weeks, I start to get annoyed. I’ve been physically assaulted by men who might have voices like his. Who is this creep? Why is he calling me? What is up with the breathing?

After a typical day as a high school teacher of skipping lunch to meet with students, staying late to coach, and picking up dinner for my family, I stand in the Whole Foods parking lot and dial Bob’s number. The conversation is terse.

“Hello, this is Lindsay,” I explain. “I’m not sure whom you are trying to call, but I am not that person. You have dialed me consistently every day for the past two weeks. Please stop calling this number.” The phone line clicks and I don’t hear from him for a while.

I block his number when he starts to call again, but for some reason continue to listen to his messages. They’re mostly the same. His raspy monotone reports his name and —as an afterthought —a request to call him back. Sometimes he hangs up without saying a word.

One time, Bob Coyne calls to say he is trying to get through to the V.A.

One time, Bob Coyne calls and says that he is out of meds.

One time, Bob Coyne calls and says can you please just call just once. Please.

A year passes. We are now in the throes of the Covid-19 outbreak. Leadership— from the president, to our city’s mayor, to our Secretary of Education— is unraveling. Politics is at war with science. Capitalism shoves people back into unsafe work environments. No one seems to appreciate the precariousness of human life.

Our school is off for the summer and it’s anyone’s guess what the fall will bring. We all dread the worst, having seen the unfortunate qualities of humankind on display for the last three months. People without masks pack the beaches, declare the virus a hoax, swallow bleach because the president suggests it might be a cure. Nevertheless, in the midst of a pandemic and America’s relentless war on science and truth, we are planning to resume business-as-usual at school in the fall.

When Bob Coyne’s messages resurface — more frequently — during this time, they feel eerily appropriate: like an agitation in the far reaches of the universe, an anomalous but steady signal from another dimension, a red warning blinking on and off at the end of Midnight Street. Bob Coyne, I think. Please. Go to sleep.

Eight times. That’s how many times Bob Coyne called today. His messages have grown gradually more desperate, like the spool is running out. In one message, he asks if someone can pick him up some toilet paper. In another, though, he says the name of his daughter, Greta. And for the first time something inside me— a wintering outpost from some former era of defense— definitively breaks. I’m not sure what I was afraid of before these times— could I really have been scared of this?

When I unblock Bob Coyne’s number and call him back, I explain who I am. I am not his daughter, Greta, but I would very much like to help him find her. Is there anyone I could contact to assist in locating her? He politely declines, but actually says my name, along with a “thank you” and “God bless.” The sound of my name in his mouth is a kind of reckoning; a glimpse in the mirror after not seeing my reflection for weeks. I’m not sure I like what I see.

He leaves two more messages within five minutes of each other. One is for Greta and Alan, thanking them profusely for their lovely visit that day. But the next one is for me. He says my name again. He says he is sorry he’s called so many times. Unfortunately, he admits, he may call again. Again: “Thank you. God bless.”

An hour later I have picked up the phone, and he addresses me by name. “How do you know Greta and Alan?” he asks.

I remind him that I don’t but that I wish I did. “They sound like lovely people.”

Curtly, he agrees that they are. We talk for a little while then. He says he lives in Massachusetts, right down the street from Greta and Alan. Who knows if this is true, but I’d like to think it is, that there is someone close by who knows him. I tell him that I teach outside Philadelphia, but I lived in Boston for a long time, which is how I got this (617) area code.

At the end of this call, we are no closer to finding our way out of the labyrinth. I’m still not sure how, or if I can help him. But there is a light in his voice— something missing from the messages scraping like dead leaves through the last year and a half. He is talking to me, which feels like progress, understanding. These conversations might be the last vestiges of a shore on which he once stood with absolute confidence: solid ground we all take for granted. The blankness rolling through Bob’s mind is subjective, but its ripples are cosmic. In the eye of that turmoil and chaos, my number is somehow steady, resurfacing between the dips and froth of his consciousness. I actually have no idea what our talks mean to him in the larger context of his life, but I’m beginning to realize what they mean to me.

For six months I have woken up choking with fear, terrorized by dreams of forgetting. Where did I put my keys? Where is my bag? Where did I park the car? Or, my favorite 3 a.m. dream: I’m driving home from school when I realize I forgot my five-year-old daughter at home. Every morning, I take her to school with me where she also attends Pre-K. But in the dream she has been home alone for eleven long hours with no way to contact anyone. Of course, I’m stuck in traffic.

In real life? Days bleed together, as do the online classes that I’m teaching, my daughter’s Zoom school, Skype tutoring and meet-ups. My husband has lost his job in the restaurant industry as a result of the pandemic and I’ve taken on more classes to compensate. My very real ADHD—coupled with the constant change and interruption of schedules and news updates— is like getting hit, wave after wave, without any chance to recover. Friends appear and disappear from computer screens, and I wake up each morning trying desperately to remember what happened the day before, what was real and what was a dream and— if it matters— what basic tasks I need to complete that day. I know I’m not alone. We are all drowning.

On the phone, I want to whisper into the windy hollows of the receiving side: Bob, thank God you called. I can’t tell what’s real anymore, but it doesn’t matter. I actually don’t care about any of it. Not the dream, not the waking nightmare. I don’t see the validity or value of any of it, Bob. I love my daughter and my husband beyond measure, but you see it doesn’t matter. It isn’t enough. Without the illusion of progress that kept us busy all of these stupid years, what’s left?

When Bob Coyne finally finds me and I make the adult decision to unblock his calls and talk to him— knowing it may lead nowhere and may do nothing practically to solve the “problem”— I wonder if maybe I’m not, in a way, kind of like Greta and Alan: questionably real, imaginatively relevant, trying to live up to an ideal or an idea that I’ll admit is just as lifesaving for me as it might be for Bob. In another life, I’d like to believe that I did this from the beginning: that I’d opened the lines of communication for someone more genuine and vulnerable than myself. I wish I had that capacity for humanness in me. Then, I would have been here the whole time on this only, very real and disappearing shoreline.

As shuddering as reality is these days, I want to think that there is a way that one lost soul can knock on a door, and keep knocking until the person on the other side —numb, estranged, adrift —finally hears a heart. 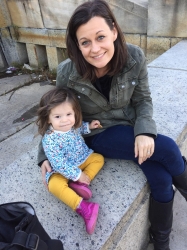 Lindsay Coleman
Lindsay Coleman teaches 10th and 11th grade English outside Philadelphia, where she lives with her husband and five-year-old daughter. Her poems have appeared in Jubilat, Fairy Tale Review, H_ngm_n, and Forklift: Ohio. This is her first nonfiction piece.