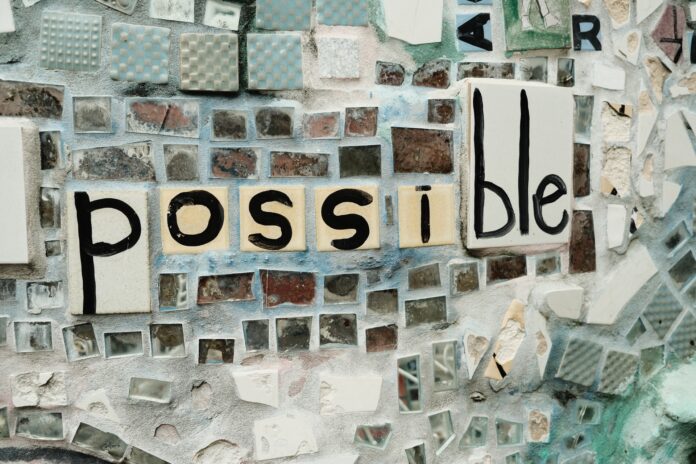 You were embryo #10. You brewed in your petri dish, doubling every day in the low-humming laboratory. I imagined you, exposed under the microscope, and in my mind knitted a cozy snug around your glass.

Every day the doctor had called with news, and I braced myself. Of the 13 eggs that fertilized, 10 zygotes looked promising, and three were touch and go. Seven graduated to blastocysts, rapidly dividing balls of cells, and you were one of those. On day five you were flash frozen at 100 cells big. You looked, and still do, like a bead of glass.

I sent all of you out for biopsy, a key genetic screen. Scientists in bouffant caps probed your DNA for any missing chromosomes or extra ones. Terminal bloopers were common, at 47% odds. They could start from buggy sperm or egg, or live-action mistakes as the whole thing duplicated. Mitosis is a five-step dance with white-knuckle choreography.

It turned out four of my embryos had lost count as they divided, knocked off the beat by a chromosome or two. With these specific quirks, they could never come to term. Two cleared as “normal,” their chromosomes sound. And you came back “mosaic.”

When I learned this word for you I saw colored glass with light pouring through.

You were mosaic in the sense that some of your cells tested normal, some didn’t. You were a mixed bag. A wildcard. It could be the normal cells that would prevail, or it could be the abnormal cells that betrayed your fate. The geneticist typed in written notes: “While most chromosomally abnormal embryos are not viable, mosaicism makes any condition potentially viable in an ongoing pregnancy.”

Potential to go either way. Potential that included, she noted: “No implantation, implantation with miscarriage, an ongoing pregnancy affected with a genetic condition, and live birth of an apparently chromosomally-normal and healthy child.”

Either way, your room and board was due. The lab reached out: “Keep in mind you have an abnormal embryo remaining in storage. You can decide to keep it and pay the fee or you can dispose of it and we can waive the fee.” I’d already paid up for the two “normal” embryos, but rent for you, I’ll admit, gave me pause.

Your odds were these: Compared to a “normal” embryo, you carried a 10% lower implantation rate and a 12% higher miscarriage rate. Chances of a live birth were 37%, not even half a chance. I asked myself how lucky I felt, and the answer was mosaic.

My doctor said, “There’s an art and a science to these decisions.” Art, I learned, is what they call science when it gets emotional.

My oldest friend is the only person I know who does both, a doctor with a studio art degree. And I kept thinking of that time I watched her, long ago, barefoot in pine needles, making a mosaic. On a concrete wall, one by one, she nestled sea-smoothed stones into a bed of white mortar. She followed no pattern that I could see. But gradually, from the light stones emerged a parade of long-legged beasts, and from the dark ones, sky behind them.

The wall belonged to a place in Maine where I spent summertimes, a forest house that smells of butter and wet wood. Where dishes get scrubbed in a dishpan, and beds are built into the walls, like on a ship. It is the type of house that has a towering papier mache giraffe in the living room, without comment. Pottery shaped like fishes. A rope hammock strung indoors and newspapers stashed for kindling.

Mosaic, it’s statistically possible that one day I might take you there. We might rock in the hammock like I used to with my dad, while I keep you warm in a striped wool sweater. You might climb the scary ladder to the loft, your sock feet slipping. You might nap in the room with the wall of glass and wake among the pine trees. We might pull smooth rocks from tide pools and sort them, white and gray.

The thing about you was, apart from being mosaic, you were perfect. Your morphology, the shape, the look of you, was rated “good.” I felt a foolish pride in you for that. On morphology, even some of your “normal” siblings were only rated “fair.” What’s more, less than half your cells turned out to be abnormal, which improved your outlook. “In the study,” the geneticist typed, “embryos with <50% mosaicism had better outcomes.”

The more I said your name, Mosaic, the more I pictured tiles on a shrine in a faraway place. A place that banned idolatry, where artists, rather than depicting God, had learned to tessellate. With dumbfounding complexity, they arranged ceramic fragments into geometrical patterns with, five-, 10-, even 12-fold symmetries. Centuries later, a mathematician would classify these patterns as “quasi-periodic,” recurring but unpredictable, hard to measure. Eventually, the same pattern was discovered in strange metal alloys that broke the rules of geometry.

Confounding, renegade, like you. A punk in petri dish detention. Or just too smart for school, running on math a century out from solving.

I pictured this: Your sperm and egg, in spackled smocks, yearning to draw God’s face. In you they did, a portrait that defied the rule of law. They stepped back to behold you and fell down on bended knees. Then chastened, scrambled you mosaic so no one else would be tempted to worship you.

You were a backroom deal.

I learned that if I used you, I’d be on my own. My doctor wouldn’t thaw you out and put you into me. Mosaics were risky for the clinic’s business, a potential blight on their soaring success rate. But the geneticist reassured me that other, less conservative facilities would do it without qualm.

What were these shadow clinics? I pictured a dark alley, a password, a kerchief soaked in chloroform. How would I get you there? A deep freeze picnic cooler? A bike messenger paid in cash, whisking you, in a liquid nitrogen bath, down Wilshire Boulevard?

“Look,” the geneticist said, “we’ve discovered so much about mosaics recently. The study I’m citing just came out last year, and changed our thinking. Outcomes are significantly better than expected. Another year later, what else will we know?”

In the meantime, you kept squatting in your freezer, rent check well past due. I did the research that I could, inside the dictionary. You came from the medieval Latin “musaicum,” or “work of the Muses.” Medieval mosaics were often dedicated to the Muses, of which there were nine. Muses for everything from music to astronomy to comedy to tragedy. Of all the art forms it’s this one, the arrangement of fragments into more than their parts, that takes the Muses’ name.

Comedy, tragedy. 100 cells that might tip either way. That might wear velcro sneakers, dirty pink. That might become a kid brother, or neither boy nor girl. You might grow 45 chromosomes, or even 48. Too experimental, in the end, to come to term. Next year’s science might rewrite your odds as really very promising. You might wheel across town in a biohazard bin. You might fall from the piano bench and bruise your cheek. You might grow white whiskers on Mars. You might be “good,” you might be God. You might stay frozen forever, suspended in time.

They say Mosaic Law came down from God, through Moses on Mount Sinai. Mosaic as “of Moses.” God spoke to him, he wrote it down, and those pages became the law. Mosaic Law means “Torah” now, the Bible’s first five books. And Torah means “instruction,” for every situation under the BCE sun. How should we rule, Mosaic, in a legal case like yours? If I asked you for a sign, would your petri dish catch fire?

Mosaic Law’s eccentric sister is called Kabbalah. I traveled once to its epicenter, the ancient city of Tzfat. I remember one steep hill and stone buildings and a pervasive sense of hush. The city is home to mystics, deciphering and divining, working hard to close the gap between the earth and the eternal. By their tradition, our world began as vessels of divine light. When the light broke loose, the vessels shattered, scattering sparks and shards below. It’s our lot in this blasted place to pick up all God’s wreckage and make things whole again.

I paid your rent, Mosaic.

Who knows? Maybe it’s you who’ll see where the pieces go. Maybe we’ll be walking in the woods, your bare feet sticky with the sap of conifers, and we’ll come across some broken bits of clay. We’ll bring the pieces home, and I’ll get glue, and you’ll pick out a wall. You’ll place them into patterns like the spots on a giraffe, fitting together randomly yet somehow by design. And when you’re done, the late day sun will fix it fast in place. Maybe I’ll wet my finger with my tongue, like my mom once did, to wipe dirt off your face. I’ll pick you up, cuff your overalls, and help you wash your toes. I’ll smooth your hair and sing your song and lay you down to nap. And while you dream of tall giraffes, I’ll tell you your first name.

Image: photo by Chang Ye on Unsplash, licensed under CC 2.0. 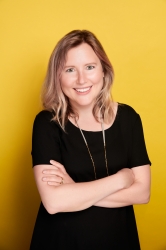 Leah Rubin-Cadrain
Leah works in creative tech, developing new, meaningful applications for augmented reality. She's interested in forecasting the long-term impacts of innovation, ethical design, and human flourishing in the age of AI. She is also a certified California Naturalist, committed to conservation and biodiversity. She lives in Los Angeles with her wife.