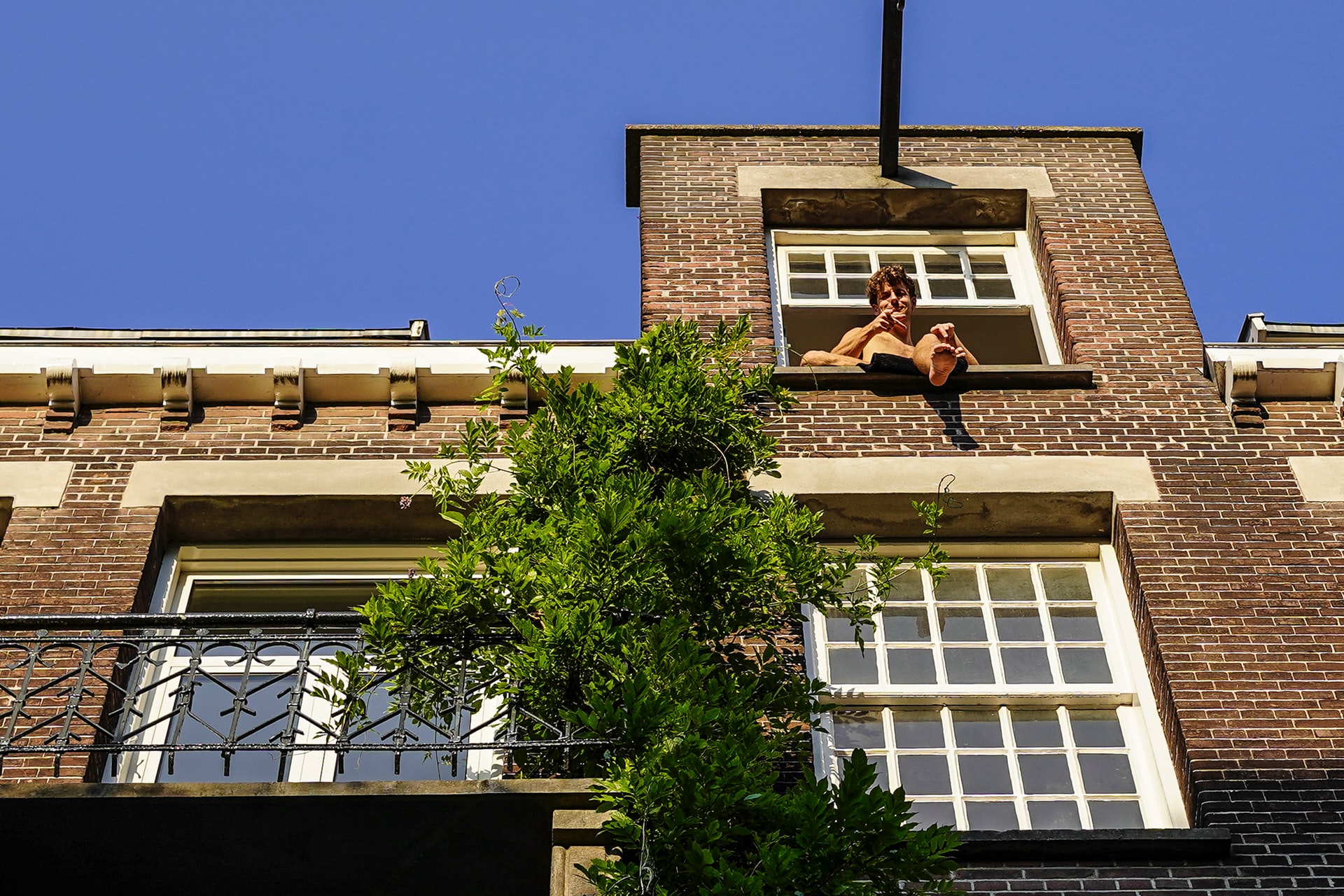 I don’t like to plan, but I want to have a plan. I want that feeling of security before heading into a situation, a to-do list in my pocket, reminders scratched on post-it notes, a google calendar mapping out my day. Inevitably, the plan will fall apart, along with the false sense of security that what comes next can be controlled. But that doesn’t stop me from wanting one.

The plan was to move to DC for a summer internship to be closer to my then girlfriend. We were still in the too-soon-to-live-with-each-other-yet-see-each-other-every-night stage, so I jumped on Craigslist to search for housing leads. I researched furnished apartments within walking distance of downtown. Calls were made, landlords were contacted until I found a place that was overpriced with a four-month minimum commitment.

At the last minute, I got word that my girlfriend’s friend of a friend was subletting their place. It was a bit further away but in a quirkier neighborhood called Mt. Pleasant with gay roommates. No commitments, no forms to sign, so instead of asking more questions, I said let me know when I can move in. That’s how I ended up living in a nudist, gay commune over a sticky DC summer.

The place was owned by two older men who called each other Mister and slept in their second-floor bedroom with the door wide open. They kept compost in yogurt containers in the kitchen, which attracted black flies and exuded a strong smell. I once opened the oven in search of some pans (the logical place to store things) when I discovered a hard, green substance inside. The oven hadn’t been turned on since I’d arrived two months before. Pizza? I thought as I grabbed some old newspaper to throw it away.

I lived with the Misters, two other men, and a woman who was my roommate for about a week before the woman moved out into a nicer (read: clothing required) apartment downtown. As plans go, my girlfriend ended up moving back home due to a health scare just as I was moving into this unfamiliar place with no A/C. But it was too late to find another internship so I stayed. My roommates and I made a habit of lying on the basement floor after dinner to stay cool. We would spread out with as much bare skin as possible touching the cool ceramic tiles, breathing in the dusty air.

We shared one bathroom among the five of us. It was one of those European-style wet baths where everything in the bathroom can (and did) get wet. The shower head was directly over the toilet and a plant hung from the ceiling that would brush against my shoulders. I had to remember to close the toilet lid and leave the TP outside each time I showered. Otherwise, if I forgot, I was left standing in a puddle of pee water with soaked TP. There was a small sink on one side and a drain in the middle of the floor. The bathroom was on the second floor and whenever the shower was turned on a pipe leaked by the kitchen. It sounded like summer rain.

I had a tiny room in the attic on the third floor. It was so hot up there I felt like I was sleeping next to the sun. I had three fans that blew in my face, kicking up debris that stuck to my white shirt like a swarm of gnats.

In the mornings, the Misters would make me a coffee with latte art in the shape of intricate geometric designs. I wouldn’t dare drink it until I’d put it in the fridge to cool. I’m not sure my body could ingest any more heat without boiling over. I got in the habit of sucking on frozen peas throughout the day, leaving a trail of water drops wherever I went.

When the other female roommate moved out, I was jealous at first. She had gone back to a planned, meticulous life with clean counters, cool air, and clothes. When she invited me to her new place for a housewarming party, I jumped at the chance. I put on a stringy dress and arrived with my seven layered vegan dip and a bag of chips in tow. We sat on oversized couches with beautiful displays of cheese and olives spread out on an expensive looking board. Someone opened the bag of chips I brought and dumped them into a wooden bowl. They served wine in actual glasses, handed out cloth napkins, and ate with metal silverware. They spoke in the DC chatter I despised, asking what I did for work, which school I went to, how many letters were after my name. After about an hour, I realized I was the only one eating my dip. I admit it may have been hard to distinguish the seven distinct layers that melted on my walk over (they were all there: guacamole, refried beans, salsa, cashew cheez, nutritional yeast, lettuce, and peppers), but it was food all the same. As I packed up my things to head out, someone handed me my plastic tub of dip. I got goosebumps on my arm when our hands touched. The place was too cold for me anyway.

I returned to the feverish apartment of exposed skin. My roommates were lying on the couch so I joined them and offered them some dip. They ate it by the spoonful and told me about their day. They were unkempt and hairy, with red bumps and soft spots.

I became familiar with A’s birthmark on his behind, how R’s skin was like chicory root, slippery and rough. The way C seemed to have a line of hair from the tip of his head down to between his butt cheeks as if someone had drawn it with a pencil. Their bare asses left sweat marks on the kitchen chairs in the shape of elephant ears. They walked around as if they had never known what it was like to be covered and taught me what a self could be like, unclothed. 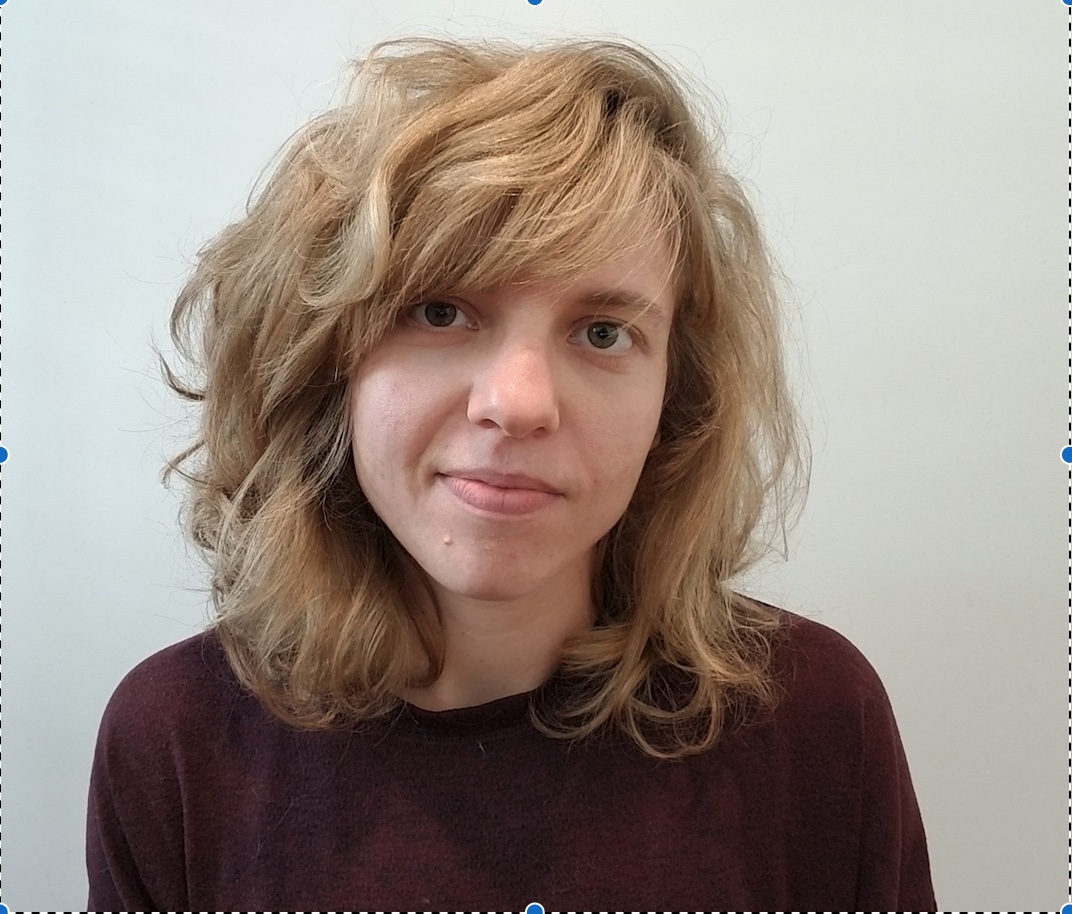 Amy Glynn
Amy Glynn is revising her first novel. In her spare time, she writes a monthly newsletter, Outtakes, about bloopers from her life. You can sign up for her newsletter here. She lives outside of Boston with her partner and two cats.