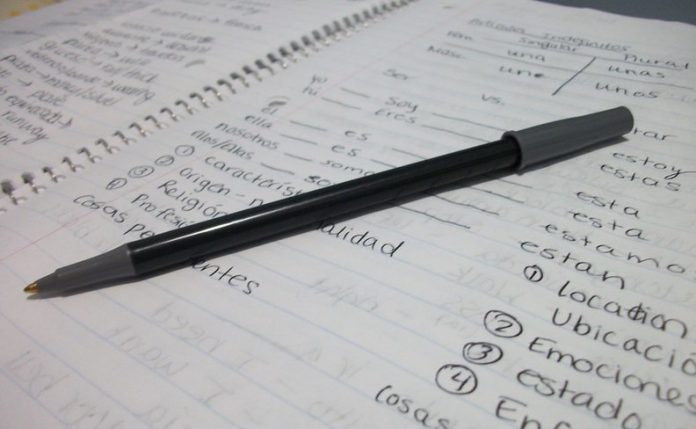 My friend, Leticia, is in the middle of telling me a funny story in the Spanglish we often speak together. We’re on an escalator and she’s trying to keep her voice down, but she’s half-laughing and it’s hard for her to control her volume when she’s like this.

“Y mi nieto dice, ‘Abuela, why are you….’” Leticia laughs into her fist and squeezes her legs together. It takes a few seconds for her to say the rest of what her grandson said: “¿Por qué lleva un pañal?”

Then, she looks at me. For a moment, I feel stupid. Uncool. Lost. I’m floundering…trying to retrieve the word: Un pañal…un pañal….what is un pañal? Instead of asking, I pretend to understand. I laugh until we reach the top of the escalator and step off. She looks at me again. I wonder if she can tell I’m an idiot, a faker, a fraud. A pocha.

“How embarrassing,” I say. I mean it.

I’m embarrassed to admit it, but there’s not enough Spanish in my brain. My Mexican-American mother speaks the language fluently, but my siblings and I don’t because:

1. My father is Irish-American. He always spoke English to her and us—just like the world around us.

2. I grew up in a cowtown in the middle of California, where English surrounded us on all sides. There was almost no opportunity to use the language, since everyone was speaking English.

3. In the 1970s, speaking Spanish was still discouraged in schools, unless you were in Spanish class. Even so, curriculum included phrases, like ¿Donde está la biblioteca?

4. I have a problem memorizing the oceans of irregular verbs and verb tenses.

Pick a reason why I don’t speak fluent Spanish; there are so many to choose from. I have a closet of excuses in all different shapes and sizes. There is one reason I rarely examine: Spanish was systematically stolen from me. My inheritance, la lengua de mi corozon y mis antepasados, was taken from me before I was born. A widespread belief, a value system that infiltrated the educational system, decided for me that Americans should speak only English.

One generation before me, children of immigrants were made to feel ashamed for speaking Spanish. They subsequently raised children to speak perfect English. My generation feels shame for not speaking Spanish, even when our names or complexions suggest that we should. Somewhere along the line, mi lengua was removed from my quiver and I’m not empty-handed. No one is taking responsibility for this theft. I’m slighted out of my inheritance.

Today most people living in the United States recognize the need for fluency in at least one other language. I watched a TED talk where a polyglot—someone who speaks more than three languages—proclaimed that there is no secret to learning languages, you just have to do it. I wanted to leave a rude comment, telling her she’s clueless, but I didn’t. Instead, I drift off, and remember how the subject of Spanish is barbed, like wire. Even Grandma knew it was the language of the oppressor, the empirical Spaniards, who conquered a conquerable people and robbed my poor ancestors of their land. The Spaniards enslaved them, had them plant and harvest sugar, then sold it to the rest of the world. An underpaid and underfed workforce, many Mexican people starved.

Oddly enough, the Spanish language became the replacement language for the indigenous people when they surrendered their own. A widespread belief, a value system that infiltrated the educational system, decided for them that Mexicans should speak only Spanish.

And yet, Spanish is the only thing that connects me to my grandparents’ homeland. I remember them speaking it, and I want it in my life. It’s the only thing that I can’t seem to conquer, no matter how hard I try. While I was thinking this, I accidentally heard something the polyglot said: Take the learning into your own hands.

She’s right. The only way for me to repatriate mi lengua is with my own clumsy hands. I try a little every day, like a child building a bridge out of popsicle sticks. I join a Spanish speaking writers’ group. My fellow writers switch back and forth, from English to Spanish, accomplished as swordfighters. My first attempts at writing and reading my work in Español are raw and painful. My fellow writers squirm as I try to pronounce some words, but they don’t laugh. They accept me and my insane mission. They encourage me to keep trying, but accept myself as I am.

When my mom hears my Spanish poetry, she corrects my pronunciation in some places. When I’m finished, she smiles. She tells me I’ve made a good effort, but adds that I should stick to writing poetry in my own language. I don’t know how to answer.

A few days after she hears me read this essay aloud, one of my new friends from my writers’ group offers to teach me Spanish. She does this for free, during this pandemic. Learning Spanish on her front porch has proven to be harder than I imagined, especially memorizing so many nouns. Human beings love naming everything in the universe, seen and unseen. Memorizing nouns is critical if you want to describe a complicated world. Some nouns are purposefully cruel. The worst one is pocha: a Mexican-American woman who can’t speak Spanish.

I vow to overcome this noun, even if it takes me a lifetime.

Image:  “Modern Languages” by The LEAF Project, licensed under CC 2.0. 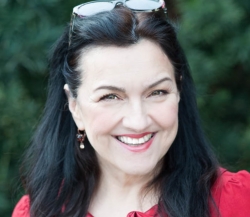 Janet Rodriguez
Janet Rodriguez is an author, teacher, and editor living in Northern California. In the United States, her work has appeared in Eclectica, The Rumpus, Cloud Women’s Quarterly, Salon.com, American River Review, and Calaveras Station. She is the winner of the Bazanella Literary Award for Short Fiction and the Literary Insight for Work in Translation Award, both from CSUS Sacramento in 2017. Rodriguez has also co-authored two memoirs, published in South Africa. Her short stories, essays, and poetry usually deal with themes involving morality in faith communities and the mixed-race experience in a culturally binary world. She has an MFA from Antioch University, Los Angeles. Follow her on Twitter @brazenprincess