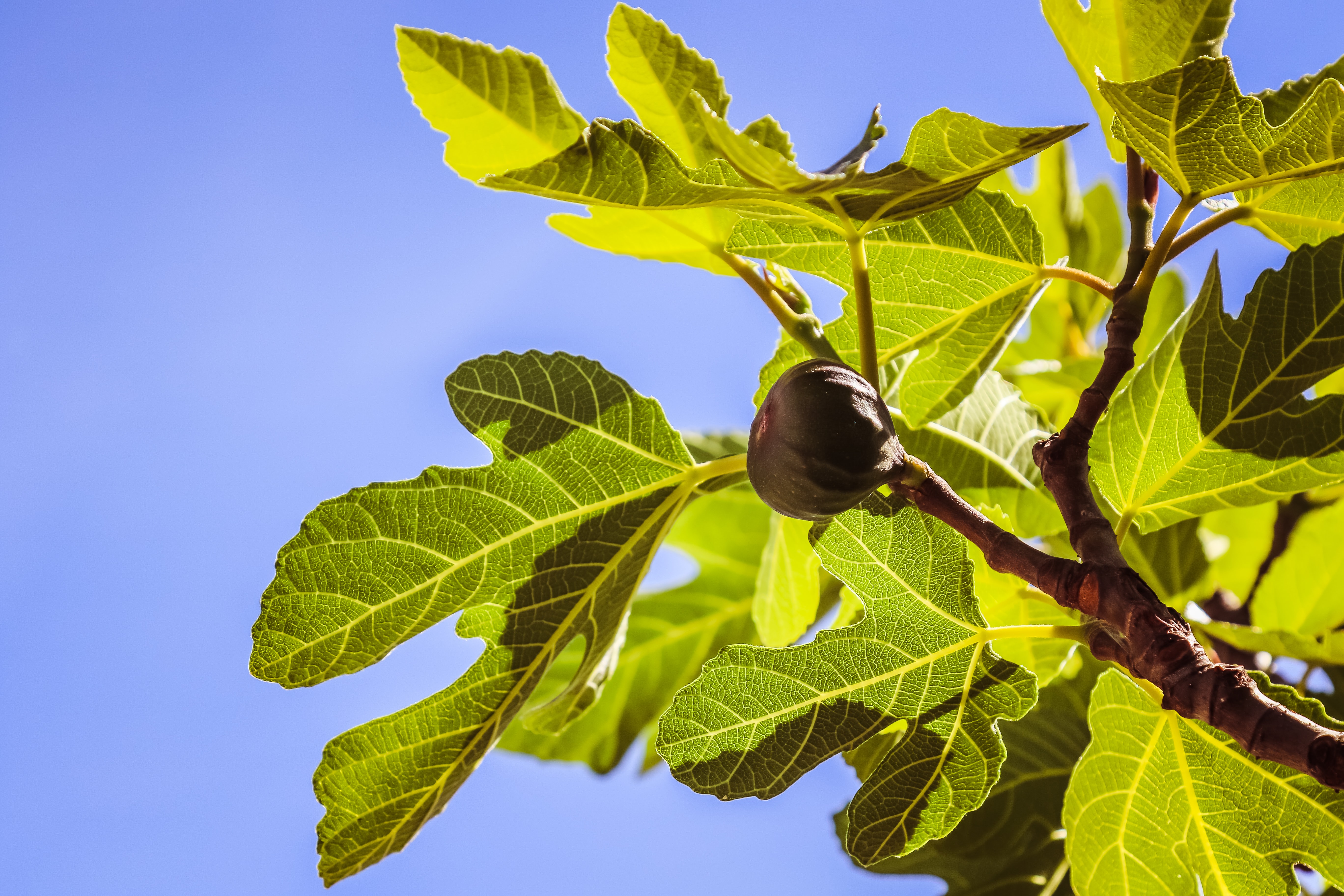 Because of the virus, we moved to Sonoma, into a little house we have on the top of a mountain, with its gnarly garden and an ancient, tangled fig tree whose lower branches are so long and heavy they crushed the post and rail fence below. When the fence fell, someone, and I don’t know who, propped up the biggest, heaviest limbs on forked branches foraged from neighboring bay trees. This looks bad-ass.

The fig is ridiculously prolific. Its leaves are lush and massive, and they unfurl, all together, in the space of a single May week. The tree bears fruit twice in season. The first fruit, in early July, arrives dainty and purple; you need to hunt for the figs behind low sheltering leaves or up high inside the beautiful, snarled arbor. July figs are a little sweet and a little bitter, and they are gone before you know it.

The late-August fruit, though, is rampant, and it thrives on the tree late into the fall. These second-harvest figs are huge and brown, ripening in a matter of hours and bursting open on the branch if you don’t pick them early enough. The birds find the tree first thing in the morning and eat the shady side of the fruit; when you pick a fig they’ve visited, you come away startled by your perfect half.

Fig trees weep when you take their fruit, and the white sap clings and burns, itches and stings, even after a shower, even if you scrub your skin with a sponge or towel or a vegetable brush. You should wear long sleeves and gloves to pick figs, and carry a sharp pair of shears. But I never do.

This fig is a perfect climbing tree, and I have spent hours in its branches watching the birds forage, reading a book, hiding from guests, or picking fruit that I wasn’t meant to find. Our first August on the property, my right foot slipped off a high branch and I fell through the layered branches, through leaves and fruit, toward what should have been the distant hard ground, but ended up, instead, being the perfect cradle of the tree’s three lowest branches. My hands were scraped from the grabbing I did on the way down, and my glasses were missing from my head. Otherwise, I felt great.

Three months later, the tree went dormant. By November, the wide green leaves had shriveled in place; by December their brown husks had fallen to the ground. The few figs at the very top of the tree that neither I nor the birds had managed to grab dangled black and flat against the baring branches. I had never owned a fruit tree before, and had not educated myself about this one. To me, the tree looked deader than dead. I wondered, with all my climbing and picking and tumbling, if it would ever be the same again.

By March, though, the tree was in bud again. When I looked up through the gorgeous skeleton of its arbor, I saw my August glasses dangling from the topmost branch.

The fig comes back bigger, stronger each year, with more fruit than I can handle. I can’t harvest it fast enough. Each weekend, I pick buckets to give away at the farmers market, only to find the crop has doubled on the vine by the following Friday. It’s a time-lapse thrill, to leave the fruit-stripped tree on a Sunday and return, like Strega Nona, to find it bursting again with fruit five days later. We invite friends and family, we invite people we meet in the grocery store or in a restaurant, to join us for a day of harvest, for our pagan ritual of climbing and picking, itching and scrubbing. It’s a paradise when people come; there’s enough for everyone. We eat more figs than we save, and we garnish salads and cakes and roasts with the ones that make it into the baskets.

Figs grew along the Nile Valley in ancient Egypt, revered by the pharaohs as trees of life and thresholds to a sacred death. The Israelites shook figs from their trees in Goshen and Succoth, believing the fruit would make them wise. “Figs are restorative,” wrote Pliny the Elder, “and the best food that can be taken by those who are brought low by long sickness.” Jesus and George Washington considered fig trees righteous. Joan Didion “wanted to be the kind of woman who made figgy puddings.” Eudora Welty thought figs “precious and cooling.”

I agree with all of these people.

It’s a late spring this year, rainy and cold, and the trees and flowers are fighting to bud and bloom. Not the fig tree, though. Twigs are sprouting from every hoary old branch and, from the tip of each shoot, a tiny, three-bladed leaf cups its face to the sky. There are evil conditions in the world, for sure. There is sickness, and those who plan iniquity and covet others’ fields. And yet, as Micah promised his benighted neighbors in Moresheth some 3,000 years ago, “Everyone shall sit under his vine and under his fig tree, and no one shall make them afraid.”

So there I’ll sit. 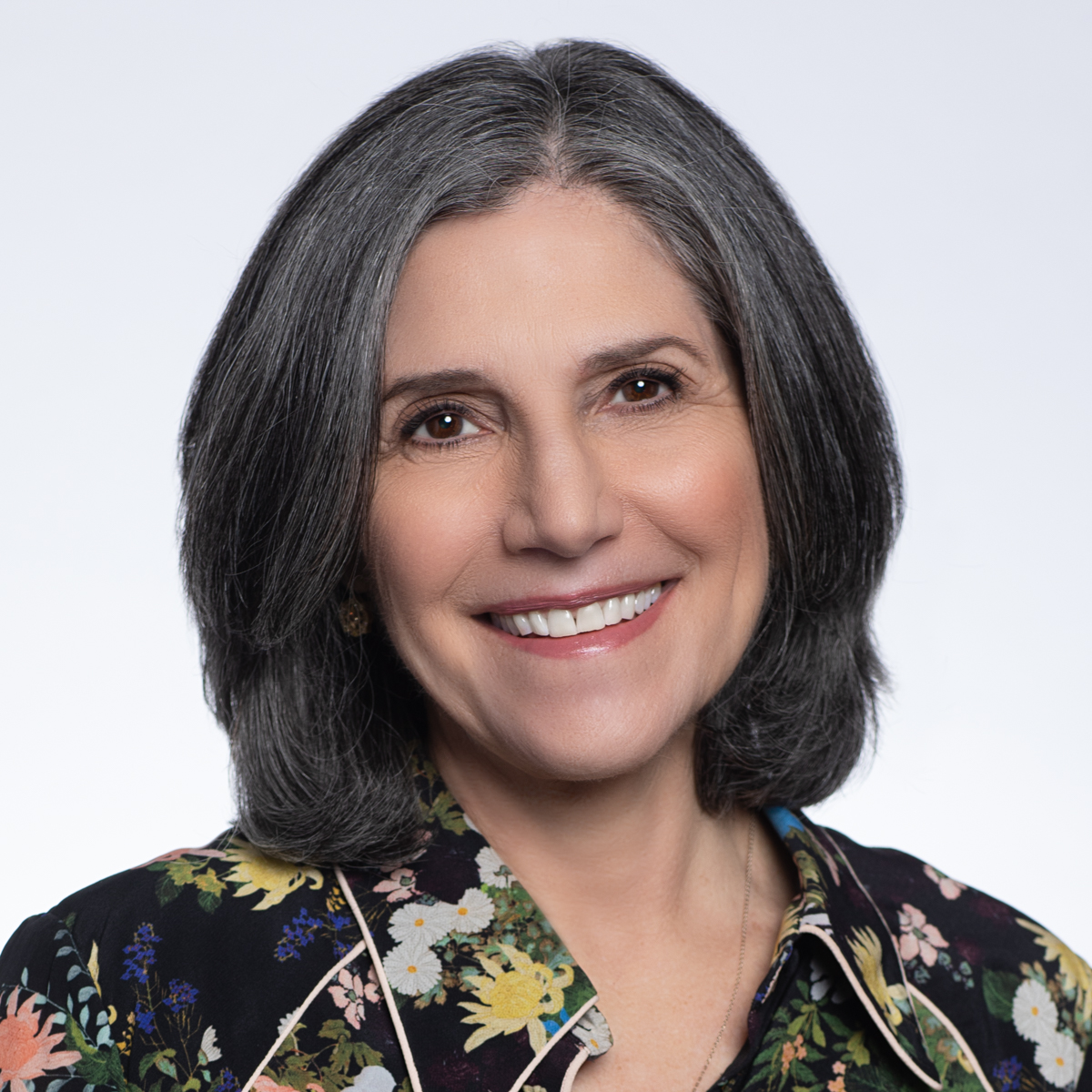 Anne Kenner
Anne Kenner’s work has appeared in The Gettysburg Review, The Southwest Review, Boulevard, Salmagundi, Columbia Journal, New Ohio Review, Slackjaw and elsewhere, and has twice been recognized as Notable in The Best American Essays series. She was a 2016 Fellow at Stanford University’s Distinguished Careers Institute, and has been a federal prosecutor, law professor and high school educator.