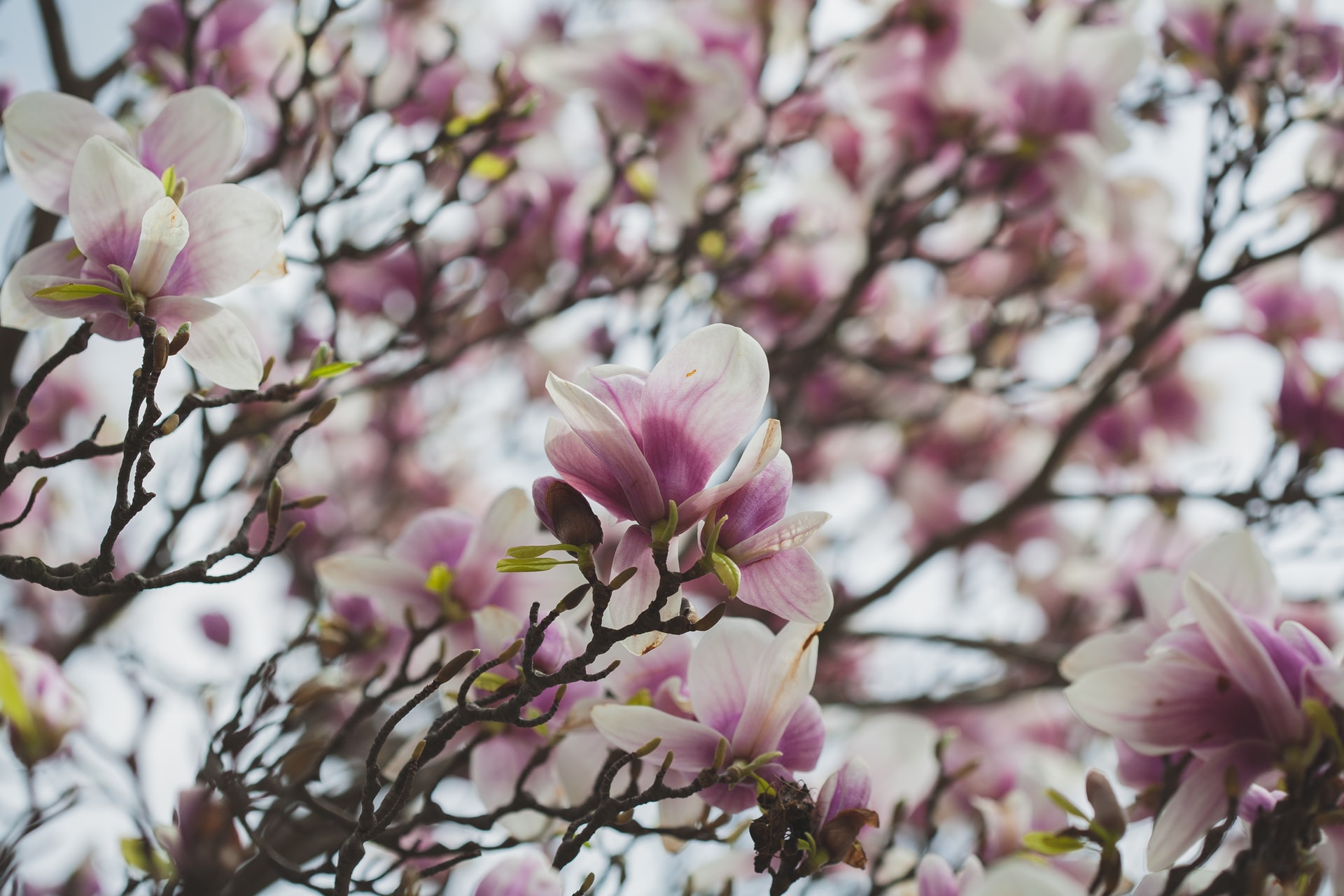 My husband’s aunt died of COVID-19 last week. She stopped breathing as her son and husband were driving her to the hospital. By the time they reached the doors of the emergency room, she had no pulse and could not be revived.

I didn’t sleep the night she died. I imagined a dark cloud, a fat cloud with pointy ends like fingers trying to pry off our roof, trying to get into our house, my husband next to me, also sleepless, and our daughter asleep in her crib in the next room. I tried to picture warmth, a cloud colorful like love, rising and protecting us.

Strange which images stay with us. I recalled a scene from a silly animated movie that should have been easily forgettable and which I’d only seen once or twice as a child. I don’t remember the title, but I know that the protagonist wore a heart-shaped locket that held a rainbow inside. In the climactic scene, a dark cloud begins to swallow the characters. The hero opens her locket to release the rainbow, which is initially overpowered by darkness, but then keeps moving, keeps spinning, keeps expanding until it wraps itself around the cloud and saves the world. After my husband’s aunt’s death, I tried to conjure a rainbow but could not make it grow. I pictured her gasping for air in the car, her son and husband with her. She was in her fifties. Her son is in his twenties.

I was in my twenties when my mother died of pancreatic cancer at age 58. She did not go quietly like I’d seen in movies. After two major surgeries, chemotherapy, and radiation failed, she was told that she was terminal and sent home from the hospital. The day before her death, she asked a doctor friend why it hurt so much.

“Why do you want to know?” The doctor and his wife knew my mother from South Africa, a country they all left in the late seventies. They loved her like family and stayed with us that night.

The doctor shook his head. I can still picture the pained look on his face.

The morning she died, my three siblings and I sat around her resting our hands on her legs or torso or holding her hands, depending on where we were sitting. I held one of her hands and leaned into her. With each breath, she made awful gurgling sounds. For months afterwards, I dreamt she was drowning. Sometimes I was leaning off the side of a boat stretching out my hand, but I could never reach her and she drowned and drowned and drowned again. In her final hours, the gurgling breaths came less and less frequently. With each increasing interval of silence, we’d think that she was gone, we’d begin to give into the inevitable grief, and then she’d gasp again. One of my siblings wanted to increase her morphine and let her leave faster. We did not, but we told her that it was ok for her to go, that we’d be ok, even though none of us were sure that was true. When the silence finally stayed, I took the silver watch off her wrist and put it on mine. In hindsight, I wonder why she was wearing a watch on her deathbed. I interpret it as a sign of her refusal to surrender.

Strange how tragedy collapses time. Fifteen years later I feel darkness trying to get into my house. I hear my husband’s dead aunt gasping and gurgling though I don’t know if a COVID death sounds different from cancer. I’m told that with COVID pneumonia, the patient may not feel short of breath and then her oxygen level plummets. I don’t know how much she suffered in her last hours. I’m told that my mother didn’t suffer at the end, despite the sounds of drowning. I try to conjure a rainbow and finally fall asleep in the haze of an imagined battle.

An hour later, my daughter cries. My husband and I sometimes let her cry for five, ten, fifteen minutes before going to comfort her. We began that practice when she was about six months old because we realized that otherwise we’d never sleep. That night I couldn’t bear to leave her alone, not with the darkness trying to get into our beds. I am always terrified that some illness or accident will take me away from my daughter. I pray to stay with her for a long time, then I worry that’s a selfish plea and pray that I am never a burden to her, but please let me stay with her for many years.

My mother died on Easter Sunday. I don’t remember the exact time, even though the first thing I did was put her watch on my wrist and even though my youngest sister has a clock tattooed on her arm that shows the hour and minute of our mother’s death. I know that it was late morning. After they came to cover her body and take her to the funeral home, my siblings and I sat on the stairs of the back porch and watched magnolia petals rain down as if in a scene from One Hundred Years of Solitude. My husband’s aunt died a few days after Christmas. It was too cold for magnolia petals, but I like to imagine that her son saw the natural world gesture sympathy in some other form.

Strange the things we don’t remember. The night before my mother died, I slept on the edge of her king-size bed next to the hospital bed that the hospice nurses had brought in. I don’t remember her last words or the details of the hours before I fell asleep. I remember that at some point during the night or early morning, I woke up and saw my mother’s forearm stretched off the side of the hospital bed towards me. Her hand was open, as if she’d been trying to reach to hold my hand. I was asleep for that final gesture and my mother never regained consciousness. In the morning, my siblings came into the room and we held her through those gurgling breaths. I don’t remember if I told them how guilty I felt that I’d fallen asleep.

Fifteen years later when darkness descends, I go into my daughter’s room and lay on the floor next to her crib. She reaches her soft toddler hand through the slats on the crib to hold mine. I do not sleep. I feel her warmth and listen closely for her gentle breathing that comes at regular intervals. 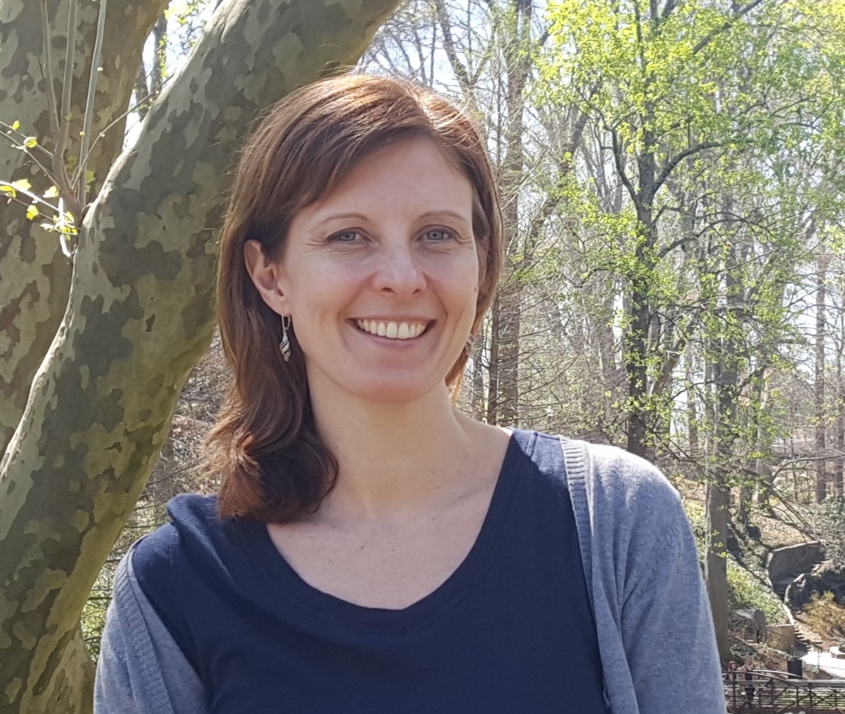 Victoria Livingstone
Victoria Livingstone’s essays, poetry, journalistic pieces, and translations have appeared in The Washington Post, Joyland Magazine, Literary Mama, The Dallas Review: Reunion Online, Asymptote, TAB: The Journal of Poetry & Poetics, Seneca Review, Inside Higher Ed, and elsewhere. She is the translator of Pablo García’s Song from the Underworld (Achiote Press), a book of contemporary Maya poetry. She holds a doctorate in Hispanic literature, was a Fulbright scholar in Brazil, and currently teaches at New Jersey Institute of Technology. She is writing a book on motherhood. You can find her on Twitter @ToriaJL