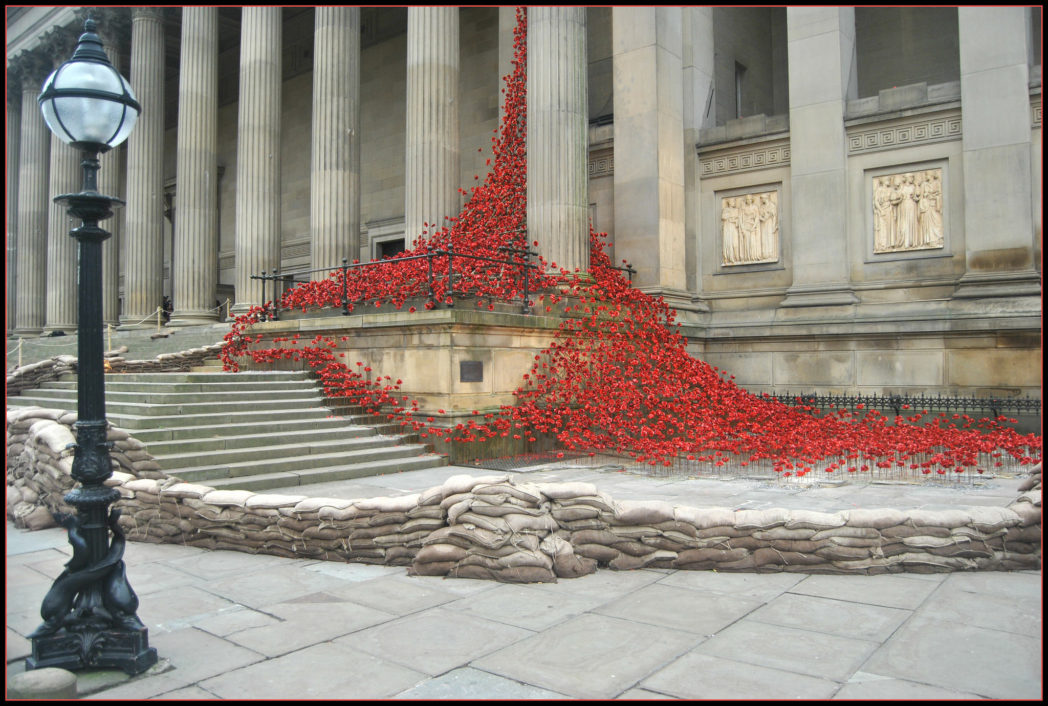 The eyewitness entered. He had no eyes. Unsteadily he made his way through the courtroom, groping the air with his hands. Blood ran from his eye-sockets, blood so red it seemed nothing could be redder than the red of that blood, flowing slowly and continuously from the holes where his eyes had been.

The blood soaked his cheeks, soaked his shirt, soaked his trousers and soaked his shoes. It oozed over the floor of the courtroom, which had just been mopped; the smell of disinfectant still lingered. The courtroom was in an uproar, the spectators’ cries revealing their emotion. The journalists, responding as always to sensational events with great excitement, enthusiastically began photographing the eyewitness from all angles, even from upside down, heating up the atmosphere even further with the blinking of their camera flashes.

His Honor the Judge quickly sized up the situation and pounded his gavel. With the remnants of his authority he attempted to restore order. “Silence ladies and gentleman! Be quiet! Anyone who disturbs the proceedings of this court will be removed from the courtroom.”

The spectators quieted down. They too were anxious to find out as soon as possible what had really happened. “Eyewitness.”

“Where are your eyes?”

“Someone took them sir.”

“Do you mean you had an operation?”

“No sir, they were scooped out with a spoon.”

“What? Scooped out with a spoon? Why?”

“I don’t know why sir but they said they were going to make curry soup with them.”

“The people who took my eyes, sir.”

“They didn’t tell me their names.”

“Didn’t you ask them, stupid?”

“Listen carefully you fool, I mean, what did they look like? Before they were scooped out with a spoon, allegedly to make curry or maybe goat soup, your eyes were still in your head weren’t they?”

“So you saw what they looked like, didn’t you?”

“Why don’t you tell the court what you saw with your eyes that have now probably been eaten by those curried soup fanciers.”

The eyewitness was silent a moment. All the visitors in the courtroom held their breath. “There were several of them sir.”

“I didn’t get a chance to look closely. After all, they did it so quickly.”

“Do you still remember what they were wearing perhaps?”

“I’m sure they were wearing uniforms sir.”

The courtroom erupted again, like the buzzing of a thousand bees. The judge pounded his gavel and the buzzing stopped. “Do you mean army uniforms?”

“You know what I mean, sir, they were all in black, like in the movies.”

“Were their faces covered?”

“Yes. Only their eyes were showing.”

“Ahaa, I’ve got it! They were ninjas weren’t they?”

“That’s it sir, they were ninjas! That’s who scooped out my eyes with a spoon!”

Once again the spectators became rowdy and chattered to each other as though they were in a coffee stall and once again His Honor the Judge had to pound his gavel so everyone would be quiet. Blood still trickled slowly but continuously from the black eye-sockets of the eyewitness, who was standing like a statue in the courtroom. The blood ran over the floor that had just been mopped with disinfectant. It filled the courtroom and then overflowed out through the door and down the steps to the yard. But nobody saw it.

“Tell me, why didn’t you call for help when your eyes were scooped out?”

“There were five of them sir.”

“Couldn’t you have screamed, or thrown something? Surely you could’ve done something so your neighbors would hear and help. Isn’t your house in a slum where you can hear the people across the alley even if they’re only whispering? Why did you keep quiet?”

“Well you see… because it happened in a dream sir.”

Everyone burst out laughing and again the judge pounded his gavel angrily. “Silence! This is a courtroom, not a circus!”

The courtroom was stifling. People were sweating profusely but they didn’t want to budge. The blood in the yard flowed out to the car park. The judge continued his question. “You said just now it happened in a dream. Do you mean it was so fast it was like a dream?”

“No sir, it wasn’t like a dream, it really must have been a dream, and that’s why I was quiet when they went to spoon out my eyes.”

“Don’t play games with me. Remember you have to swear this under oath later.”

“I’m deadly serious sir. I didn’t call out because I thought it was just a dream. I even laughed when they said they wanted to use my eyes to make curry soup.”

“So according to you, the entire eye-scooping episode only happened in a dream.”

“Not just according to me sir, it really must have happened in a dream.”

“But here’s the evidence it was a dream, sir: Ask anybody, all around. They’ll all testify that I slept all night and nobody disturbed me.”

“So it definitely happened in a dream, did it?”

“But when you woke up your eyes were gone?”

“That’s right sir. That’s what I can’t understand. It happened in a dream but when I woke up it turned out to be true.”

The judge shook his head, quite perplexed. “Ridiculous,” he mumbled. The flowing blood had reached the main road. Could an eyewitness without any eyes still be a witness? Of course he could, thought His Honor the Judge. His memory wasn’t carried off with his eyes, now was it? “Eyewitness.”

“Can you still testify?”

“I’m ready sir. That’s the reason I came to this court first instead of going to the eye doctor.”

“Do you still remember everything that happened, even though you’ve no longer got any eyes?”

“Do you still remember how the massacre occurred?”

“Do you still remember how they fired wildly and people toppled like felled banana palms?”

“Do you still remember how blood flowed, and people moaned and those who were still half alive were stabbed to death?”

“Remember it all well, because although there were many eyewitnesses, not one of them is prepared to testify in court except you.”

“Once again, are you still willing to testify?”

“For the sake of justice and truth sir.”

There was pandemonium in the courtroom. Everyone applauded, including the Prosecutor and Defense lawyer. Many people cheered, and a few of them even started chanting slogans. His Honor immediately rapped his magic gavel. “Shh! Don’t you campaign here!” he said firmly. “Today’s hearing is adjourned and will resume tomorrow to hear the testimony of the eyewitness who no longer has any eyes.”

With his remaining energy he once again pounded the gavel, but it broke. Everyone laughed. The journalists, who were forced to write about minor news items because they weren’t free to report major stories, quickly took photographs. Click-click-click-click! His Honor the Judge was captured for posterity holding his broken gavel.

On the way home His Honor said to his driver, “Imagine a person having to lose his eyes for the sake of justice and truth. Shouldn’t I, as a servant of the law, make an even greater sacrifice?”

The driver wanted to reply with something that would dispel his guilty feelings, such as, “Justice is not blind”, but the judge had fallen asleep in the annoying traffic jam. The blood still flowed slowly but surely along the highway until the city was flooded. It wet every corner of the city, even creeping over multi-storied buildings, until there wasn’t one place that was free of the blood. But miraculously, not one person saw it.

When it was night the eyewitness who no longer had any eyes said his prayers before he went to bed. He prayed that life in this world would be just fine, that everything would run smoothly and everyone would be happy. In his sleep he had another dream. Five men in ninja uniforms tore out his tongue, this time using pincers.

Seno Gumira Ajidarma
Seno Gumira Ajidarma is a writer and journalist who lectures in the Jakarta Institute of the Arts (IKJ) and the Faculty of Humanities, University of Indonesia (UI). His fiction and non-fiction have won awards including the SEA Write Award, Dinny O’Hearn Prize for literary translation and the Khatulistiwa Award. In 2013, he received a Cultural Award from Indonesia's Ministry of Education and Culture.This story is from Saksi Mata or Eyewitness, a collection that powerfully dramatizes abuse of power under an autocratic regime.