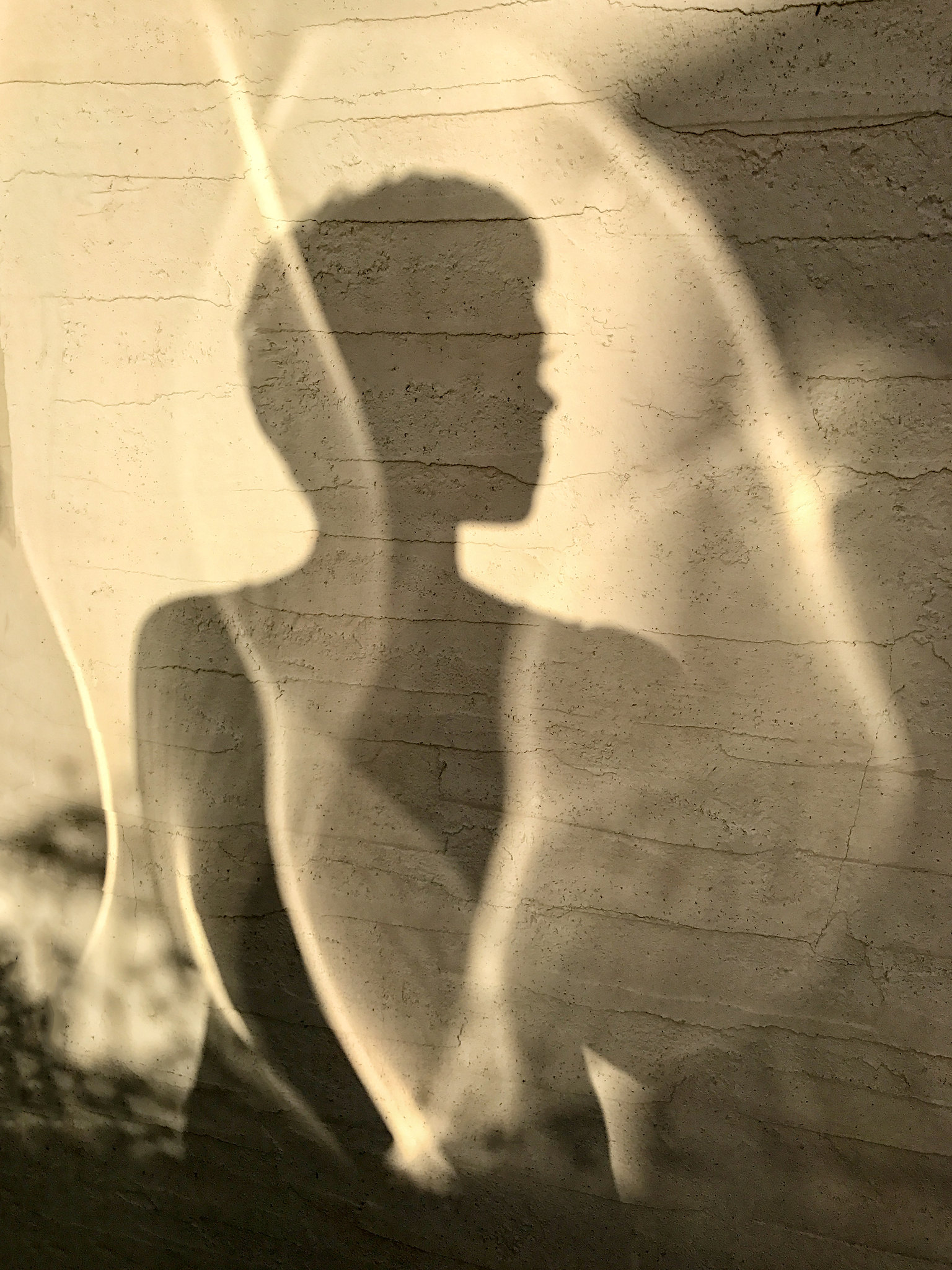 The first time Cassandra passed through the wall, she hadn’t meant to.  She had been standing at the edge of a retirement party at the hospital feeling as uncomfortable as usual, had leaned her back against the wall, and had fallen right through, finding herself in the kitchenette next door.

The wall was still intact, but a gritty residue of plaster coated her tongue. The sour flavor was almost pleasant, and her internal organs felt like they had had been scrubbed with a loofa sponge. If it hadn’t been so wrong, it would have felt right. She spit the residue into a wastebasket and re-entered the party.  None of her co-workers had noticed she was gone.

She had always had boundaries issues. The first time she heard the term was in her disastrous first marriage. “You’re invading my boundaries,” her husband had shouted one snowy evening, after they had been driving around screaming at each other for twenty minutes. They had ended up in a cemetery.

“Boundaries?” she had said, looking out at the snow-covered tombstones hunched under the high beams.  “What are those?”

That marriage ended as quickly as it began.

She connected to people instantly, feeling the bitter peel and raw substance of them, wanting to skip the small talk and get to the core—because time was passing like a speeding bullet about to burst life’s membrane.

Nevertheless, as much as she connected to people, she felt a keen sense of separation as well. The phone rarely rang for her, nor did text messages ping. She felt that there was something about her that most people found unlikeable, but she couldn’t figure out what it was. She intelligent and kind, as far as she knew, and people told her she was attractive.

Her second husband, a man fourteen years her senior, whose face was weathered from years of house-building and nude riverside bathing, tried to assure that her dissatisfaction was only anxiety, that she was only projecting her own dis-ease. In fact, if it hadn’t been for her second husband and their daughter, she would have been lonely. But together, the three of them lived in a bubble of paradise, feeding each other at dinner with bare fingers.

Not surprisingly, neither her husband nor her daughter blinked that night when she shared with them the fact that she had fallen through the wall earlier that day.

From then on, Cassandra began to pass through walls on purpose. She’d press herself against her friends’ and colleagues’ walls like soft cheese through a grater, and then she’d coalesce on the other side. They never saw her because people only see what they expect. She, on the other hand, saw more than she expected, a myriad of details that people weren’t sharing. Usually, it was something small, like the fact that Deirdre, a somewhat stocky woman who had been her office mate of nine years, who masked her shortness by wearing three-inch heels that made her wide calf muscles bulge, sometimes picked her picked her nose when Cassandra was out of the office; or that the director of marketing, known for her meticulous efficiency, had a leaky bladder and kept pads in the back of her desk drawer. Other times it was something momentous, like Barbara, an admission clerk, was quietly making burial arrangements for her husband, who had hanged himself. Yet Barbara had greeted her with the same exact set of pleasantries every day.

Each time Cassandra passed through a wall, it sifted her organs clean, but clouded her feelings, not with what she discovered, but with the fact that so many people assiduously maintained such façades. She couldn’t understand why.

“You might restrain yourself,” her husband said with a smile at dinner one night, when she explained what she was doing. He wiped up the last of the humus with a carrot stick and held it up to her mouth.

“But why?” she asked, letting him feed her.

“But I’ve never bothered to cover my birthmark,” she said, referring to the irregular wine-colored splotch on her left jawline. “If someone asked me how my day was, I’d tell them if it was crappy. Who is anyone kidding?”

“That’s why we love you,” her teenaged daughter said, still in her awkward, boney stage, as she plucked a concord grape from Cassandra’s plate. She squeezed it until it burst its skin and popped into her mouth.

After dinner, while watching TV, Cassandra braided and unbraided her daughter’s hair, and her daughter, in turn, braided her husband’s long hair, and then outlined Cassandra’s wine-colored birthmark with a blue ballpoint pen ink.

“It looks like a ruby throated hummingbird, now,” her daughter said, holding up a hand mirror.  Cassandra looked at it distractedly. It did, indeed, look like a hummingbird, with its long beak probing the line of her jaw, wings reared along her cheek. She smiled, not looking at the rest of her face, which she thought plain.

Sometimes, when she shared personal things with others, her colleagues and friends called her brave. Cassandra rejected this assessment, except on that lunch period in the cafeteria when the topic of abortion came up. The most outspoken among them was loudly proclaiming it murder. She felt compelled to admit she’d had an abortion at the end of her first marriage, and that even though she’d grieved the choice—had developed a drinking habit because of it that she’d later cured—she knew that giving up that fetus (and she used that word on purpose) had cleared the way to the perfect peace she now shared with her second husband and her daughter. Sharing this information had cost her a few heartbeats and a red face, but she wanted the silent among them to know that decent people made difficult choices.

When she told Deirdre this story, Deirdre gasped, pulling her chin back into her neck so that it formed a temporary double chin, and said, “Oh, I’d never do that.” Cassandra was caught off guard, so she didn’t ask if she meant the abortion or the admission of it. For a few weeks after that admission, when she passed people in the hall and made flickering eye-contact with them, her smiles came out like grimaces, as she wondered if they’d heard the gossip about her and judged her a murderer. Nevertheless, she believed in the power of truth, and she believed her sacrifice had been worth it. The truth was supposed to set you free, after all, wasn’t it?

One day, coming back from the X-ray department, rather than opening her office door with her key, Cassandra pressed herself through the wall. Deirdre hunched over her desk and whispered vehemently into the phone. “Why don’t you touch me anymore? Why do you always turn away in your sleep?”  She had kicked her pumps off under her desk and had tucked her feet around the cylinder base of her desk chair, as if looking for a place to hide.

Cassandra stayed long enough to figure out that Deirdre was arguing with her husband, and then she pressed herself back out. She waited a few minutes before she put the key to the locked door.  Deirdre, just hanging up the phone, turned to greet her brightly, her pumps now back on.

“How are you?” Cassandra asked.

After a fractional pause, Dierdre replied, “Jim just got us all tickets to a Broadway show. I can’t wait. How’s your family?”

Cassandra leaned toward her for a second, ready to tell her what she had just done and seen, but the smooth expression on Deirdre’s face bleached the intention out of her.

“Fine,” Cassandra said, turning away and sitting down to her computer screen.

All these discoveries would have been fine if she possessed verbal discretion. But one morning, her office mate answered her usual how-are-you with, “I’m a little tired, today.”

Cassandra, unthinking, asked, “Are things any better with your husband?”

Deirdre stiffened, her pupils constricting like a hermit crab pulling back into its shell, and then she averted her eyes and excused herself. Since that day, relations with Deirdre had been strained.

Another time in the cafeteria, in a conversation about fitness with the director of marketing, Cassandra took the opportunity to slip in that she’d heard that kegel exercises could help with incontinence. The director ended their conversation gracefully, claiming she had just remembered an appointment. Cassandra couldn’t tell if it was true or not.

Over time, it seemed that most of the people she knew avoided eye contact with her and kept their conversations shorter than usual, but she might have been imagining it.  At night the closed circuit of her family’s love still lit the darkness surrounding her, but at work she grew more and more angry.

Why didn’t they like her? She had so much to give. She was kind, compassionate and nonjudgmental. In defiance, she continued to press herself through walls, as if the more she did it, the more right it would be. But the weight of people’s distrust and judgment, real or imagined, began to compact her.

Each time she pressed through a wall, it got harder to do, until finally one day, she pressed herself up against a wall and both her body and the wall remained solid. She drew back, ran her hand across its smooth surface, and tried again. No go.

After she stopped passing through walls, she found it easier to keep her thoughts to herself. Though her relationship with Deirdre never recovered, and the director of marketing still gave her only strained smiles, new friendships grew. But they grew like invasive weeds, easily plucked. The freedom this new kind of truth had brought her wasn’t the kind she wanted.  Maybe her husband was right, and it was only anxiety. Maybe she created the disconnection with her own deeply internalized insecurity that others smelled on her like pheromones.  Then again, maybe she saw a potential for something others rarely availed themselves of, and she was a diamond that would remain largely undiscovered.

She and her family continued their orbit in a tiny sun-filled universe, and the phone sometimes rang for her. Texts sometimes pinged. But there were still times at work, when the late afternoon sun slanted through her office window like an orange lozenge, that she would hunger for the sour prick of plaster on her tongue as if it were the only food left on earth. 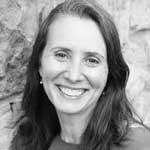 Lâle Davidson
Winner of the SUNY Chancellor’s Award for Excellence in Scholarship and Creative Activity,Lâle Davidson teaches writing at the SUNY Adirondack in upstate New York. In addition to her own blog site, A Writering Life, she blogs for The Times Union in Albany, NY. Her stories have appeared in The North American Review, Eclectica, Big Lucks, and The Collagist. Her fabulist story “The Opal Maker” was named top fifty of 2015 by Wigleaf, and her fiction chapbook, Strange Appetites won the Adirondack Center for Writing People’s Choice Award in 2016.