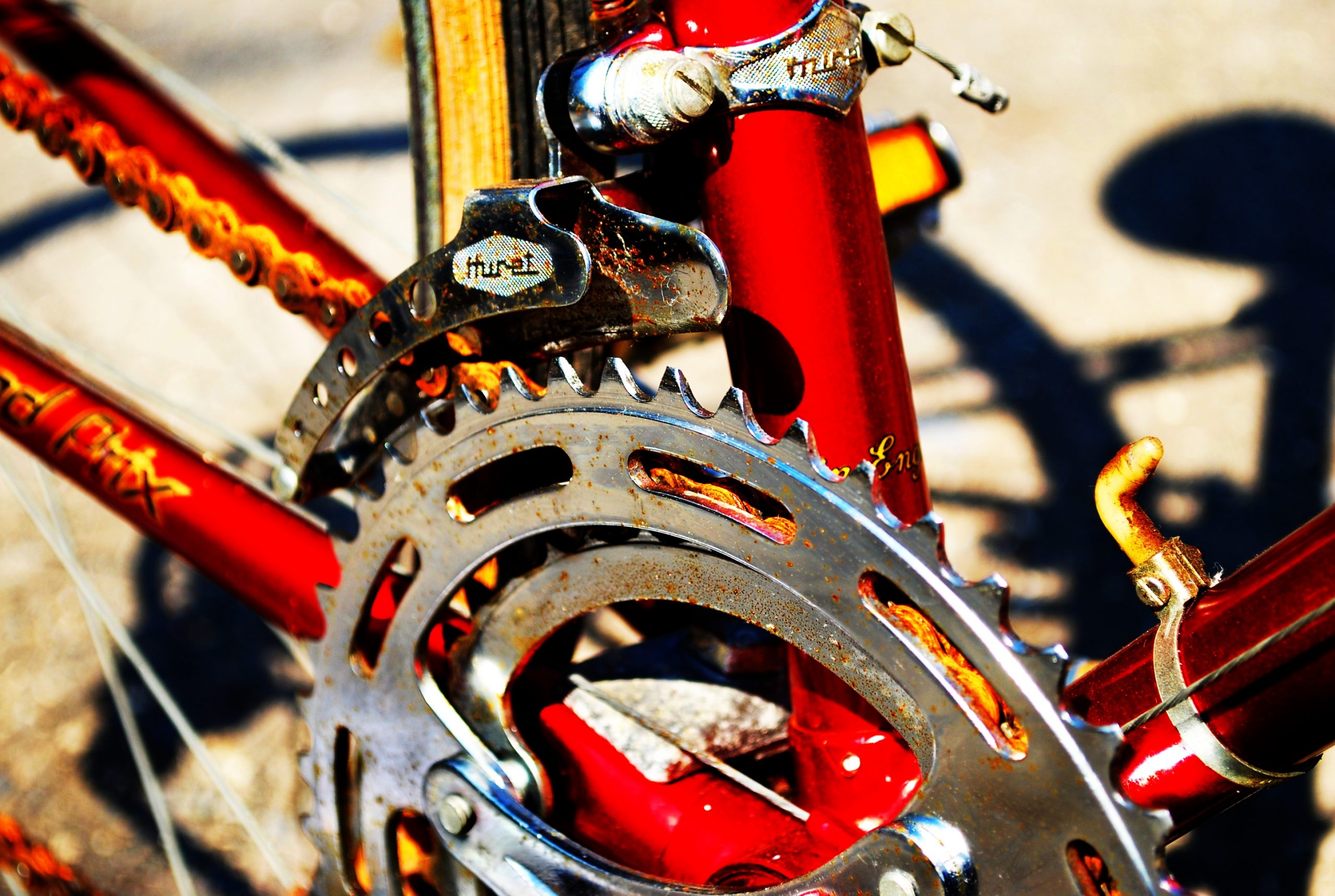 How long has that bicycle been out there he asks his wife. She’s still seated at the breakfast table, slapping around the morning paper. He’s peering through the bay window at the ten-speed bike chained to a skinny pole beneath a sign about Cambridge’s parking restrictions. Surely he has passed it on his daily walk to campus.

His wife joins him at the window, says I wonder who abandoned it?

He thinks why abandoned? “I’m going to take a closer look.” When his wife, still in her ratty bathrobe, follows him outside, he is annoyed.

It’s a man’s bike, not yet rusted, with two side pouches and a bell. Odd that no one in the neighborhood mentioned it. Neither the economist next door nor the widow archivist across the street. Dog shit is melting nearby. His wife flicks dust from the grey fenders with the hem of her robe, squeezes the rusted bell.

“Sounds like a wild turkey’s screech,” she says. “The Animal Rescue League should know about this turkey?” She rings the bell a second time, a third.

“Stop that.” He likes wild turkeys. He admires their heavy bodies, so ponderous and slow, yet deliberate when finally taking flight. “Let’s see how long it stays here,” he says.

He is tempted to pat the bike when he passes it on the way to his Poetry Seminar. He doesn’t tell his students, anyone, about the bike. He saves it for himself.

Walking home from class the next week, he immediately sees the change. The bicycle is red. Tires, pouches, bell, the creased seat and thin spokes—all glow a lurid red he knows he’s seen before. Sure enough, in the foyer, a can of red paint has dripped onto an old copy of New York Review of Books.

It is not art. And it is not a poem. Will he ever write another poem?

Three days later she calls him at school and starts right in, “You’ll never guess….” But somehow he knows: the bicycle is gone.

“If you hadn’t painted it, the bicycle would still be there,” he tells his wife with strange certainty.

His wife says, “You’ll write a better poem this way.”

At home, he bends down beside the skinny pole, stirs two patches of red-flecked dirt where the bike’s wheels touched earth. The severed ends of the chain are bright silver. He carries the chain inside and coils it into an old hat he’ll take with him when he leaves. Who would believe it was the last straw.