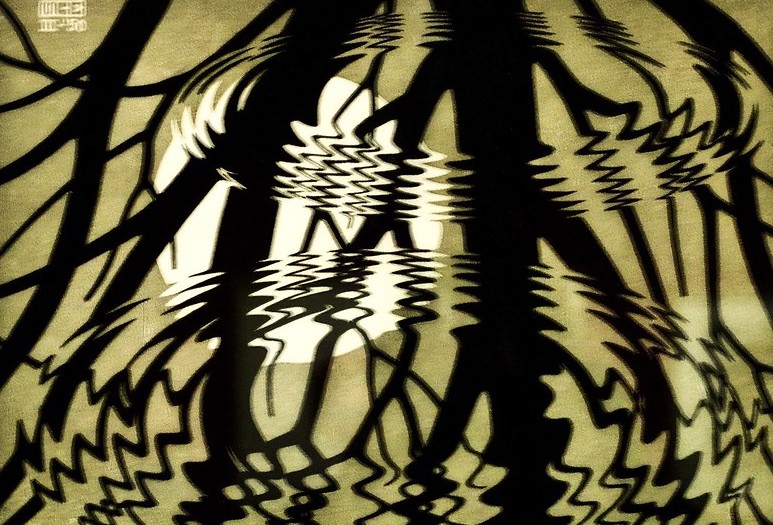 In the study of comparative
trauma, it is important to ask
how much have you suffered,
and is it enough? Hello, are you still
breathing? No, this is not the time
to speak of boots and grenades.
Just nod if you want to be counted.
Courtroom exhibit one: Make way
for the man with the funny moustache.
Gosh, there are so many of them.
Our enemies slip infertility pills into
samosas so we must be vigilant.
Your family was wiped out? Come.
There’s a seat for you on the truck.
Remember, cities rise and fall
just as names of streets change
from uppity colonial settler to local
yogalord. In any event, refuse to be
devoured. Do not mess with the birth-
places of gods. Most massacres being
propagated by god-whisperers.
Meanwhile, a woman in the square
shouts about how there are many ways
of taking a stand. The way she chooses
is naked, with one leg here, the other there.
Are you scared? They’ll stuff her mouth
and make her watch, subdue her
ethnically recalcitrant womb,
and despite all footage, the event
will be blurred from the nation’s memory
span. Do not believe those who say it was
wonderful before the war. Listen instead
to those saying, get out, get out while you can.
They work the streets, exhuming bodies,
finding safety pins instead of buttons.
There was a grand theatre here,
a library, houses with balconies. This was
a good place with good people. Fathers were
weavers of rugs. They passed down secrets
through needles as if they already knew a day
would come when all the able-bodied men
would be taken away. The women…
What more can be said about women?
Leave it. If history were a picture show
and we kept editing the bits we didn’t like
snip        snip             snip
all we could agree on would be a field
in the sun. A field is just a field after all.
Until you’re introduced to the worms.
Until you find the bottles of rum,
the coats glazed with pox. All handed
out freely. Take one, take three! The victory
of genocide relies on an understanding
of pathogens. To receive a harpoon
you must be able to spell extirpation
followed by this execrable race.
There comes a point in the battle
when the last international watchdog
is forced to leave the country. Reader,
I know you’re prone to anxiety. This
is when it happens. The lagoon, the ambush.
Bullets raining down in a no-fire zone.
Quick, into my echo chamber.
There were people who roamed
the kingdom of earth without need
for signposts or flags, while others
made successful business of hanging
over cliffs, trapping breeze into jars.
But tell me, how will you breathe if your
country that was your sky, ancestor, song,
is now the size of a parking lot?
We’re getting to the point, it’s almost
always about land. The flap in the door
that promises garden garden is really a trap.
This morning on the radio, they were
remembering S, but it could have been R
or A, any litany of the alphabet.
They began with sad music to cue
the genocide. Bagpipes, perhaps,
or violins? But it could have been a lyre,
sarod, suona, bwende—some ensemble
of wind, string, horn, or better still,
they could have gone straight
to the throat of a well—
dirge, wail, ululate. We can agree
we need trigger music before talking
of tragedy. I don’t trust orphanages
filled with adults or neighbours who
keep track of your auras. Look, when
you’re unloaded from the truck they’ll point
to a road. You’ll see a meadow, a river.
A house in the distance. Inside,
perhaps a feast of chicken and rice.
The soldier in the beret will say, go there
to your people, your native people. I won’t
lie. It shimmers. Everything beloved. A vision,
a roof, waiting and complete. Take this picture.
The sweetness. Then walk the other way.

Click here to read Tishani Doshi on the origin of the poem.

Tishani Doshi:
I was listening to the news on the radio, and they were commemorating the 25th anniversary of the genocide in Srebrenica, where in July 1995 Bosnian Serb forces killed more than 8,000 Bosnian Muslims who were meant to be under UN protection. They began the piece by playing mournful music, and it was something about that trigger warning of music, I suppose, that made me want to write the poem, as though people get much of a warning when they are about to be shelled, deported, sent on death marches, starved, slaughtered by machete-wielding militia, led to gas chambers. You think then of the indigenous populations all over the world, another way of living on the planet, the shrinking of their land and people. You think of the systematic wiping out of people sanctioned by governments, sometimes the very governments who are meant to be protecting their citizens. You go into the history of one genocide and enter a galaxy of genocides, each mirroring the other in terrifying ways. Extermination is a human tendency it seems, and the poem sits with the difficulty of this for a while, before suggesting that survival may involve striking out alone. 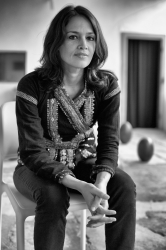