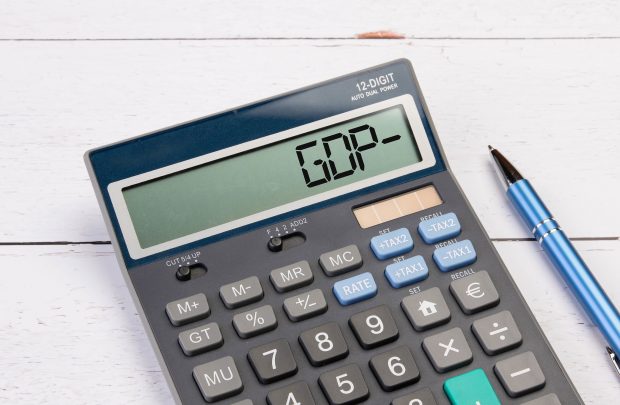 1. Mariah gets a temporary job that pays her $1 on Day One. On the second day, her pay is doubled to 2 dollars. Her daily wage doubles every day thereafter, for 30 days. How much money does she make on the 30th day? How much has she earned in one month?

2. Same question, only change “gets a temporary job that pays her $1” to “contracts a virus.” Change “her pay is doubled” to “she transmits the virus” and “dollars” to “people.” Then change “Her daily wage” to “The number of new infections,” etc. You get the picture. The new questions are: Assuming an unlimited number of available people, how many new infections occur on that 30th day? And how many total have been infected in one month?

3. Congratulations. You’ve learned about exponential growth! Fix yourself a gin and tonic: one part gin to two parts tonic, poured over ice, finished with a squeeze of lime. You only have half an ounce of gin left? Sad! Well, how much tonic, expressed as a fraction of a cup, can you add to your half-ounce of gin and maintain the 1:2 ratio? (It’s just as well, you know. You have so many problems left to go. You need to stay alert!)

4. Tan is a multimedia artist and part-time dog-walker. Assuming he walks three dogs a day, five days a week, for $20 per walk, and takes four weeks off per year, how much does he gross in a year? Now assume his clients tip him an average of 15% (some tip more; really rich people tend to tip less, of course). How much does he gross then?

5. When the epidemic arrives, all of Tan’s dog-walking clients cancel. What percentage of his clients offer to continue to pay him?

6. But then—hallelujah—Tan’s $1200 stimulus check arrives. After admiring the president’s signature, he deposits his check (using online banking, of course; no dangerous trips to the ATM). Disregarding tips, how many days’ worth of dog-walking does this check cover?

7. Tan lives in a tiny, not-at-all-up-to-code Brooklyn apartment with a mold problem; his rent is $1500/month. Tan hands over the entire $1200 from his stimulus check to the landlord, who says he will only allow Tan to remain in the apartment on a pro-rated basis. Assuming a 30-day month, how many days does Tan have left in the apartment?

8. Are you quibbling now about the real cost of housing in New York or how eviction proceedings actually work? Dude. It’s a math problem. Go fix yourself another drink. But first make up your own problem that involves converting liquid measures from metric to American.

9. Tan’s landlord contracts the dread virus and dies alone in his apartment. Math can be a bitch, but so can karma. Ponder for a while the incalculable mystery.

10. Tan calls up his friend Mariah. Mariah has this remarkable temp job where her daily wage doubles every day. “Can I get in on that?” Tan asks. “No,” Mariah says. “I’m being made an example of.” But, she says, she’s buying a 14-unit apartment building in Midtown for $16 million so she and her family and friends can quarantine together, and she offers him a one-bedroom unit rent-free. Based on your calculations from Problem #1, and ignoring taxes and Mariah’s other expenses, on which day will she have earned enough to buy the building outright?

11. Mariah’s too-good-to-be-true temp job involves selling N95 masks to hospitals. Before the pandemic, the masks sold for $2 apiece. But now she’s entertaining—and accepting—bids for as much as $1500 per case. If a case contains 20 boxes of 10 masks each, how much of a price-gouger is she?

12. Bonus True or False: At least Mariah and her company aren’t as bad as the federal government, whose agents swoop in and commandeer the masks before they can be delivered to the hospitals that already paid for them.

13. The City will be on lockdown for 135 days, then re-opened slowly, slowly, slowly. Tan and Mariah emerge from their Midtown apartments blinking like optometry patients who’ve just had their eyes dilated. How long will it be before their lives feel normal again?

a. It can take four to six hours for eyes to return to normal after dilation.

c. Normal? What is wrong with you?

Image: “Calculator with GDP- on display” by Marco Verch Professional, licensed under CC 2.0. 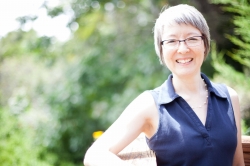 Naomi Williams
Naomi J. Williams was born and partly raised in Japan. Her short fiction and essays have appeared in many places, including One Story, A Public Space, Electric Literature, Lit Hub, and Zoetrope, garnering one Pushcart Prize, four Pushcart nominations, and a Best American honorable mention. The recipient of awards and fellowships from Hedgebrook, Djerassi, Willapa Bay, and the Sustainable Arts Foundation, she makes her home in Sacramento and teaches for the low-res MFA program at Ashland University.

Naomi J. Williams was born and partly raised in Japan. Her short fiction and essays have appeared in many places, including One Story, A Public Space, Electric Literature, Lit Hub, and Zoetrope, garnering one Pushcart Prize, four Pushcart nominations, and a Best American honorable mention. The recipient of awards and fellowships from Hedgebrook, Djerassi, Willapa Bay, and the Sustainable Arts Foundation, she makes her home in Sacramento and teaches for the low-res MFA program at Ashland University.