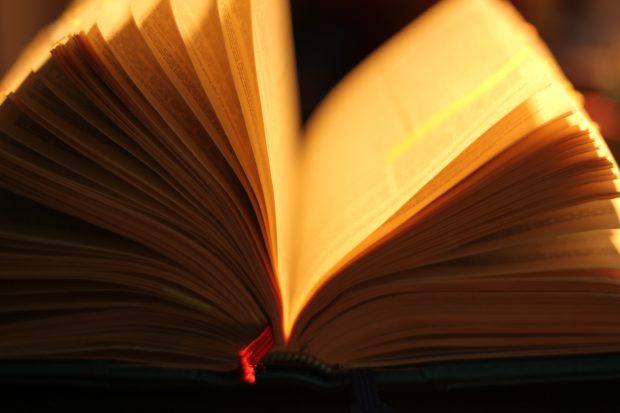 Ideas, In Sickness and In Health 0

Reading Sontag When Life is Sci-Fi

I’ve never been able to read much non-fiction, always lamented my impatience for it. And yet now I find I’m unable to put down Sontag’s collection from the sixties, Against Interpretation and Other Essays. It’s the kind of writing I have always wished I could enjoy but found too dense, too erudite.

Now I sit on my balcony, the sunlight a balm in these times, with the tome on my lap and my phone within easy reach so that I can look up all the words I don’t know. There are many. Exegesis. Abjure. Polemic. The pages of the edition I am reading are very thin, always a sign of a given book’s weightiness. In fact, the last time I can remember reading a book with pages this diaphanous was in Sunday School.

Why is it that I find myself drawn to these heady essays now, taking comfort in Sontag’s impenetrable non-fiction? Sontag writes about the films of Truffaut and Godard. The plays of Ionesco and Brecht. References I don’t understand, books I’ve never read. She will dismiss another critic’s take as being “too much under the influence of Hegel’s analysis of tragedy” as if I’m supposed to know what this means. I thought I knew what Communism was until I read Sontag, and realized, I know nothing at all. I know there are still those for whom these terms mean something, for whom the Cold War and the French New Wave and phenomenology are very much alive. I am not one of these people, and yet I can’t get enough. Every morning I reach for this book, spend hours reading and rereading the same opaque sentences, the text near indecipherable.

Perhaps this is its appeal. History is long, its depths unfathomable. The events and cultural touchstones about which Sontag writes were once in the zeitgeist. It was likely unimaginable then that one day, only a few decades later, a graduate student might read these essays and feel as though she were eavesdropping on a conversation among strangers who are speaking a foreign language. Just as it is difficult for us to imagine that this moment too will pass into obscurity, carried on down the river of time like a wilted leaf.

When life is stranger than fiction, reading fiction doesn’t satiate. Why would I need to follow the slow burn arc of a character’s journey, when I can instead ponder the rates of infection plotted on a graph, the lines extending like alien tentacles across my screen? To make matters worse, my body, like the world, is a distorted version of itself these days. At night, when I finally am able to turn my brain off, my baby boy kicks and roils in my stomach like a possessed hamster, keeping me awake. During the long empty hours of the day, I pass the time by watching the flesh around my navel shudder and distend as he moves. I cannot wrap my head around the immensity of the changes happening in the world, nor those happening inside my body.

My partner and I go for walks around our neighbourhood, dodging fellow pedestrians as if we’re in some reverse game of Pac-Man. There is something counter-intuitive about this, the active evasion of physical contact. I wonder how it will rewire our brains. I wonder if my son will grow up afraid of handshakes from strangers. In the playground the swing-set is bound by police tape. Danger, keep out.

One afternoon, my baby has been still for hours and I grow panicky. I’ve become accustomed to feeling him move inside me, asserting his tiny presence on the world. I close my eyes and put my hands to my stomach and ask him to please, give a little kick. Just to let me know he’s okay. And within seconds, he does. We’re all afraid to leave our homes and I have a psychic connection with my uterus. What need do we have for fiction in times like these?

The last piece of fiction I submitted for publication, the only one still “pending” in my Submittable, is a dystopian story about a plague that brings the world of man to its knees. I wrote it a year ago and submitted it long before Covid-19 became a phrase any of us had heard of. And yet I imagine myself as an editor coming across this story in a submissions pile now. I would reject it. Too trite.

It is the particular plight of the writer that on top of all the other ways this crisis has impacted our careers—job losses, cancelled launches and readings etc.— it has also changed the landscape of the reality we write from, and about. If even reading fiction during this time feels impossible, how are we supposed to write it?

In “The Imagination of Disaster” from Against Interpretation Sontag writes, “From a psychological point of view, the imagination of disaster does not greatly differ from one period in history to another.” My friend Cara says she never imagined a pandemic would be so lame. In the midst of real life or death stakes, for those of us fortunate enough to have avoided the virus so far, the most immediate threat to our wellbeing is ennui. Instead of participating in end-the-world orgies and blowing shit up we’re YouTubing recipes for kidney beans and offering to buy each other frozen berries when our local grocery stores replenish their stock.

We share the harrowing accounts of ER nurses and doctors and of families caring for their ill relatives at home. And then we laugh at Gal Gadot and text each other screenshots of our favourite memes. We are terrified. We are also bored out of our minds.

Pregnancy too is at once surreal and banal. The most basic fact of life, a feat women have been accomplishing since literally forever, and yet, in the lived moments of it, it is momentous, bizarre, all-encompassing, reality-altering. Women die giving birth. And yet we do it again and again. Crises too, they come, one after the other, defining our lives for a time only to soon be remembered as yet another thing we humans lived through, as we have lived through everything before.

In the same essay Sontag writes, “Ours is indeed an age of extremity. For we live under continual threat of two equally fearful, but seemingly opposed, destinies: unremitting banality and inconceivable terror.”

What disasters did Sontag imagine when she wrote this? It was 1965, World War II was still a fresh wound on the collective consciousness. Martin Luther King Jr marched in Selma. Malcolm X was assassinated. The US deployed its first ground troops to Vietnam. The Cold War slogged on, the world living another year with the throbbing anxiety of the atomic bomb.

And in the United States 3.7 million babies were born.

My Google search history is a reflection of our current disaster. I spend my days asking big, scary questions like will I still be able to breastfeed if I get sick? When will my mother who lives on the other side of the world be able to meet her grandson? Should I stock up on diapers now in case the stores run out? But also, when will that handmade wooden play gym I ordered on Etsy arrive?

Terror. Banality. How are we to reconcile the two? Sontag has a theory for that too. “It is fantasy,” she writes, “served out in large rations by the popular arts, which allows most people to cope with these twin specters. For one job that fantasy can do is to lift us out of the unbearably humdrum and to distract us from terrors—real or anticipated—by an escape into exotic, dangerous situations which have last-minute happy endings. But another of the things fantasy can do is to normalize what is psychologically unbearable, thereby inuring us to it. In one case, fantasy beautifies the world. In the other, it neutralizes it.”

Sontag was writing, with characteristic archness, about disaster movies here, specifically science fiction films from the 1950s onwards. But I think we can stretch her definition of fantasy further. The highest grossing movie of 1965 was The Sound of Music. When the von Trapps are saved from the brownshirts by the intervention of some quick-thinking nuns, this is fantasy—a small human triumph against the odds.

The danger of fantasy is that it perpetuates the fallacy that we alone, as individuals, are responsible for our salvation. Wash your hands. Stay at home. But what about those without running water? Or those without homes at all? As Sontag puts it, “The films perpetuate clichés about identity, volition, power, knowledge, happiness, social consensus, guilt, responsibility which are, to say the least, not serviceable in our present extremity.”

Bad fiction, fiction that ignores the very inequalities that form the matchstick foundation upon which our world is built, the very foundation that is now going up in flames, is not what is needed now. Contagion might be trending on Netflix, offering its own fantasy—technocratic salvation, but we aren’t fooled. This pandemic has exposed the fallacy and failures of our current system and the fiction we create now must reflect this new scorched earth. Good fiction isn’t fantasy, at least, not in the way it is defined by Sontag, as “inculcating a strange apathy” in its audience. Good fiction, the kind we need now, does the opposite. Both in the writing and the reading of it. Good fiction, good writing, challenges is us. And it is the challenge of reading Sontag that lures me to this book day after day, in a desperate attempt to ward off apathy. And it is this kind of fiction I hope to find my way back to, the fiction I hope my son will one day read when he is learning about the strange time in which he was born. Fiction that stirs him, fantasy that awakens.

Image: “an open book” by imanka, licensed under CC 2.0 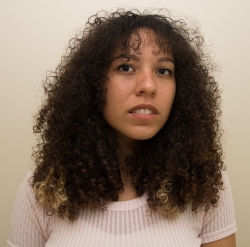 Jasmine Sealy is a Barbadian-Canadian writer based in Vancouver, BC.