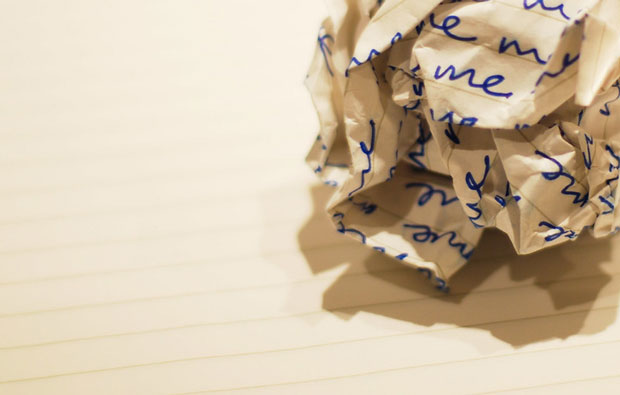 The protagonist of the novel I will never write is kind of like me. Except more articulate. And cleverer. And a bit more handsome. And, if I’m real honest, his life-story’s a lot more interesting than mine. But he is about as tall as I am (6’1”), and he’s about my age (25 or so).

If I scavenged my life for all my best insights, bon mots, and exhilarations, that would be like his average day, or at least his average week. All the comebacks that pop in my head only hours later and that stew in my skull over the next few days (the fuel for the lantern of regrets always at my shoulder)—well, they spring from his mouth at exactly the right moment. And he says them with just enough cockiness, that golden mean between pussy and dudebro.

The protagonist is a writer—like me—but he doesn’t seem like some loser who writes only to get a growing list of rejections. That is, he’s more Lord Byron than Gabe Cohen. He’s not a novelist; his life is way too interesting to spend hours in front of the computer working on a piece of fiction. But you know that, if he did write a novel, it would be the best thing ever—like Moby-Dick or The Recognitions or 2666. I sometimes think that I only think of him as a writer because I want him to be the hero in every way that I’m not the hero. So he has to be a writer or at least a guy who could be a writer. He’s a journalist for a place that’s a cross between VICE and Harper’s, and his writing is just the overflowing of his personality, with all its sparkling charisma.

Anyway, he inherits a spoon from an old Dutch silverware set that used to belong to his great-aunt or grandmother or something. The spoon leads him (long story) to this underground breakdancing ring with neo-Nazi elements that has dance-offs in parking garages around the Northeast. Our hero resolves to get to the bottom of this world of breakdancing fascists and find the rest of the silverware set, so he becomes one of the top dancers (handle: Spenser Z). The novel culminates in a trip to Chile—a sort of world finals—where our hero finds the rest of the silverware set, discovers an old war criminal, and, of course, gets the girl. Well, he doesn’t really get her because getting the girl is probably a bit misogynistic, and I don’t want to write one of those trite love stories where lovers walk hand in hand into the horizon. But she’s a computer-programming whiz who helps him crack the secrets of this breakdancing ring with neo-Nazi elements (again, it’s a long story). She also may or may not be a relative of Simon Wiesenthal. So he and she end the novel on a Santiago rooftop, and, as they stare at the mountains, you, perceptive reader, will get the sense that maybe they could have a future together.

Of course, I don’t know how I, as a writer, will get you, as reader, to get the sense that maybe they could have a future together.

I could do it through dialogue: So, you want to have dinner or something?

Or maybe through the description of the scenery: The Andes seemed like the threshold of a new horizon for both of them.

Or maybe through narration: She stowed her submachine gun in his bag as the Cessna flew north.

I don’t know because, of course, I haven’t gotten to the end yet. If I had gotten to the end, it would no longer be the novel I will never write but instead the mediocre novel I just finished. And the latter really is a terrifying idea!

This is my third never-written novel. I’ve typed hundreds of pages that will never be a novel. And sometimes I can’t tell which pages belong in which novel. It’s like I’ve been working on the limbs of the same novel for the past five years. And, no matter how much I stitch and cut, those bloody stumps just continue to lie there.

Here’s the thing about the novel I will never write: all the good parts are derivative, and all the original parts are mediocre. Look at even the précis a few paragraphs back. American protagonist goes on a quest to recover history of European ancestors: Jonathan Safran Foer. A secret world of masculine (and suspect) exhibition: Chuck Palahniuk. I could—I will—go even further and note that the whole underground breakdancing ring with neo-Nazi elements sounds like you put Fight Club and American History X in a blender. The play between hypertechnical and folksy speech (it’s there in the novel—believe me) reads like a rip-off of David Foster Wallace. (And the chummy parenthetical asides are really just the cherry on top of that sundae of literary theft.) And the whole idea of a protagonist navigating a Rube Goldberg-style conspiracy, full of madcap conflations and charged with breakneck energy—well, that’s everyone from Gaddis to Pynchon to DeLillo to Wallace.

Now, all those things are pretty cool when they do it. But, when I do it, it’s a total disaster. It’s like when I wear a tight flannel shirt buttoned all the way up to the neck: I’m neither one of the original hipsters nor an Armani model who takes the hipster to titanic, idealized heights. No, I’m just some poseur schlub who’s mimicking what came before him.

I’m used to failing. My twenties have taught me all about failure in all its different varieties. When I went off to college in New York at eighteen, I thought I had MADE IT. Here I would be in the big city where all the cool kids were, and I could explode like a supernova. Eventually, I realized that I just had the dim glow of a BIC lighter. An email account full of rejection slips and alerts for student-loan payments seems to be all I’ve earned for seven years of aspiration, striving, and frustration.

Well, I also have the bloody limbs of the novel I will never write. And why can’t I write that novel—why can’t I cross the line from golden aspiration to mediocre reality?

Good question. It’s there in my parents’ eyes when they see me come up from the basement for a smoke. “What’s holding you back?” my sister asked me once. “It’s just like a page a day for a year. Even I could do that.” Of course, my sister goes to maybe the top law school in the country, so she doesn’t understand how there can be such a gap between want and will. You want to do it—just do it.

But, when I face the novel I will never write, it’s like a no-holds-barred wrestling match. Worst of all, that match features Me vs. Me. The decisions about the words on the screen force me into a trial where everything is up for grabs: what I think is good, what I think I am, what I think I want to be…you know the drill. This paragraph totally sucks. No, this whole chapter sucks! No, I suck—suckety suck suck. (And you anonymous intern at log x who just rejected my fifteenth story—well, you suck, too.) The second face-off in the mall garage is crucial. It shows our hero’s ability to face new challenges and hints at his vulnerability. No, I’ve already showed that before (see Chapter Four). So what does this face-off really add? It fills up pages but—what the hell, just cut it. But I love that paragraph! Make up your mind, Cohen. Well, nothing’s wrong with weighing your words. I mean, Flaubert could spend hours just thinking of a sentence. Oh, the old Flaubert defense! SHUT UP SHUT UP SHUT UP.

No wonder some days I barely make it to the end of a paragraph before I want to quit. No wonder many other days I choose weed and Wii over that despicable wrestling match. And the thing is, I don’t know if this agony is even making it any better. It’s like in my fiction workshops in college: some stories would get so workshopped and obsessed over. And you’d get three really incisive critique letters—keep writing, keep writing, keep writing—and you’d keep writing, but, after all those hours, you’d end up with something that was different from what you started with but not really any better.

Maybe that’s a skill you need as a writer—to leap heedless and reckless over the abyss of despair. Or to have conviction, or something, despite the incessant rain of imperfection. Or maybe you need to be so swaddled in delusions that you can work in glad ignorance.

But I feel the rain, and I’m no good at jumping. Through a gap in the wrappings of my delusions, I see my mediocrity like a pulsing beacon. So I just struggle and despair.

Of course, that’s pretty narcissistic for me to talk about my struggle and despair. Compared to most of the world, I’m Mr. Privilege. I’ve never had dysentery or seen a warlord’s troops behead my dad or worked a 14-hour day in a sweatshop. You need a microscope to see how my pains actually matter.

One hungover afternoon, I calculated exactly how many more hours a day—a month—a year—I could have if I didn’t have to face the novel I will never write. The calculation was more complicated than you might think. Not only did I have to account for the hours I spent struggling at the keyboard; I also had to include at least a portion of all the hours when I regretted doing something other than struggling at the keyboard, when I sat or smoked in a funk in dejection after struggling, when I stood like a mime at a party while thinking about some impossible passage, when I read other people’s books in order to learn how to improve the novel I will never write, when I pestered my friends to read drafts, and so on. It was a lot of hours. I could have a life—like a whole life—if I stopped the insanity.

Sometimes, I think about giving up on the novel I will never write. If I did that, I would suddenly own my brain again. In place of the fictional colonies, I could have the wild pastures of happiness, excitement, and interest. Maybe I could take up a hobby—even exercising—something health-inducing and positive. Maybe I could commit myself to a real job and become, well, respectable. Maybe I could just stop the agony and give it all up. I wouldn’t even have to do anything. I could just be free not doing anything. I could just bury those limbs, and let the earth devour them. Do you know how incredible it would be to never have to go into the basement again—to leave the wrestling mat for good—to stop picking at the scab?

I entertain that bold new plan, like a holiday in my head. But the holiday always ends. So I pick at the scab and squat before the mat and go down into the depths to work, once more, on the novel I will never write. 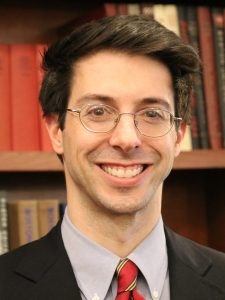 E. Thomas Finan
E. Thomas Finan is the author of the short story collection The Other Side. His essays and fiction have been published in The Atlantic, Prairie Schooner, Vol. 1 Brooklyn, The Millions, and elsewhere. He teaches at Boston University.