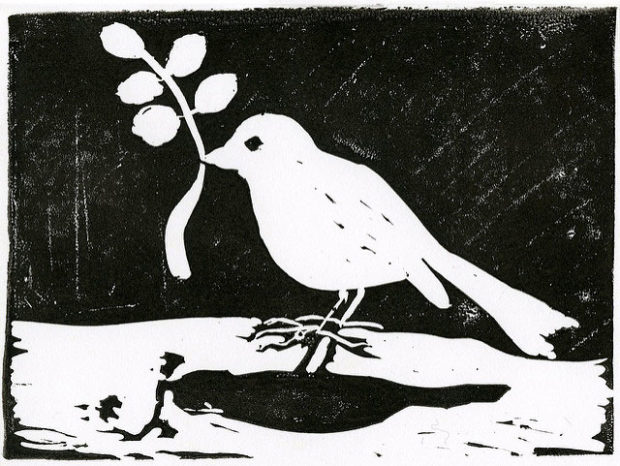 The War on Pagans

It’s the time of year for the “War on Christmas”.  The war, supposedly a slight against Christianity, was most recently inspired by a book written by John Gibson in 2005 alleging a liberal bias against the holiday. The author reportedly was surprised by all the buzz about his book, titled The War on Christmas: How the Liberal Plot to Ban the Sacred Christian Holiday Is Worse Than You Thought. His surprise likely due to its focus on the issue of educators banning non-religious symbols with the thought they violated the constitution. The supposed anti-religious fervor causing the “War on Christmas” then became politicized in campaign stops, on conservative media and in protests against the ACLU and Starbucks cups.

Christmas, of course, with all its religious traditions honoring the birth of Christ in a manger in a stable on December 25th.  But do those traditions really have anything to do with Christianity at all?

It would follow that modern Christmas traditions developed as part of early Christian celebrations.  Based on what the modern celebrations demonstrate, the war might really be on Pagans.

Saturnalia, an ancient pagan holiday honoring the Roman God Saturn, took place every year reportedly somewhere between the 17th and 24th of December. The festival consisted of a celebration of singing and playing music, food and socializing, and gift giving. Like the ancient Celts celebrating the winter solstice, the pagans were celebrating the beginning of the end of darkness and the coming of the light to the world. The birth of Christ was initially celebrated in April or May, until a meeting of popes in the 4th century, under the guidance of Pope Julius I, decided the date of the nativity should be December 25th, or the day of the invincible sun.  Coincidentally, the same day determined by the Romans to be the date of the solstice, as well as the day when the rest of the pagan world celebrated their sun gods. A chorus of “We wish you a Merry Saturnalia” perhaps?

The early Christians and the pagans had an uneasy coexistence. In Roman mythology, holly was sacred to the god Saturn and as a result, wreaths were given as gifts at the time of the festivities.  The early Christians, for example, would display holly wreaths to hide their true beliefs, echoing the pagan belief in holly warding off evil spirits. Decking the halls with boughs of holly, as the song goes.

Mistletoe was not all about kissing for the pagan Druids.  They believed it could prevent against thunder and lightning. Mistletoe hanging from an oak tree served as a meeting spot where enemies put down their weapons and created a truce until the next day. The plant now is actually considered to still be pagan by some and may not be allowed in church decorations.

Bonfires at the Solstice symbolized the coming return of the sun, and the days getting longer once again. In Scandinavia, the Norse celebrated Yule from December 21, their winter solstice, through January. In honor of the return of the sun, men would bring home large logs, which they would set on fire. The Yule log, projected on television these days as a 24-hour virtual backdrop to holiday festivities, is a reminder of those bonfires. Those same logs are also represented by a rolled cake, decorated with berries and plastic sprigs of holly.

Evergreens were brought into the homes of the pagans to represent new life and fertility during the darkness of the winter. Egyptians particularly honored evergreens as a symbol of life over death, bringing green date palm leaves into their homes around the time of the winter solstice. Druid priests used evergreens, as well as mistletoe in ancient ceremonies. Those same evergreens now hold lights, albeit artificial, in the darkness of winter, in the form of the Christmas tree. The song “Oh, Christmas Tree” suddenly has a new meaning.

In an earlier “War on Christmas” the Puritans actually banned Christmas in the 1600’s for its origins in the pagan traditions. The celebration of the holiday contradicted their discipline for the holy and their interpretation of the Bible.

A war on what?  The pagan traditions and the birth of Christ in many ways have the same meaning, bringing a new light into a world of darkness. The phrase “Merry Christmas” might as well be “Happy Saturnalia” or “Blessed Solstice”. “Happy Holidays” can simply mean a wish for joy in someone’s celebration of their religious holiday. It is the meaning behind the trappings of holiday shopping and gifts, yule log baking and decorations with evergreens and holly that matters.  The meaning of hope and new life. Light in the darkest of times. A celebration of joy through festivities. Love. Love, not war.

Perhaps we should all take a cue from the Druids.  Find an oak tree with some mistletoe, lay down our weapons, verbal or otherwise, and celebrate the peace of the season.

Image: “Junco with mistletoe ” by Suzanne LaGasa , licensed under CC 2.0

S. Schirl Smith is a writer, photographer, and holistic nurse based in Southern New Hampshire. She has been published in Silver Birch Press, Kind over Matter and The Journal of Holistic Nursing and is a contributor to the book Creating Time. Her photography has been featured in L’Ephemere Review and in regional newspapers. Smith’s current project is Desperado, the memoir of her brother and the story of finding light in the darkest of times.

S. Schirl Smith is a writer, photographer, and holistic nurse based in Southern New Hampshire. She has been published in Silver Birch Press, Kind over Matter and The Journal of Holistic Nursing and is a contributor to the book Creating Time. Her photography has been featured in L’Ephemere Review and in regional newspapers. Smith’s current project is Desperado, the memoir of her brother and the story of finding light in the darkest of times.