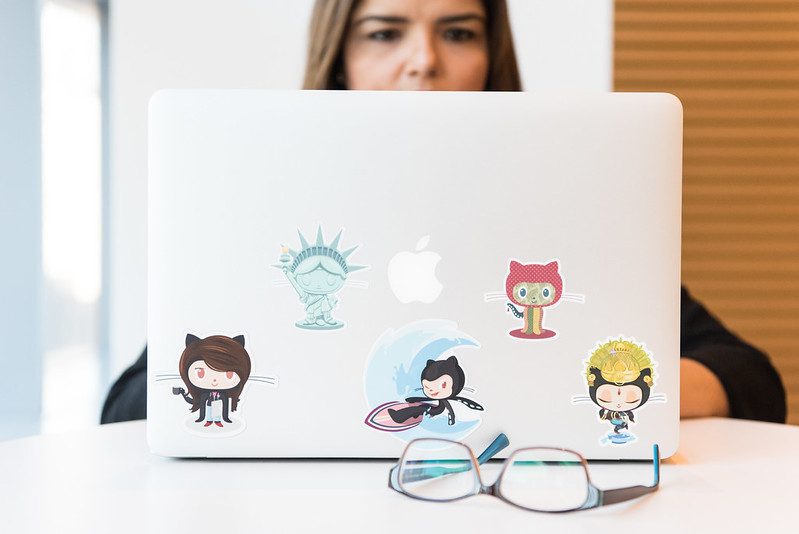 Their Apologies
I apologize for the inconvenience… I apologize for not emailing sooner… I apologize for missing class… I apologize my assignment is late… I apologize… They hold on to that one convention, the ingratiating phrase, aware of its audience, the assumption of time wasted, of time unrecoverable. They hold on to it like a lifeline because, I assume, they intuitively know email flattens everything; spaces are not the same as breaths, pauses. Because if we were sitting across from each other, a desk scattered with ungraded papers, half-filled coffee cups, we could have a conversation, and one would give; the other would take, and the matter settled. If we could inhabit the same space, they might not feel the need to stitch together so many apologies. I read them. They read me.

I hate it. It catches more than the thank you for understanding. I hate the fact it shares the same paragraph, the same frame as some terrible loss or circumstance. Please do not apologize. No need to apologize.

Last week, an email from a student whom I hadn’t seen in weeks… Hello, my apologies for reaching out this late… I am reaching out to ask if you could please understand that I just lost my grandmother two weeks ago and my uncle two days ago… I apologize sincerely for coming to you with an excuse… And it goes on trailing off into another apology. And I’m trying to remember her. I think I do, at least her voice, but I’m not exactly sure who was nudging her way through the names, each with their own small acreage of black & deafening silence.

Cell phone
The terrible week after Spring Break when campus closed, and students stayed or returned home, and airports overflowed with arrivals and departures, R’s flight was cancelled; his luggage was lost. Abandoned in some carriage or bay, no doubt, at Newark International and wrapped in dirty t-shirts and jeans his mother would have washed for him, was his laptop. Now, he’s camping at a former roommate’s flat and reassuring his mother over FaceTime that he’s okay.

I remember him sitting quietly in the back room of my advanced composition class with this I-have-something-to-say-but-I’m-not-gonna-say-it look. Now online, his name pops up in the Zoom room, but due to his roommate’s poor WiFi, he never makes it through an entire class.

After I post the final assignment—an 8-10 page research paper on a social issue, 5 sources, MLA formatting and citation—I get an email. The airline was giving him the run-around. He doesn’t know when he’ll get his laptop back, so he’ll have to write his paper on his cell phone. I offer an extension, an incomplete for the course. I tell him he could write it when his situation improves. No, he says. He’d rather just get it done.

“Social Injustice: The Haves and Have Nots” was written in one long single-spaced, 4-page paragraph, in prose as dense as concrete and filled with typos, comma splices, bad usage, botched and missing citations. But he got it done. And in its hell-or-highwater, take-it-or-leave-it way, it was brilliant. He passed the course. Weeks later, he’d get back home, just in time it turned out, before borders began to close with the increasing rate of infection, and only those things considered essential stayed open.

Major Authors
G’s walls are pink and her quilt and throw pillows and the sheer curtains blurred with sunlight. High school trophies and a stuffed unicorn, its pink horn splashed with glitter, compete with books and framed photos for space along the shelf behind her. She sits cross-legged on her bed, laptop balanced on her lap. Another student sits in a virtual Hogwarts. I am sitting in the parlor at Monk’s House, Virginia Woolf’s retreat in East Sussex. Our faces disappear now and then into our backgrounds as if we were being summoned, body and soul outside the reading.

Women in Literature
E’s mural is a giant flower, the surface of its petals an intricate network of black swirls and tooled netting. She says, “When I move, I’ll have to take the wall with me,” and suddenly I’m thinking of her father helping her paint it, filling in the shadowy shapes cast from his projector.

G has trouble lining up her camera, so all we can see is her nose and forehead and a ceiling fan. I think of Tom Terrific and his magic beanie. She doesn’t know about Tom Terrific, and she hasn’t done the reading.

A has pulled over so she can concentrate without crashing. She still wears her seatbelt as if any minute she’ll accelerate out of the Zoom. I’m distracted by the man walking by her window. I wonder where he’s going, how long it will take for him to get there.

S introduces her cat, a regular visitor to our class, a giant black and white lug of fluff and attitude named Bigfoot. He lumbers in, flops down on her desk, and begins to bathe. He yawns, stretches, blinks, steals everyone’s attention away from the plight of gentrification and the loss of cultural identity.

Elements of Writing
A has rows and rows of Polaroids taped to her wall with masking tape. We discuss cameras and film, how hard it is to find these days. She says she doesn’t understand MLA formatting or how to keep the Work Cited page from floating up to her conclusion.

D says he has to get out of the house, but he can still discuss his paper while walking his dog. So now we’re out his front door and down the street, and past his neighbor’s house. Inside the frame of his cell phone, a car zips by then another and another after that. Someone waves. Every now and then the leash contracts and grows limp, and I imagine the dog sniffing tree trunks and chasing squirrels. D is sweet and polite and oblivious. I ask him if he’ll remember anything I’ve said. “About what?” Now we’ve stopped so his dog can take a leak.

Screen Fatigue
My Elements of Writing students remain in the dark. Their cameras don’t work, their WiFi crashes, or they forget or refuse to turn their cameras on, so I like many of my colleagues teach to a black screen fenced with white names that flicker on and off like bulbs at a used car lot.

“I feel like I’m talking to a brick wall,” something I often said when my students and I shared an actual room with desks, and windows, a dropped ceiling, and bad ventilation, when everyone went AWOL right before my eyes as I asked about the metaphorical meaning of the tree in Chapter 6. I’d see them but, to riff on The Zombies, they’re not there. A semester and a half of online teaching later, we’re all facing that proverbial brick wall. We no longer see their comic attempts to avoid eye contact or, for that matter, the wheels turning. The silence between question and answer lingers Zoom to Zoom like an old coffee stain.

Most of the time I talk to myself. Call it my Zoom self—the sweater I’ve thrown over my Bowie T-shirt, my scraggly overgrown haircut, bad lighting welling behind my glasses. Everyone else is invisible. Bad mic or have they not done the reading? Have they left their name behind and gone off to who knows where? At least I don’t see students texting in the back of the room or the Friday hung-overs battling to stay awake. Any signs of life are mere names now once in a while shifting places in the intermittent surge of WiFi. On rare occasions someone will ask a question, the green border shines, and the voice and the name are temporarily one.

Soundtracks
My neighbor is building a new set of steps. A jackhammer’s head-banging rapid fire is the soundtrack to my lesson on the parts of speech, dependent and independent clauses. Next class (on commas and the use of coordinating conjunctions) my students hear my neighbor practicing his drums. With his help, I’m pounding grammar into them.

I’m not the only one whose Zoom room swells with the uninvited. T’s little brother must be watching cartoons. Even with the bedroom door closed, we can still hear the boing boing and crash, followed by high-pitched, maniacal laughter. I shut off his mic, but my student doesn’t understand why, and turns it back on even though he has nothing to say. Mic on, mic off until class ends.

During a discussion in my Women in Lit class, a buzzing slowly begins to fill the room. I think it might be feedback, but then my student flashes on screen. She’s at the vet. Doctor, nurse, and G herself all staring down at what I assume is her cat. Something about the angle of her camera, the way she’s holding her phone… I feel like I’m the one on the table, caught in some Fellini-alien-abduction nightmare. Where did we leave off? I forget I can silence her mic because the sound of a razor ploughing through fur on a cat’s behind has oddly woven its way into the narrative—Alicia’s inner turmoil, her father’s infidelity, cattle cars headed east out of Denver. 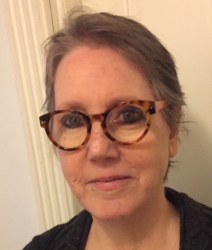 Jan Selving
Jan Selving has been published in various literary journals, including Ploughshares, Crazy Horse, Antioch Review, The Denver Quarterly, and Ekphrasis. She lives in Stroudsburg, PA and teaches in the English Department at East Stroudsburg University.