A vessel displayed in the Vatican’s Etruscan Museum depicts a Greek goddess, Eos, mourning her son. Memnon was a celebrated leader of the Trojan army before Achilles’s sword pierced his heart, killing him instantly. On the vessel, Eos bends over Memnon’s body. Her left hand forms a fist, clasping a lock of her own black hair. I imagine what happens next: Her firm tug, a pop when the hairs’ roots break free. Prickly heat circulating up her arm, flooding her chest. The rush of release.

Hair pulling was a customary grieving practice in Ancient Greece. Extraction of hair functioned as a personal display of grief, as well as a sanctified ritual with symbolic importance: reconciling the self to the realities of death, creating a marker of loss. Mourners routinely plucked or cut their hair and laid it upon the bodies of loved ones. In The Iliad, Achilles snipped one of his golden locks and placed it in the hands of Patroclus, a fallen comrade. Loss of hair — both through cutting and tearing out by the root — became associated with violent grief.

I was eight years old the first time I pulled out a hair. It came free easily. My body, which had tensed the second before the pluck, relaxed. Before that moment, the thought of pulling my hair would have made me squirm. But this first pluck felt as natural as breathing. As if my body had been carrying this secret urge my whole life, waiting for me to discover it.

Trichotillomania, or compulsive hair pulling, affects 1 in 25 people. The condition is three times more common than anorexia. Since its origins in ancient grieving rituals, hair pulling has become pathologized — a DSM-classified disorder with no known cures. Lately, hair pulling has reentered our cultural awareness. Self-reported instances of hair pulling have increased during the pandemic, along with many other anxiety-related disorders. Trichotillomania is fueled by a cocktail of anxiety and isolation; most hair pullers, myself included, relegate their plucking to the times they are alone. Unable to mingle freely with family and friends, I have found myself increasingly prone to pulling episodes. Whole hours pass in a blur, piles of hairs accumulating on my keyboard. I log off Zoom to find my hand already rising toward my scalp, my body tingling with anticipation.

Grief is on the rise too, a fact that is difficult to disentangle from trichotillomania’s surge. Aside from the devastating death toll of the pandemic itself, many of us are experiencing other, ambiguous losses. Our communal loss of jobs, health, security, and social interaction have challenged our survival and left painful gaps in our day-to-day lives. The act of grieving has taken on new cultural relevance as well. We have said final goodbyes on FaceTime and Zoom, aching to reach our hands through the screen, to touch a loved one for the last time. We have privately grieved the loss of our routines and our sense of normalcy. Might our communal grief be connected to the rise in trichotillomania, a harkening back to its ancient roots?

Even before the pandemic began, some researchers viewed hair pulling as a way of coping with unprocessed loss. The onset of trichotillomania is often accompanied by a traumatic event — the death of a loved one, a divorce, the beginnings of puberty — so the connection between compulsive hair pulling and grief is not unheard of, even in contemporary literature. What’s striking is the portrayal of hair pulling as a means of communicating pain, one resorted to when verbal communication is not an option. Hair pulling, in its clinical form, is not a culturally sanctified ritual like it was for the Ancient Greeks. It does, however, become ritualized by the individual as a means of not only releasing pain, but expressing that pain to others.

I can’t help but think that hair pulling, despite its unsavory nature, makes sense in these pandemic times. Pulling out my hair is a reliable way of soothing my distress, one that is always available to me, even if (and especially if) I am alone. The behavior provides me with a sense of control in a world spinning wildly off course. Many people have found other tourniquets to instability: an extra glass of wine with dinner, multi-hour Netflix marathons, online shopping sprees. Of course I wish I could stop pulling out my hair. But I also respect my body’s well-meaning, if misplaced, efforts to manage losses that are unprecedented. In her memoir Blow Your House Down, Gina Frangello poses a pertinent question: “What is the line… between living in a sick world and becoming sick?” Maybe we’ve reached a point where seemingly irrational compulsions become rational, when our sicknesses are less a reflection of ourselves than of the society we live in. After all, isn’t the world crazy enough for all of us to want to pull our hair out a little?

Now, when I look in the mirror each morning, I see my version of “pandemic hair”: a close-cropped buzz cut, bald patches spreading across the sides of my head, a dime-shaped spot behind my right ear. My scalp seems more like a marker of time than a marker of loss. Each inch of exposed skin maps to a different moment in the pandemic: the thin area along the crown from lockdown, that patch above my temple from my grandmother’s Zoom funeral. Of course, time and loss are linked. Each passing day presents a new gradation of grief, a further blurring of the bounds between “normalcy” and “sickness.” Another jolt of loneliness amidst the pandemic’s ongoingness. Someday I hope to find the voice — maybe these words are a start — to unmoor myself from old ways of communicating pain, empowering me to externalize my grief through connection rather than compulsion. Until then, I’ll extend myself some compassion. We could all use more of that right now.

Image: Photo by Eric Ward on Unsplash, licensed under CC 2.0. 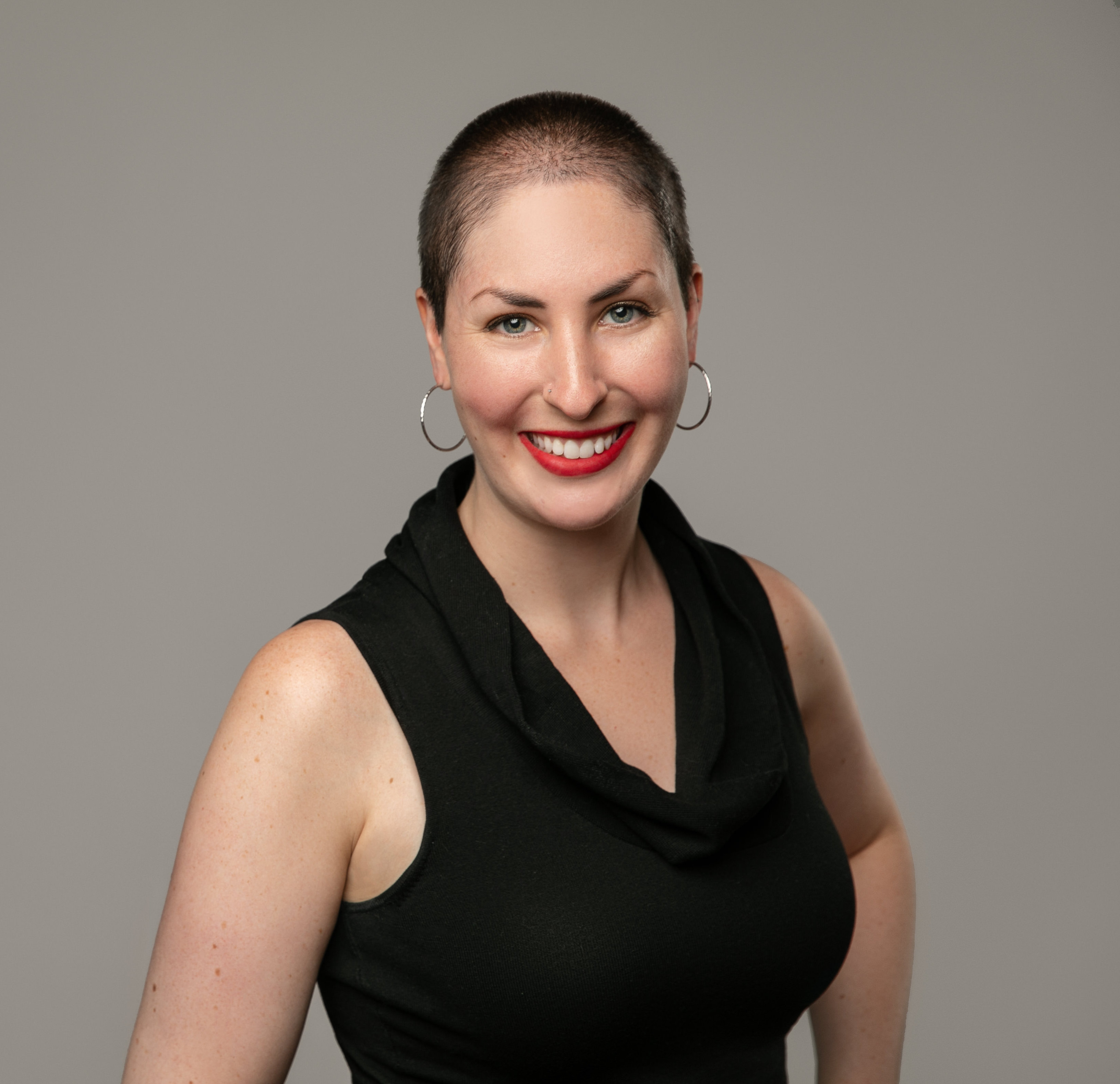 Katie Bannon
Katie Bannon is a writer, educator, and editor. Her creative nonfiction has appeared or is forthcoming in phoebe journal, Dorothy Parker’s Ashes, Narratively, and NPR, among others. Her memoir manuscript, which charts her journey as a compulsive hair puller, was a finalist for the Permafrost Nonfiction Book Prize. She lives in Massachusetts with her husband and two cats. You can follow her on Twitter or learn more about her work at www.katiebannon.com