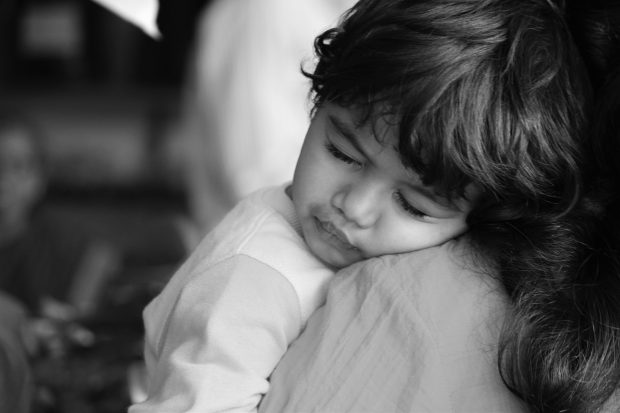 In Sickness and In Health 0

What We Worried About

Articles written by experts told us never to rush our children, but some mornings we couldn’t help shouting at our children to Come on, why are you so slow, you’re driving me crazy. When they were on the school bus, we worried they were little balls of tension because of us. We worried about getting their homework done at night. Computer screens lit up our children’s faces and they startled if we came into the room.

“Are you doing your homework?”

We knew they weren’t, and they’d just closed a screen they didn’t want us to see because they were like cats with their back arched, but we couldn’t call them liars. If we called them liars, wouldn’t they become liars? Their sense of identity came from us, didn’t it?

We lost sleep over the wrong things we said. The articles said we shouldn’t say Good job or Good Girl, or Well Done. If we said Good job our children would need affirmation for everything they did. They wouldn’t be happy with their own successes. They would complete tasks only to make other people happy.

Our daughters would become the girls who did anything to please their man or woman, while losing themselves in the process. Our sons would too, though they would be more aggressive in their attention-seeking. We knew this because another article told us that men have a more extensively developed violence-related cognitive network than women.

We worried because, without realizing what we were doing, we’d put pressure on our children by telling them that Practice makes perfect. Unbeknown to ourselves, we would make them feel worthless. We told them that they weren’t perfect because what they showed us was obviously not good enough. Do not use the word perfect. Do not use the word perfect. It became our nighttime chant before going to sleep, so we would remember tomorrow not to damage our children with such a word.

Do not use the word Okay— we said that the moment we woke up. It was the morning reflection, because the psychologist who studied children for decades wrote that if a child falls and is crying from sore knees, it is not okay to tell him that he is okay, because that is clearly not true. The child is hurt so you should say, I know you’re hurt, and then you need to say something else.

We worried that we may fumble on this one, but habits need to be broken, especially ones that cause lasting damage, so we said, I know you are hurt, and that was a scary fall. And our children knew it was a scary fall, and they were crying for a reason and in this way, they learned how to deal with emotions.

We worried because we chipped at our children’s independence. We didn’t realize when our children were having difficulty with that puzzle we should have stayed in the background and asked questions about the pieces, Do you think this piece would fit, is it too small, or too big? Instead we jumped in and lent a helping hand and undermined their ability. We got too excited.

We clapped when we got a piece to fit and we thought in our moment of delight our children were happy too. We didn’t think that we were too controlling until we read the articles. The next time our children asked us to do the puzzle with them, we said no. We said, I’ll just linger in the background and ask questions when you have a problem.

Then that night when our children were asleep and the puzzle was on the floor, only half-done, and our children had cried from frustration, we worried that we didn’t comfort them enough about their inability to finish the puzzle. When they cried, we nearly said, it’s okay, but caught ourselves in time, only to make the dire mistake of telling them that there would be no dessert until they ate their dinner, thereby, lessening their value of the food and increasing their value of the treat.

We worried about telling our children that we couldn’t afford their new bike or a holiday in Hawaii because we gave our children unnecessary worry and concern. We let them think that we were not in control of our finances. Our finances were wild horses getting away from us. We should have said, No, we are not going to Hawaii, because we are saving our money for other things, though it’s possible that our children would think that their needs were not important. They were second best.

We worried about the grey roots starting to show, always on the top of our heads in sight of all and sundry. We worried about the creases on our skin that were visible when we studied our faces in the mirror, or the weight we’d put on and our need to go on a diet, and the importance of never saying that word in front of our children.

We worried that the kitchen needed a paint and our posts in Facebook weren’t original enough, but mostly we worried about the day our children would start using Facebook.

We worried that the dinner wouldn’t look the same as it did on the recipe book, though we knew that was impossible and nothing ever looked like the photos in recipe books. When our dinners tasted awful, we couldn’t say practice makes perfect, because perfect was a bad word. We couldn’t get annoyed when our children complained about cleaning up after dinner and remind them that we do everything for them, because then they would feel like a burden to us. They would think our duties were done out of responsibility, not love.

Those were the old fears.

We no longer worry about stressing our children by telling them to hurry up because time has stopped. We don’t have to get our children ready for school or bite our tongues when they want to tie their laces or dress themselves because the days are wide open spaces. We look out the window at the desolate streets and drive by the closed stores, and we don’t have to tell our children that we are saving up for something else, because there is nothing to save up with, and they’ve stopped asking about the new toy or the holiday in Hawaii. They are at the window too, seeing the emptiness, and they are hit with the silence that is brought with the absence of other children.

When our children come to us, we tell them we do not know what will happen. We tell them to take one day at a time. We worry about their grandparents going to the store, and their aunts and uncles working in the hospital. We no longer count down the days to summer holidays but count the people who have been lost. We give them names, we say he is a father, a brother, a son, she is a mother, a sister, a daughter. We listen to the teenager locked in her room crying because she misses her friends. We forget about the dishes in the sink.

We used to worry that our children didn’t wash their hands, but it was a small worry, a worry that came after all the things we shouldn’t say and how we were building them up into the adults they would become. We used to worry that they might get sick or fall or get hurt, but we didn’t send their friends away in fear of them getting ill, or make sure they walked on the other side of the road far from people. We didn’t hold them at night for long periods and think that if we got sick, they would get sick too. We didn’t hold them tighter with the thought of them in hospital, their bodies like dolls under the sheet with no one beside them. 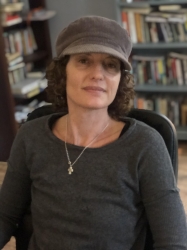 L.M. Brown
L.M Brown is the author of the novel Debris and collections Were We Awake and Treading the Uneven Road. Her stories have been nominated for the Pushcart prize and published in over a dozen literary magazines, such as The Chiron Review, Eclectica, Litro, Fiction Southeast, Toasted Cheese and more. Her novel Hinterland is forthcoming 2020.

L.M Brown is the author of the novel Debris and collections Were We Awake and Treading the Uneven Road. Her stories have been nominated for the Pushcart prize and published in over a dozen literary magazines, such as The Chiron Review, Eclectica, Litro, Fiction Southeast, Toasted Cheese and more. Her novel Hinterland is forthcoming 2020.