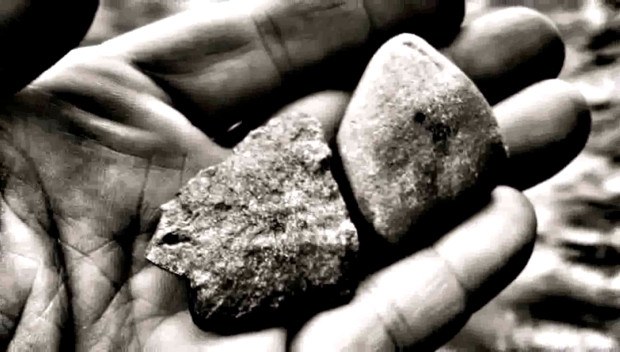 A note on the making of Benign Indignities

In June of 2013, while doing a writing workshop in Port Townsend, Washington, I dreamed there was a book called “Benign Indignities.” It appeared to be a chapbook of poetry, finely printed, with a pale green cover. All I really knew about it was the title, which loomed up in the dream, then sank away. Later that morning, I was walking along the rocky shoreline, and I began to notice how the water, with the patience of a light but persistent touch over centuries, had rounded every stone, from jagged to smooth. This started me thinking about my own rough edges, my episodes of grief, traumas, angers, resentments, regrets…how these jagged dimensions of my life experience were slowly being rounded, gentled—not tamed but made to fit more congenially into the ongoing project of life. So I sat down and wrote about these mysteries, and gave my scribbling the title from the dream.

Later that summer I was teaching a writing workshop at the Fishtrap Gathering in Oregon, and every morning before class I would walk up the river into the forest, to sit by the rushing water and sort out my teaching for the day. And again, I began to notice, and then to photograph, the rounded stones tumbling down the freshet’s bed, in contrast to the jagged formations above the water. One evening at the gathering, Ann Siblely who was the musician invited that year to temper the fervor of the writers with her sweet music, sang a song that caught my ear, and seemed to rhyme with the film project then gathering in my mind. I asked her if I might include the song in a project, and she graciously said yes.

Over the next few days, the poem, the images, and the song came together in a film, which I was moved to make for my students, who had been writing about all kinds of difficult things. I wanted to accompany their necessary struggle to tell hard stories with this assurance: grief can be rounded by time and devotion to telling the story, with the fluid devotion of the right words.

Years before, when I took my class to a local radio station to record their essays and stories, we asked the blind engineer, Jerry if he could close out each reading with fifteen to twenty seconds of music each writer had provided, then fade out the tune—“like they do on NPR,” I said.

“I’m not NPR,” Jerry said. “Isn’t this music you LOVE? If you do, why not play the whole song?” So that’s what we did then, and that’s what I did with this film.

Benign Indignities
I have walked a thousand times
this mile at the river to witness
how waves churn, thrash, and ebb.
I have lifted stones once shattered
from bedrock jagged in the river, now
friendly to hand, made shapely by water’s
way with time and change. And I have
learned from that tug and surrender how
to fondle what is broken until it is smooth.
So in the book of my humiliations
I am taught to cherish my myriad failures
now rounded by recollection, thorns caressed
until they glisten, secret stupidities pearled
by affection. I have kept no dignity—only
saved this wild museum of errors where I walk
along the water, marveling at what I have
survived—stone by stone, loss by loss,
wave by wave, and step by step.

Someone asked me years ago, “If there was a ‘Kim Stafford School of Writing,’ what would it look like?” I knew immediately it would be this: Word, Image, Tune. And so, with this film, these three beauties of the world are gathered into one

Kim Stafford
Kim Stafford is the founding director of the Northwest Writing Institute at Lewis & Clark College, and author of a dozen books of poetry and prose, including Having Everything Right: Essays of Place, 100 Tricks Every Boy Can Do: How My Brother Disappeared, and The Muses Among Us: Eloquent Listening and Other Pleasures of the Writer’s Craft. More about his music, writing, and films can be found at www.kim-stafford.com.

Kim Stafford is the founding director of the Northwest Writing Institute at Lewis & Clark College, and author of a dozen books of poetry and prose, including Having Everything Right: Essays of Place, 100 Tricks Every Boy Can Do: How My Brother Disappeared, and The Muses Among Us: Eloquent Listening and Other Pleasures of the Writer’s Craft. More about his music, writing, and films can be found at www.kim-stafford.com.