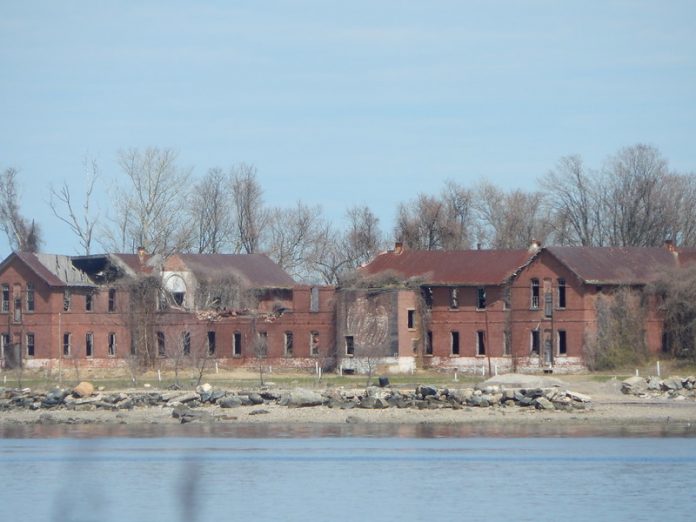 look, proof from satellites: mass
graves on Hart Island, an old plot of
land I never knew existed & never
thought to visit. the unnamed &
unclaimed, the sick & estranged,
exiled & accused all planted together
since 1875, just waiting for
their time to bloom. I imagine every
hospital room from which souls
took flight, but this is happening now
all throughout New York City—lungs gasp
for air & one final word. who decides
when it’s my turn? it’s only fair; I’m not
immune to history & all cities fall
eventually, all bones bitter dust. come on,
I’m waiting: here at the window &
there in the corner, staring at nothing.
and meanwhile my hair did not forget
to grow, and meanwhile time skips forward
like a stone, braiding night into day
over & over. just tell me when to offer
my body to soil, whisper here, take this back
so Hart Island can grow another nameless flower
to rise like a tower toward distant satellites.

Click here to read Amy Dupcak on the origin of the poem.

In the early days of the pandemic, fear and disbelief prevented me from getting any words on the page. Silence seemed the most appropriate response; after all, New York City had fallen eerily silent save for the seven-pm cheer and persistent sound of sirens. Then I saw an article about Hart Island. Though I grew up in the suburbs just north of the Bronx and have lived in Manhattan for over fourteen years, I’d never heard of this small speck of land with such a haunting history. And yet it wasn’t history—not anymore. Coronavirus victims were being buried there in mass graves, joining a million unfortunate souls from decades past, like those who fell prey to the AIDS epidemic. The horror of this shook me; what did it mean to be “unclaimed,” laid to rest in a mass grave with no stone that bears your name?

I wanted to convey my horror by contrasting the humanity of the deceased with the manmade satellites watching these burials from above, untouched by tragedy yet faithfully recording our collective trauma in the images captured. I wanted readers to reckon with the injustice of survival and their own mortality by posing the straightforward question, “who decides when it’s my turn?” I italicized the word “my” to center myself in this universal dread, and italicized “now” earlier (“but this is happening now”) to emphasize the fact that history had caught up to me.

While grappling with these concepts, I subconsciously referenced Mary Oliver’s poem “Wild Geese,” though I didn’t realize this until a couple weeks later. She wrote, “Meanwhile the world goes on.” Yes, there is always a “meanwhile.” The world doesn’t stop turning when our individual story ends, and not knowing our future has always been an uncomfortable part of life. The “proof” is in these images, and in the awareness that we lack full control. To end my poem, I considered its opening; I’d started with the satellites looking down upon the graves and chose to end with flowers reaching back up from the dirt: a celebration of life even after death. 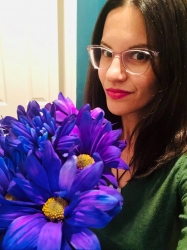 Amy Dupcak
In addition to Pangyrus, Amy Dupcak's poems have appeared in Passengers, District Lit, The Night Heron Barks, Alternative Field's "In Isolation" chapbook, and Words After Dark: A Lyrics, Lit & Liquor Anthology, which she also co-edited. She's the author of Dust, Short Stories and her fiction and nonfiction have been featured in Entropy, Sonora Review, Phoebe, Hypertext, Fringe, Litro, Bookanista, and other journals. Amy leads creative and essay writing workshops at Writopia Lab in Manhattan, primarily working with teens, and also teaches adults at The Writers Rock. She earned her MFA in Fiction from The New School and acts as the Fiction Editor of Cagibi.