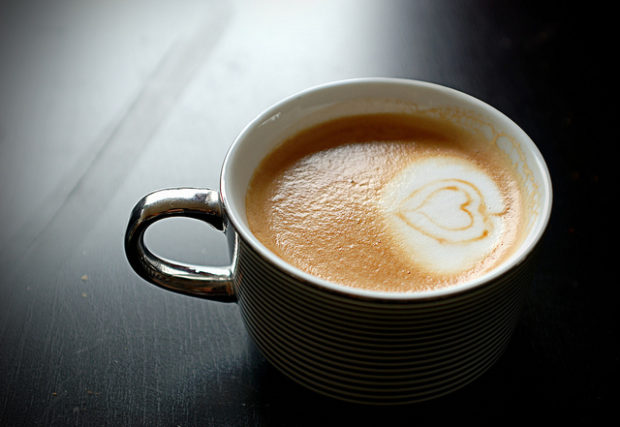 Love in a Cup

“You mean a chai tea latte?” my barista asks.

There is a long, uncomfortable pause that she doesn’t seem to notice.  “Fine,” I say.

Chai. Tea. Latte.  Most of my friends, and not just the close ones, know how acutely this causes me cultural indigestion.

In India, chai is inherently both tea and a “latte.”  Calling chai a chai tea latte is like calling a bagel a “bread bagel,” but is somehow even more annoying.   Seemingly, the Western packaging of this foreign item makes both the drink and the name easier to consume.

Although the exact preparation of chai varies as much as the people who make it (ginger today? Cardamom? Cinnamon? One type of tea leaf or two? When exactly does the milk go in?), what remains consistent is that chai is a ritual.  It has families sitting and sipping together. It punctuates the day. It’s an activity, an invitation, a shared pleasure.  You invite people over “for chai” as an easier-than-dinner way to see them.   You politely ask for “half a cup” when really you want the full thing.  Your family finds itself “hooked up” on one type of tea leaf (my father’s way of describing our collective dependence on Green Label tea) and panicking when it stops being distributed in your country.  My sister describes it as “love in a cup.”

And then a sugary abomination gets packaged and marketed in the name of this thing you hold so dear.  And a bindi-wearing, henna-donning, just-got back-from-hot-yogaing North American asks you incredulously, “You know how to make chai tea? Cool!”  It gives me reflux.

The introduction of Eastern cultural phenomena in the Western world is long-standing phenomenon.  Chinese character tattoos, green tea flavoured everything, Bollyfit.   Introduction to new practices, and perhaps even fusion, is not necessarily a cultural crime.  Culture is not static; it evolves.  I acknowledge that tea came to India from China (the Hindi word “chai” comes from the Chinese “cha”) and drinking it was promoted by the British. Yet in America there is a tendency to market items and ideas in a matter that abrades context and history, China and Britain and India alike. When everything non-native is branded as exotica, it starts to feel like exploitation.

Picture this: I walk into a spacious room with wooden floors and swirly mystical symbols on the walls. The room is teeming with impossibly fit women wearing see-through tights and crop tops that say “Be The Change” —and of course the token man in a tank top, can’t forget him—chattering away to each other about which brand of coconut water is the closest to blood plasma and therefore can be injected directly into the bloodstream. These philosophers are all various avatars of a pretzel.  The set of a new Lululemon short film, you ask?  Nope, it’s Jungle Yoga class.   What is Jungle Yoga, you ask? I’m about to find out.  The teacher walks in and puts on some Radiohead, which somehow inspires everyone to sit cross legged and look meditative.  As we move through an awkward sequence of postures the teacher says profound things like, “Get yourself to the edge of your cliff without jumping off. How can you be at the edge without letting yourself pop?” Um, what?  She also instructs, “Picture your right foot forming an ink blot, and your lungs as huge empty caverns.  But meditate!  Don’t think.  Think about your breath.   But don’t think.  Meditate through your body.”  Again…what?  My mind is spinning by this time, thinking about the fact that I’m thinking and wondering what time it is.  We all join in an ill-pronounced Namaste at the end.  Does everyone feel more spiritual now?

Growing up with a mother who practiced and taught yoga did not prepare me for experiences such as that one.   With and through my mother I learned that yoga was a spiritual discipline, about fostering honesty and purity in our thoughts, intentions, actions and physical body.  The physical practice was only one of many limbs of yoga, used fundamentally as a way of preparing the body for long stretches of meditation.  She started her classes for other women who had just emigrated from India like she did; they were of all shapes and sizes and none of them had practiced yoga before.  Over time her classes have evolved to include all genders and ethnicities.  They started off as simple and inclusive; they remain that way 30 years later.  She includes pranayama (breath work), meditation, yoga philosophy and physical postures.  Students wear loose comfortable clothing, and few can put their legs behind their heads. My experiences of yoga in India thus far have been similar, with the cultural and spiritual origins of the practice being inseparable from the physical, and teachings extending far beyond a mat on the floor of a studio.

Every interpretation of a cultural practice is exactly that – an interpretation.  My mother’s practice started as an extension of her father’s and evolved based on teachers she met and extensive readings on yoga history and philosophy.  My family’s version of the perfect cup of chai takes into account our individual tastes and experimenting with the ingredients at our disposal.  What makes a difference is the level of commitment in understanding the essence of something – a prayer, a practice, a ritual, a drink – and executing it in a way that respects its origins.  I am not averse to cultural evolution, nor do I believe in cultural monopoly; I have taken many an inspiring yoga class with a non-Indian teacher.  But the plain truth is that when a cultural practice is being borrowed, the commitment to understanding it needs to be strong, even more intentional than if one had grown up in its midst. Because if culture evolves faster than a colony of fruit flies, inarguably something will be lost.  When the word chai is merely “a drink with a spice” and yoga is “all the ways you can get closer to your crotch than you ever thought you could,” all that is really left is a tag – a word that is being used to promise a sense of authenticity.  Although one could argue that an introduction into mainstream Western culture is a way to put a country or practice on the map of the global village we now live in, it can feel mighty disrespectful.

So next time you decide to try chai flavoured ice cream, hot vinyasa laughter yoga, or a Spiritual Gangster® cutoff with the Hindu God Ganesh on it, take it as inspiration to learn a little bit about that ancient diverse hot populous country 7615 miles away.

Priya Gupta
Priya Gupta is a family physician from Montreal. She feels fortunate to have grown up in two cultures - Canadian and Indian. She is also grateful that, when taking a policy writing class last year, her prof didn't force her to write about policy. She likes having opinions and making people laugh, sometimes simultaneously.

Priya Gupta is a family physician from Montreal. She feels fortunate to have grown up in two cultures - Canadian and Indian. She is also grateful that, when taking a policy writing class last year, her prof didn't force her to write about policy. She likes having opinions and making people laugh, sometimes simultaneously.