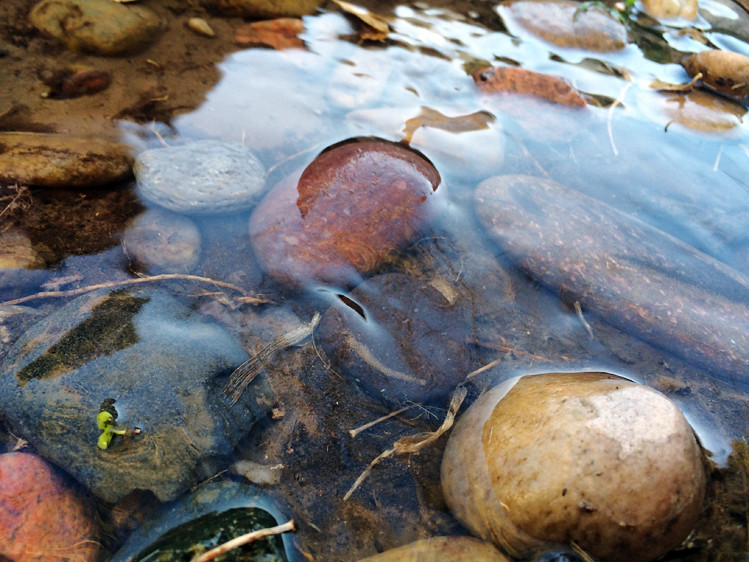 through the gaps in the fence where the wood rotted off
but I could not see my neighbor’s yard. She had piled stones,

and her pile, I could see now, hollowed out a space. A grotto
+++++++++behind a grotto. After death, there is always

another box to look into. Inside, a circle of smooth stones.
The stones glistened. Water darkened them. It pooled around

them, and the earth slowly swallowed it—a mouth smeared
with food the body wants but has no place for, or a brain

+++++too full to be a vessel for memories so they gurgle over
the lip. I took a breath as I walked the aisle between folding chairs.

and that’s why I was thinking about yard work while I shook
hand after hand and the music put my insides inside another box.

++++++++++Towards the end, my mother showed the gaps
in her mouth all day to the window. The stone circle gurgled.

The water bubbled up its dark discharge. The gurgling like a hymn
swaddled in reverb. I thought the water was dew, and from it

+++++the slime grew down the rocks. But the water oozed
from the rocks, from cracks that had been covered with slime.

It was difficult to stand there, contemplating various nail sizes
during the long blank moments when an old friend recalled

the most routine day as though it were exemplary. I was on
my feet. I was knocked down. Stiff as a board, light as a stone.

The people filed out, but I knew the earth was already full
and spitting up water under a stone circle in a hidden grotto.

Click here to read Brian Clifton on the origin of the poem.

Brian Clifton:
I just read Faulkner’s A Light in August when I started writing “Altered.” In one scene, Joe Christmas sees all these urns that crack and ooze a foul-smelling, death-tinged liquid. For weeks, I couldn’t stop thinking about the image.

I was also a PhD student living in Dallas, in a neighborhood bordered by a highway. The highway kicked up all sorts of garbage that rained on people’s yards. Often after driving an hour from campus to home, I would sit in my littered backyard, thinking about all the garbage I had to sit through in academia (my complaints, in this regard, are common).

One night, with Joe Christmas and the urns on my mind, I saw a glittering through the spaces where planks had fallen off the fence. I really hoped it was an urn that was oozing forever, but, surprise, it wasn’t—just a bit of trash catching the nearby streetlight.

At this time, my grandmother was in the throes of dementia, and we were all pretty sure she didn’t have much time left. Seeing that glittering and having hope in the dark and then having that hope turn out to be garbage seemed to sum up how I had been feeling about this impending death, my dissatisfaction with the world, and my burgeoning realization that literature cannot save anyone.

So I wrote a poem about it, because what else could I do. Through revision my grandmother became my mother, the urns became stones, and the classroom became a funeral home. Makes sense, right? 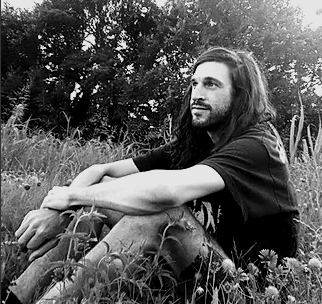 Brian Clifton
Brian Clifton is the author of the chapbooks MOT and Agape (from Osmanthus Press). They have work in: Pleiades, Guernica, Cincinnati Review, Salt Hill, Colorado Review, The Journal, Beloit Poetry Journal, and other magazines. They are an avid record collector and curator of curiosities.