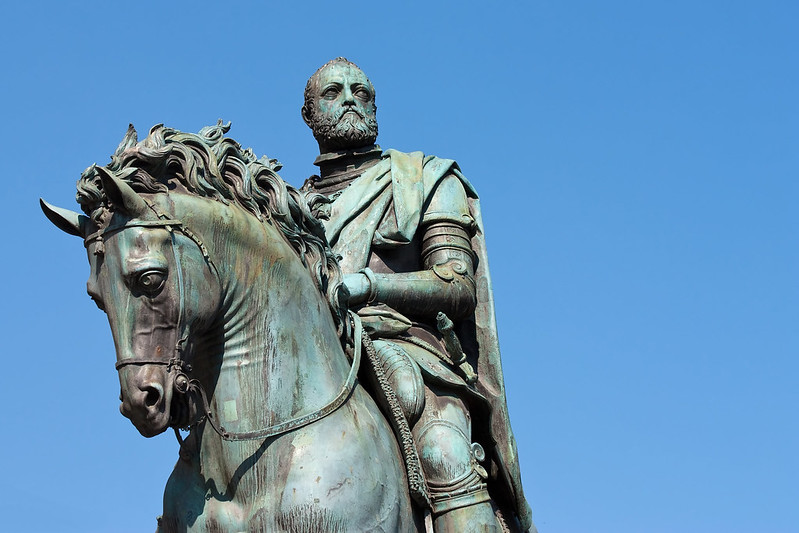 In a countryside green as a dollar bill,
with the much handled commercial vegetation
from around mall parking lots or in freeway divides,
in a landscape where the wireless has been shut off,
emoji are at war. Emoji are at war
in the mural outside the employee cafeteria
for reading The Things They Carried or Yellow Birds
or The Red Badge of Courage instead of eating,
emoji are at war.

It’s like Where’s Waldo. It’s like Pac Man.
I spy with my little eye in the “watch-fires of a hundred
circling camps” two generals outside a recharging tent,
a tiny banner unfurling PRIVACY * NET NEUTRALITY
* DEREGULATION. Sound of emoji blood
as the Smiling Emoji advance, swallowing everything,
going postal, kamikaze, road rage, suicide bomber
“hurling down to the House of Death so many sturdy souls,”
sound of emoji blood.

A sword pierces Blushing Emoji #956, Pram’s son,
below the groin, and “the dark came whirling down
across his eyes”; a hurled spear is shot through the temple of
Angry Emoji #23, only son of Matthew Thornton
of Boston, and “the dark came swirling thick across his eyes,”
sound of emoji blood. Sound of Emoji blood as Weeping
Emoji #3,418, daughter of the river god, a bullet
plunging into her lung, lodges in a “mortal spot,”
scream fumes.

Outside the village firewall, internet access was slowing
way, way down until the CEO who has her eye on Jim,
a Cubicle Emoji, petitions the Board of Directors
to rescue Jim from his jangling fate of war, seduces him,
gives birth to a daughter ½ Hollywood, ½ New Jersey mortal,
with a weak ankle…Emoji were at war. Whoops,
the CAPS LOCK IS ON,
so this story ends at the door to the men’s restroom.
For we have seen,

Click here to read Alexandria Peary on the origin of the poem.

Alexandria Peary:
“Battle of Silicon Valley at Daybreak” is an adaptation of Giorgio Vasari’s fresco depicting the 1554 battle between Florence and Sienna, a historic rivalry between neighboring cities in Tuscany, orchestrated by the frightfully powerful Medici family. The swarm of gilt soldiers left quite an impression on me in 2014, as did the nearby blackened panel, high on a wall, of a notoriety turned into a charcoal square after his execution as part of a Renaissance cancel culture. I removed the fresco from the Palazzo Vecchio in Florence and resituated it imaginatively in a fictive corporate headquarters in Silicon Valley so that a power grab from one era could be translated as a power grab from our era. Emoji replace the heads of the Renaissance soldiers as though the soldiers have slipped on jack-o-lanterns. Their elaborate armor is covered over with info from Wikipedia. What’s at stake is access to information and communication. I was also thinking about what it means to be a pawn in someone’s ploy for dominance and how for some of us the only way we can understand this kind of death is through books. As the poem’s speaker makes her way around the mural, heading to the employee cafeteria to read a novel about war, she picks out soldiers from other battles in the ancient Greece and the American colonies. The stanza shapes are meant to strum.

Alexandria Peary
Alexandria Peary serves as Poet Laureate of New Hampshire and is a 2020 recipient of an Academy of American Poets Laureate Fellowship in support of her mindful writing workshops for survivors of the opioid crisis in her state. Her seven books include Control Bird Alt Delete (Iowa Poetry Prize); Prolific Moment: Theory and Practice of Mindfulness for Writing; and The Water Draft. Her new book, Battle of Silicon Valley at Daybreak, will be published in fall 2021. Her poetry and creative nonfiction have appeared in the Yale Review, The New York Times, North American Review, web Conjunctions, Southern Humanities Review, Denver Quarterly, New American Writing, Gettysburg Review, and Painted Bride Quarterly. A professor at Salem State University, she specializes in mindful writing, the subject of her TEDx talk, “How Mindfulness Can Transform the Way You Write."