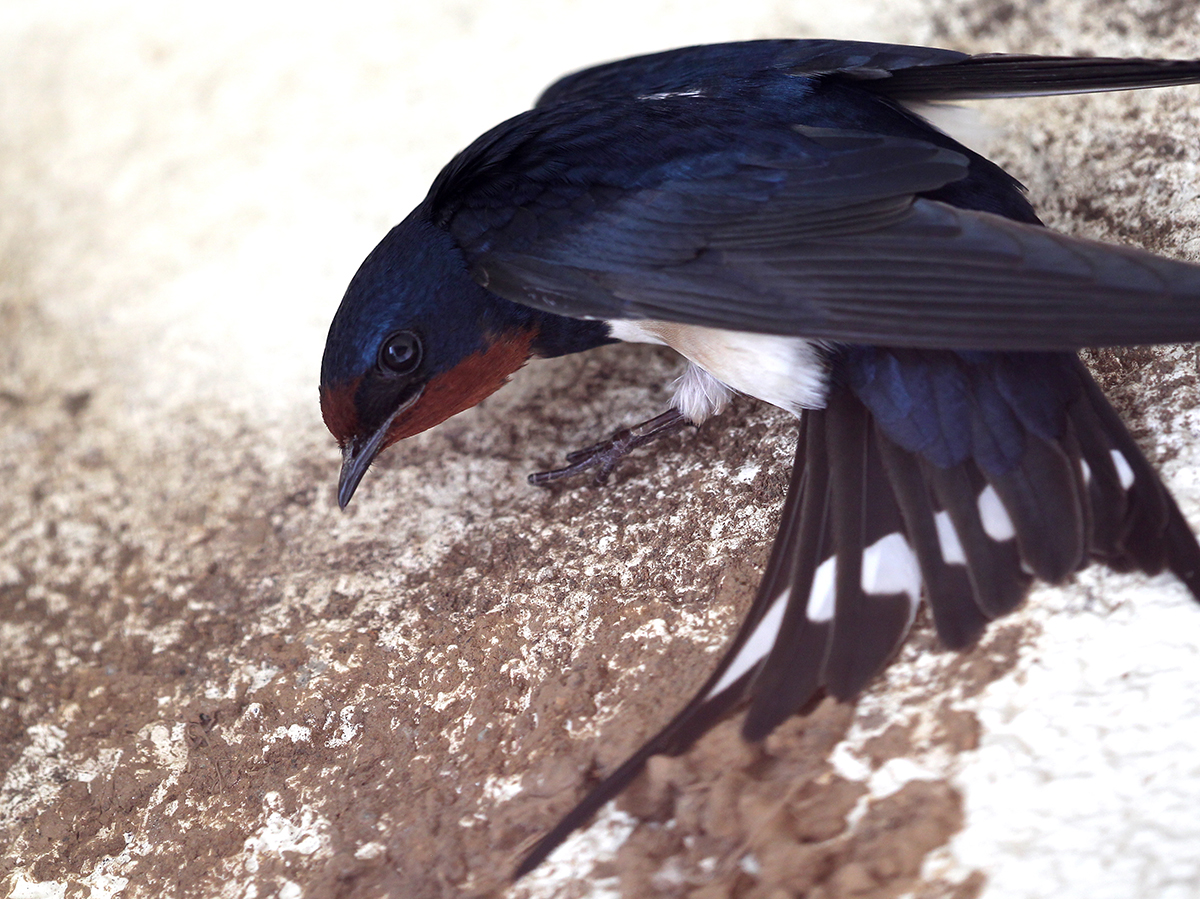 In the red dirt of the front walk
a whiptail claws a cave
for shelter from the sun.
Inside, she faces out; her wide
mouth shapes a smile. Yes, I
anthropomorphize. What of it?
In the planter a clay statue
of Saint Francis stands amid
snapdragons. A crust of bird shit
streaks between his shoulders.
How fitting. Once, a pigeon shit
on my father’s bald head. He winced
and wiped. It’s good luck, he said,
to be shit on by a bird. In two years
he would be dead. In the hummingbird
feeder, an island of ants floats in sugar
water, site of their gluttonous sweet
death. This morning brought word
of a famous man’s suicide, and
I sought escape outside.

Last night I sat on this same porch
as twilight crossed the sky. At 8:45
the barn swallow returned to roost
for the fourth night in a row, one
minute later than the night before
and time enough for me to grow
anxious with waiting. I said hello
and called her sweetheart. She puffed
and huddled on the narrow ledge
beneath the eaves. I wondered why
she had no mate. Too young or old?
Unlucky? Content to spend her nights
alone? These and other questions have
no answer. But evening will find me
here again, seeking her companionship
and reprieve. And when she tucks
her head into her wing, I’ll give thanks
for her dear life and mine— for all of life,
worth holding on for. In our shared
darkness, the first stars flicker, faint.

Click here to read Marisa P.Clark on the origin of the poem.

Marisa P. Clark:
“Dear Life” is a faithful depiction of how I spent the hours after I learned of Anthony Bourdain’s suicide. Staggered by the deaths and depth of loss I’d experienced in the past months, I looked to nature, as I so often do, to pull me through. “Yes, I anthropomorphize” is a key to this poem—and to many of my poems. I make a practice of observing nature for all its gifts and revelations—not only for its beauty and balm, but also for its ugly, hard-to-accept qualities—and I tend to graft my mood onto what I see or, alternately, to let my mood be shaped by what’s outside me.

A couple of side notes: (1) Barn swallows remind me of my father and a couple of other loved ones, one of whom thought of them as my “spark bird.” (2) The day I wrote this poem, I learned that all whiptails are female. I’m still working out what I’m going to do with that fact.

In terms of craft, the ending required the most effort. In the first polished version of the poem, the last few lines came across as too stated yet abstract, pulling away from the accrual of concrete images that preceded them. My friend, the poet Lisa D. Chavez, often says she writes toward ending on a strong image, and I took these words to heart as I revised. The new ending, as I read it, allows for a flash of hope but retains some ambiguity, in that the word “faint” can be taken as an adjective and/or a verb. 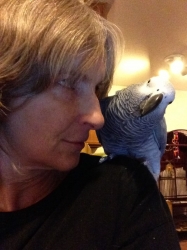 Marisa P. Clark
A native of the Mississippi Gulf Coast and former resident of Atlanta, Marisa P. Clark is a queer writer whose work has appeared in Apalachee Review, Cream City Review, Ontario Review, and Sinister Wisdom, among others. Her creative nonfiction was recognized among the Notable Essays in Best American Essays 2011. She makes her home and living in New Mexico and also serves as a fiction reader for New England Review.