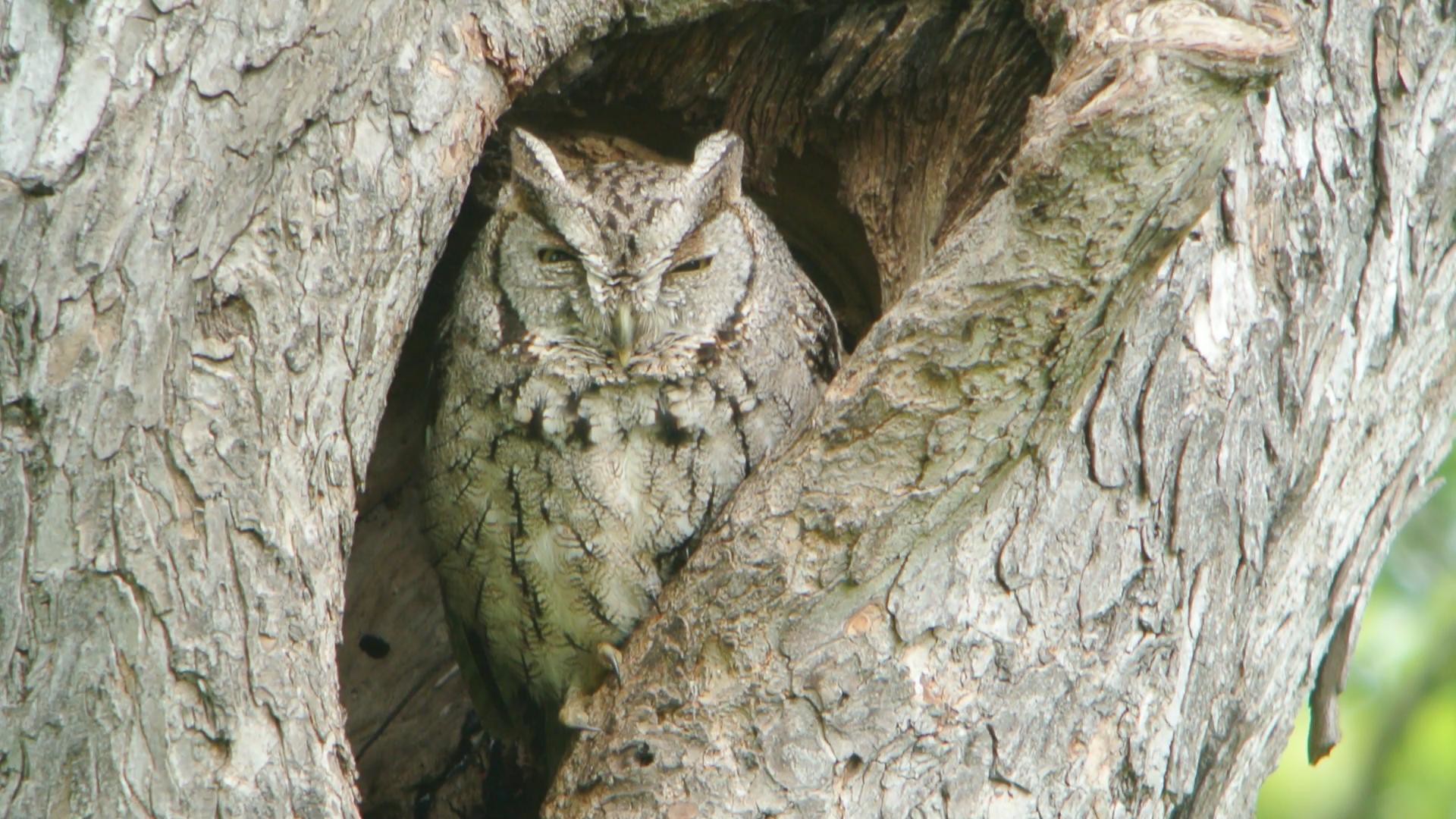 Outside my daughter’s window—

in a pilfered nest in the hollow

of a horse chestnut tree.

first at me, then the owl

in her gray phase.  She looks

Beneath the trunk, a circle

of pellets, my daughter and I

By December the owl has flown,

the storm windows are closed,

down blankets my daughter.

Driving to a swim meet

we’re watched by a goshawk

perched on the side of I-80

My son is nervous—

he does not notice the crow

mangled among the talons—

when the trees are bare

My son came in second,

The crow’s my memory.

Michael Hardin
Michael Hardin, originally from Los Angeles, now lives in rural Pennsylvania with his wife, two children, and two Pekingeses. He is the author of a poetry chapbook, Born Again (Moonstone Press 2019), and has had poems published in Seneca Review, Connecticut Review, North American Review, Quarterly West, Gargoyle, Texas Review, Tampa Review, among others. He has recently finished his memoir, Touched.