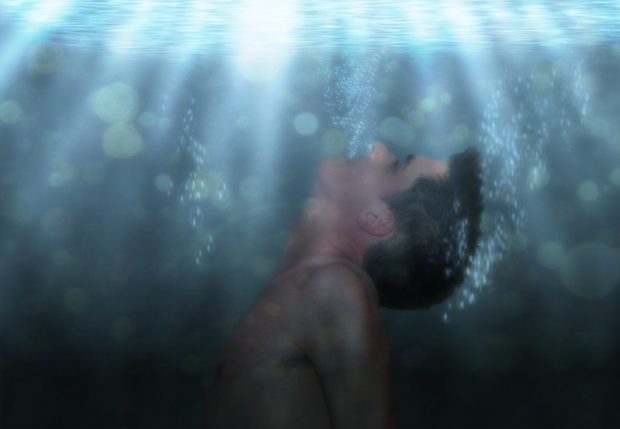 In Sickness and In Health, Poetry 0

Here’s How It Will Go

The chest cage and diaphragm, with expansive spirit,
cooperate one last time,
the discomfort at the depth of the intake
a reason to pause, with a sense of fullness
if not quite fulfillment;
there may be a last perception of aroma
attending the secretive swirling
within those dark cavernous hollows,
and maybe I will still hear
my own last letting go
my sigh in accepting that pain or fear or relief,
that last passive expulsion of vital and toxic gases,
from the elaborate labyrinth on which I’ve so long depended,
without seeing it, or knowing its real intricacy, hardly even aware of it,
throughout all the hoarse wet wheezing,
and the dry coarse coughing, and
whatever eloquence and beneficence I could muster,
to balance the ugly exclamations to which I duly confess,
the controlled expressions of my limited emotional range, or
the uncontrolled expressions of my limited emotional range,
as if those vocalizations, the manipulations of airy elements,
were some essence of me, and who I was for those moments,
defining some idea of me; of course, yes, I would have that thought,
even as the oxygen, lasting through that final breath,
is conclusively released from its captured exploitation,
allowing that notion, perhaps, to somehow seem to cease.

Click here to read Ron Louie on the origin of the poem.

Ron Louie:
Breathing problems inhibit talking, so one considers what is most important to communicate, and how. Perhaps that’s the task of poems, but words and their sounds are primary. The words of this poem started after I developed my own worst breathing episode in decades. The devastation of the novel coronavirus pandemic, with its respiratory system destruction, made the poem seem relevant. 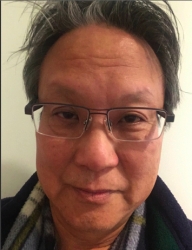 Ron Louie
Ron Louie writes in Seattle. His poems have appeared in Cathexis NW, Antiphon, JAMA, Neurology and Medical Humanities. He is a Clinical Professor of Pediatrics (Heme-Onc), UW-Seattle.

Ron Louie writes in Seattle. His poems have appeared in Cathexis NW, Antiphon, JAMA, Neurology and Medical Humanities. He is a Clinical Professor of Pediatrics (Heme-Onc), UW-Seattle.