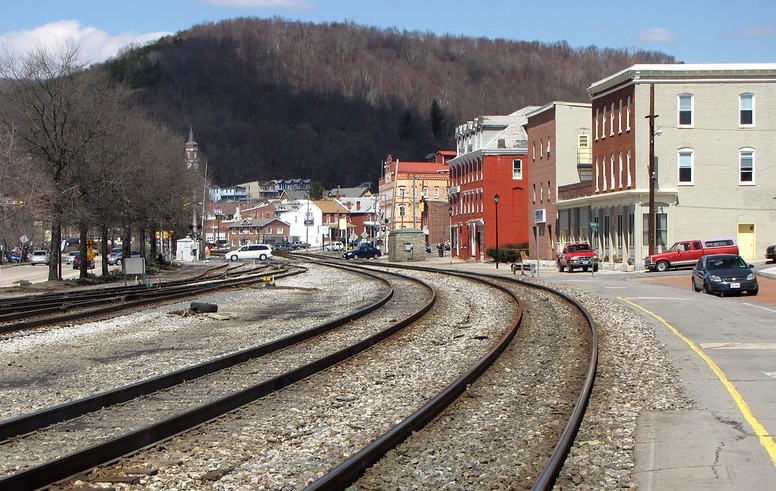 Quarry houses like napping men flanked us. We were born
on the day of other births, many other births.

Inside the train tracks were the sounds of sleep, and within
the miniature of a single word was our story. You were

my widow, you paced many nights while I slept
and placed in me the sad horses of night. Grass creaked

as it grew. Summer afternoons were many miles long,
and we twisted in and out of each other like other humans moving

in and out of their lungs or their shame. Some days we woke up
already dead. Then the birds lifted our prone bodies and carried us

above the gray houses, the empty crumbs of people, a mute strip mall
too stricken to look up to see us. When the birds tired

still we floated, the space in us having learned to become its own sky,
our own gravities shattered, our bodies filled with approaching

dawns. When we died for good, we went back into our separate seas,
and the spaces we had spent our lives opening

became another town so far away we never made it there.

Click here to read Julia Story on the origin of the poem.

Julia Story:
Time has been very weird during the pandemic, as I know it has been for many people. I’m lucky to still have my job and my health, but my partner has been stuck in Spain since late January, and I’ve spent most of the last 50 days alone, wandering around my four rooms, trying to accomplish a lot and accomplishing very little. I’ve written a few restless, awkward poems during this time, but I’m seeing now the ways in which over the last few years I’ve made the act of writing a part of my poetry “career,” not the life-saving spiritual practice it was for me fifteen years ago. When I’m not in an endless Zoom work meeting or taking care of my house and my dogs, I’m meditating, staring at the ceiling, reading, or coloring while listening to 90s music. One day I’ll tackle this issue of what my poetry means to me, but for now I’ll just stand on the shore and wave to it. Sometimes it waves back to me. It’s still there and I trust that it will wait for me.

“How Lonely Sat the Town” is part of a longer project I began last year after watching the 1962 horror movie Carnival of Souls. This and all of the other poems in the series feel appropriate now—they all feature a speaker who is watching her town dissolve, unsure if she herself is alive or dead. 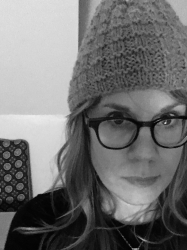 Julia Story
Julia Story is the author of Post Moxie (Sarabande Books), winner of the 2009 Katherine A. Morton Prize and the Ploughshares' John C. Zacharis First Book Award; The Trapdoor (Dancing Girl Press); Julie the Astonishing (Sixth Finch Books); and Spinster for Hire (The Word Works). Her work has been awarded a Pushcart Prize and has appeared in many publications including Diode, Ploughshares, The Paris Review, Sixth Finch, and The New Yorker. She is from Indiana and now lives in Massachusetts.