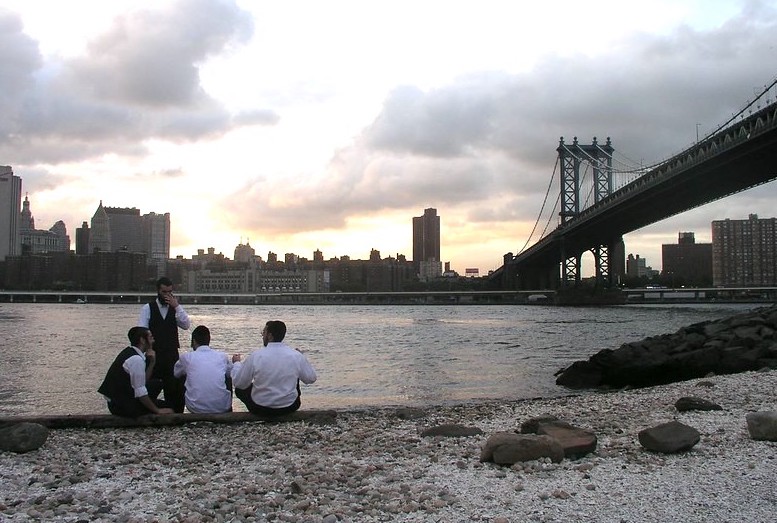 This morning’s news comes as relentlessly
as it has for weeks, and today I watch
as Hasidic Jews bury their dead
by the hundreds in Brooklyn, rabbis
sitting Shiva via Zoom, young men
maneuvering box after box into ground.
Meanwhile the radishes in my garden
unfold under soil, the rhubarb stretches out,
now the weeds are thinned. Sometimes, I think
this will be a good year for tomatoes, apple
trees just budding pink. I see the red flash
of the downy woodpecker, and how
the rim of an eye changes everything
when we mourn. Dear world, I love you.
I never knew how much I missed
my dead until I met them in a photograph,
learned how, in May of 1942, their lives stopped
at railroad’s end. Today pandemic rages.
Today the men bury their dead all day long,
and on into the next, Kaddish woven with sleep
until all are entwined, living and dead. Today
I sow old seeds, pray my loved ones remain
safe from sickness. We have nothing but time now
the virus spikes widely, not particular
about who it crowns. Dear history, some days
I almost forgive you. Dear world, you break me
again, again. Again.

Click here to read Ronda Broatch on the origin of the poem.

Ronda Broatch:
The day I wrote this poem I was struck by images in The New York Times of young Hasidic Jews burying family and community members, victims of COVID. References to the garden came from a prompt I was writing to and, as so often I weave three or so subjects in my poems, my own ancestors, two aunts who were murdered at Chełmno Extermination Camp, entered the narrative. What do we bury? What are the rituals that help us maintain a sense of who we are in turbulent times? What pain, what new hopes do we sow into the earthly dark? 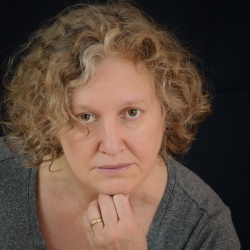 Ronda Broatch
Poet and photographer, Ronda Piszk Broatch is the author of Lake of Fallen Constellations, (MoonPath Press, 2015). Ronda was a finalist for the Four Way Books Prize, and her poems have been nominated several times for the Pushcart prize. Her journal publications include Blackbird, Prairie Schooner, Sycamore Review, Mid-American Review, Puerto del Sol, and Public Radio KUOW’s "All Things Considered," among others.