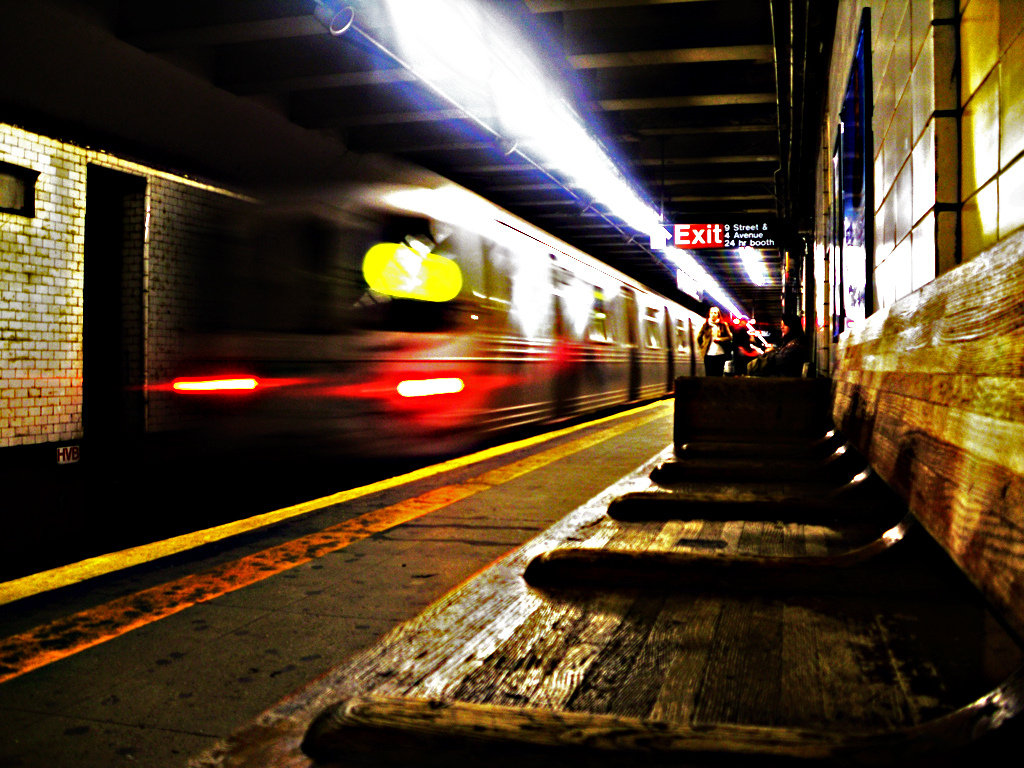 Have you forgotten which bus takes you
down Flatbush Avenue—ballpark where
on Saturday afternoons, a beer-bellied
mechanic rounded the bases all the way
home—your no-hitter stashed in his pocket?

Have you forgotten buying knock-offs
and bootlegged mix-tapes on Jamaica Ave,
nights spent crushing cardboard in the back-
room of Payless with the Dread—late night
dollar-cab rides—beef patty, champagne

cola on your breath—the whims and warps
of New York City potholes? The flavor
of quarter-waters staled when you tried to
unlearn the same strut that made Danielle
wanna have your baby—it kept even real

thugs at bay. You have forgotten nights,
riding shotgun in Shawn’s Peugeot—
daydreams of Rose’s sister—two years
younger, a poet—who at fourteen, spell-
bound you to her doorstep, long after

lights would bail. Streets of whatever city—
names you no longer recognize—no matter
what corner you’re on—when you can’t
seem to find a good bodega or the way back,
find the vial of scented oil in your pocket

—flicking the cap’s dull black enamel—
the one Frankie gifted the year Wu Tang
Clan’s Protect Ya Neck bellowed from
his headphones in the back of English—
the year before he was stabbed to death.

Photo:“4th and 9. The First One”  by TheCoolQuest; licensed under CC BY 2.0 Click here to read Enzo Silon Surin on the origin of the poem.

Enzo Silon Surin: “Passport to Brooklyn” deals with the concept of memory and its triggers. Specifically, it explores the process of trying to control what one remembers about a place and the people or person associated with it. Often, we find ourselves moving our geographic location as a way of avoiding triggers that could bring us back to an unpleasant and sometimes painful experience. Having grown up in New York City, I often long for its neighborhoods. Yet, in the longing to return and in my love for the city, I recognize that it represents both happy and unpleasant memories. No matter how far away I move, a familiar smell or sound can transport me back to the painful progression of trying to side step the block that holds the memory of a lost friend. This poem chronicles such an experience and the delicate task of reentering those sometimes forgotten memories.

Enzo Silon Surin
Enzo Silon Surin is a Haitian-born poet, publisher, advocate and author of the chapbook Higher Ground (Finishing Line Press). He was the 2015 PEN New England Celebrated New Voice in Poetry and his most recent poems can be found in Jubilat, Soundings East, The BreakBeat Poets anthology, among others.