Look what we have here:
some books bought with a student’s savings,
as if land purchased for a house
that you might never build. Plato, Hegel, The Marxist Movement,
heavy cloth covers. Sideways, behind Aristotle, rests Art Nouveau,
like the head of an elderly woman on the train nodding off
which your shoulder tolerates out of politeness.
Books in foreign languages, bought with the last change
from shops you’ll never visit again:
Tarkovsky’s Techniques, exchanged for five food vouchers;
Bergman, Hitchcock, Louis Buñuel reveal only part of the wall,
each the end of a misleading path inside a pyramid.
African Masks, Aztec Culture, Egyptian Gods
all bought on a rainy day perhaps, as an excuse to stay indoors.
And again the visual arts albums
labelled Ars in Latin like medicinal bottles
that camouflage a bitter taste.

Hugo, Turgenev, Stendhal…
relics of first love, second love, of…
A dark empty space
and further, Dostoyevsky’s White Nights
with its green irony on the cover that says,
“Throw a coat over your shoulders first…”

And lower, Gaudí and other architectural books…
A smooth transition between what you wanted
and what you were able to attain.
Encyclopedias, temples without roofs.
Shakespeare exchanged for a noisy Soviet radio.

In a corner, the holy books, the Gospels.
They’ve arrived here by themselves—you didn’t spend a cent to buy them.
Each volume almost never opened. How can you believe something
that doesn’t ask for anything in exchange?

And on the very bottom, The Barbarian Invasion, history, science…
Time to read with glasses. Linear reading. Andropause.

To show someone your library is an intimate gesture,
like giving him a map, a tourist map of the self
marked with the museums, parks, bridges, galleries, hotels, churches, subway…
and the graveyards that appear regularly
at the edges of every town, at the beginning of every epoch. 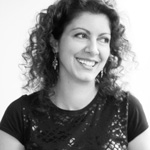 I approach the task of translating each Luljeta Lleshanaku poem slightly differently. She’s known for concise lyrical love poems, long narrative ones that unravel with complex plots and several characters like mini-novels, list poems, and poems where an argument builds up through a series of surprising, insightful details which intensify the reader’s experience of the poem. “This Gesture” is both a list and an argumentative poem. And yet, what makes this poem stand out from typical list poems, is that the reader arrives at the end feeling enriched by a broader horizon that last stanza has unveiled.

One thing I struggled with here is the syntax structure. Albanian is an argumentative language. Oftentimes, independent clauses come at the end of a sentence and so it’s the argument that leads:

Another Lleshanaku feature is her use, or seemingly lack, of regular line breaks. When you first look at some of her poems, you may wonder why some lines are quite longer compared to others in the same poem. Like in this instance:

“marked with the museums, parks, bridges, galleries, hotels, churches, subway…
and the graveyards that appear regularly”

This is an example of Lleshanaku’s argumentative skill. How she argues–laying out reasons/details one after another like domino pieces in a long line, saving the final one at the end, in its own line–only strengthens the argument.

It may be that I am too faithful as a translator. But when I translate Luljeta Lleshanaku, I’m acutely aware that I am not just translating poetry from my mother tongue, but someone’s unique form of ars poetica.

Ani Gjika is an Albanian-born poet, literary translator, writer, and author of Bread on Running Waters (Fenway Press, 2013). Her honors include awards and fellowships from the National Endowment for the Arts, English PEN Award, the Robert Pinsky Global Fellowship, and the Robert Fitzgerald Translation Prize. Her translation of Luljeta Lleshanaku’s Negative Space is forthcoming in April 2018 from New Directions in the US and Bloodaxe Books in the UK.

Luljeta Lleshanaku
Luljeta Lleshanaku is the author of eight poetry collections published in Albania, and nine published in translation in other countries. Her second American collection, Child of Nature (New Directions, 2010) was one of 2011 BTBA (Best Translated Book Award) poetry finalists. In 2012 she was one of two finalists in Poland for their European Poet of Freedom prize. Her latest collection in English, Negative Space, published in 2018 by Bloodaxe in the UK and New Directions in the US, draws on two recent collections published in Albania, Almost Yesterday (2012) and Homo Antarcticus (2015), and follows Haywire: New & Selected Poems, her first UK selection published by Bloodaxe in 2011, a Poetry Book Society Recommended Translation which was shortlisted for the Corneliu M. Popescu Prize in 2013.