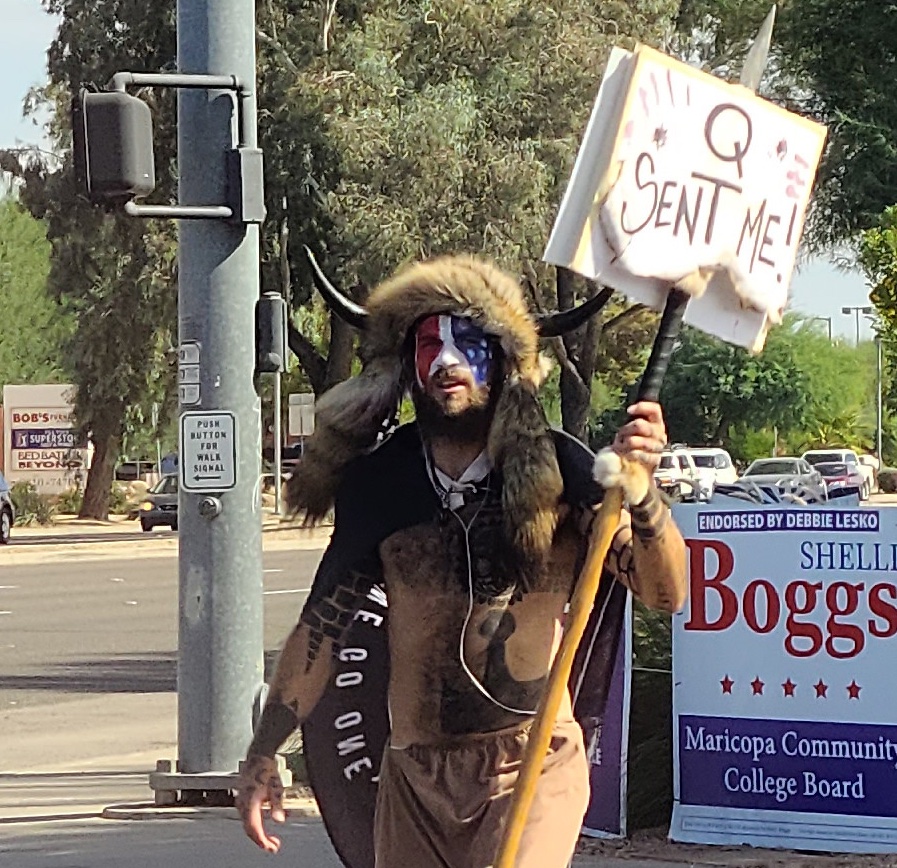 More than a year on from the January 6th insurrection, most defendants are being treated well. Of the 733 Capitol arrestees, 85% have been released pre-trial. While there have been high-profile convictions — Jacob Angelli, the shirtless, spear-shaking “Q-Shaman” who made himself the insurrection’s symbol was sentenced to 41 months of prison — the justice system seems to be responding to the white, relatively wealthy insurrectionists in just the way liberals might fear: releasing them at pre-trial at twice the rate of the average (read: blacker, poorer) federal defendant.

This has put liberals in a strange position: only a year before, after the death of George Floyd, many were calling for defunding the police and abolishing prisons. Now some of those same people are rooting for the justice system and putting pressure on Merrick Garland to prosecute criminals more aggressively.

It’s hypocrisy, and it risks undercutting badly needed reform of the American justice system. If the left truly wants to avoid entrenching and legitimizing a status quo that has damaged vulnerable communities the most, it cannot march for change, and then cheer when people it dislikes are being locked up.

The first step toward an equitable justice system is accepting that this one will continue to fail, even when it is directed at these extremists, and then engaging with alternative models of justice.

What do we hope to get by sending January 6th perpetrators to prison? There are typically four reasons given by carceral apologists in favor of prison: rehabilitation, deterrence, incapacitation, and retribution. So how does jailing January 6th rioters measure up against these?

The American prison system has given up on rehabilitation, that should be clear from both the treatment of prisoners within the American carceral system, and their difficulties in rejoining society afterward. There is no reason to believe the outcomes would be any different for January 6th offenders. There is no program in the American prison system to de-radicalize these individuals or rehabilitate them to reenter society. People that go to prison earn less, have lower life expectancy, and have poorer health outcomes. They’re traumatized by solitary confinement, neglect, and violence. After only one day in solitary confinement, 30% of inmates exhibit symptoms of serious psychological distress. Estimates on how many incarcerated go through solitary confinement — defined as being isolated for 22 to 24 hours a day — are hard to come by. But one data point suggests at least 61,000 people per day are held in solitary confinement in US prisons.

As for deterrence, incarceration has weaker effects than is typically supposed. On average, more than 75% of people jailed will be re-arrested within five years. And if there was any hope that seeing hundreds of insurrectionists incarcerated for months if not years would specifically deter would-be extremists in this case, consider that much of the Republican Party has adopted the position that the 2020 election was stolen. Sending Capitol rioters to prison might very well only confirm the paranoia about the system that those tending to violence already feel. In other words, the net effect might be more, not fewer, radicals.

For a time, keeping prisoners in jail certainly incapacitates them. But at what cost, and for how long? And with what further radicalizing and traumatizing effects? Most will get out in time for the next Presidential election — so what are they being incapacitated from doing? There are far more extremists in the US than the 700-odd that have been arrested. Is the plan to arrest and incapacitate them all, indefinitely?

And so, finally, we come to retribution — the function that the American prison system is most proficient at. Many of the January 6 perpetrators have already been kept in solitary confinement, something the United Nations deems “psychological torture.” If we want to punish these grinning, smirking, dangerous criminals, even at that cost, then we must consider that while on this occasion state power is being used to target white supremacists, do we really believe that this violence of the state will not, in due course, be turned on the traditionally marginalized? In each prison that Jan. 6 insurrectionists enter, their fellow incarcerated will be black men caught up in the war on drugs, or brown men in the war on terror. Why are we so willing to put our faith in a system that has the highest incarceration rate in the world? It might be satisfying in the short-term, but the monopoly of state violence is not, typically, a friend of either democracy or vulnerable communities.

So, what to do with the rioters? Part of the inescapable logic of the carceral state is that we are reduced to binaries. Either we must jail these criminals, or we let them go free. Neither of these are sufficient. If the prison system cannot achieve its putative objectives, cheering it on — even against insurrectionists — won’t achieve what we want it to and won’t solve this democracy’s problems. Further, some that invaded the Capitol might be hapless followers, whilst others were instigators and organizers; these different groups require distinct treatment. And in every case, sending these people to prison takes responsibility away from their much more damaging ecosystem. January 6th 2021 was the culmination of the Trump Presidency and years of Republican Party rhetoric. What led someone like a middle-class doctor from the suburbs of Cleveland to become radicalized?  Research suggests that many insurrectionists were more motivated by white supremacy than we have been willing to reckon with, and that they have much in common with religious extremists — a distinct problem that requires different solutions.

Critiques of the carceral system, of prison time, of solitary confinement, of the dehumanizing process of justice, can appear to have frustrating implications. They can suggest that people that have clearly done something wrong, should get off. But this is a failure of imagination. What we need — and this is consistent with that critique — are tools that engage with criminals in the context of their communities, and that help them re-integrate with society after their sentence.

Such tools exist already. The parts of the left cheering these sentences may need reminding that the summer of 2020 saw a mountain of articles, books and journals that documented how justice systems like the much-vaunted ones in Scandinavia could be implemented in the US, and the transformative impact they could have. There are many ways to develop such alternatives, but prison systems with better outcomes have three traits in common:

First, better systems are more oriented around restorative justice than punishment. Rather than extracting a pound of flesh, helping wrong-doers to come to terms with what they have done, and then be given the tools to return to society, results in lower recidivism rates. For instance, giving prison officers rehabilitative, as well as security, responsibilities can help the incarcerated reintegrate into their communities — a problem that all incarcerated people face. January 6th criminals need help not just re-integrating, but de-radicalizing, given their similarities with religious extremists, something the officers they encounter do not have the training to assist with.

Second, prisons in places like Scandinavian countries are better equipped, enabling incarcerated people to take classes and develop skills that they can use upon their release. These prisons also have basic services like air conditioning that prevents temperatures rising to the more than 100F common in many US prisons, resulting in mental health problems, unrest, and violence, creating long lasting problems both for the incarcerated and the communities they are released into.

Finally, and perhaps most critically, prison systems elsewhere are far less lucrative than in the US. The rise of American mass incarceration has resulted in, and been driven by, extreme profits. Taking the money out of prisons by outlawing private, for-profit prison systems, will drastically shift incentives from a justice system centered around imprisonment to one around safety, rehabilitation and reintegration. Whether the criminals stole cars, sold drugs, or broke into the US Capitol, the left must continue to advocate for the transformation of an unjust, unfair, damaging solution that creates more problems than it solves. Cheering on the imprisoning of January 6th perpetrators risks undercutting much of the important work that activists have been doing over the last few decades in reimagining the prison system.

January 6th left an indelible mark on American democracy. But if, in response, we continue to use broken tools, we will remain trapped in cycles of crime and punishment, of radicalization and polarization. Ultimately, when the carceral state expands, it is not doctors from suburbs that suffer, but communities of color, as those tools and weapons are inevitably used against them. The left must not lose sight of its vital critiques of the prison system, even when rioters try to overthrow an election. 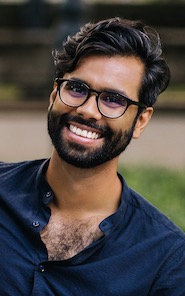 Apratim Gautam
Apratim Gautam is originally from London and works in economic policy and international development. He has lived and worked in South East Asia and East Africa, and enjoys writing fiction and non-fiction, across politics, philosophy and public policy. Apratim loves writing, cooking, reading, and eating anything of interest in New York City.