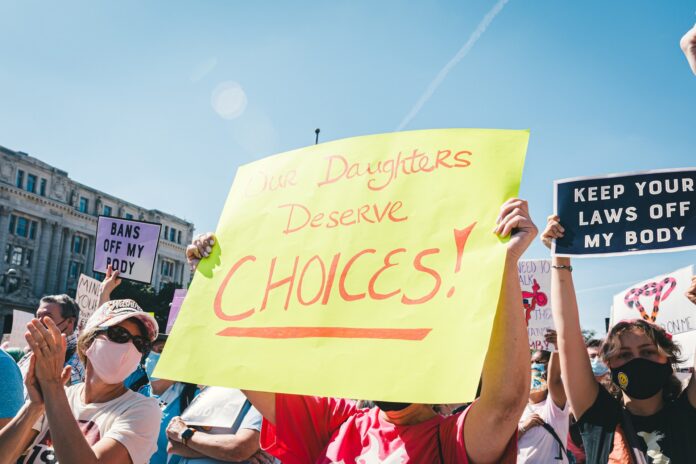 At seventeen, I was naïve about many things but I was never foolish enough to think I was invincible.

Two weeks after having sex for the first time, I drove to the Walmart on the far end of town and bought a pregnancy test. In retrospect, there was no real reason to think I was pregnant. It had happened unexpectedly, although not that unexpectedly, with a friend of mine who I had a crush on for most of high school. We’d used protection but still, I couldn’t get the images of plump pregnant bellies out of my head. I’d seen too many girls my age, the seams of their Abercrombie sweaters stretched like cling wrap over ripe watermelons, to think my fate would be different. If it could happen to them, it could happen to me. And even if I had wanted to believe otherwise, no one would let me. Not my parents. Not my teachers. Not even MTV.

When MTV’s reality series Teen Mom aired in 2009, a few months after I started high school, there were already one or two girls in my class who were pregnant. Rumors circulated about the soon-to-be mothers in typical teen fashion. The fathers much less. A kind of hysteria swept over the small, conservative town in Pennsylvania where I grew up, which only intensified as Teen Mom proved we were not unique.

Everywhere I looked, both on and off the screen, girls who looked just like me were transforming into mothers. It felt as though we were living through an epidemic. And it was treated as such. Teen pregnancy was happening everywhere, they said. If I wasn’t careful, it would happen to me too.

Looking back, it’s clear how the media’s sensationalism of teen pregnancy both amplified and exploited our fears. Without that moral panic, it might have been easier to isolate our concerns but Teen Mom and its predecessor 16 and Pregnant brought teen pregnancy to the forefront of pop culture. They raised alarms about the secret sex lives of suburban adolescents — specifically, white suburban adolescents. And even if you didn’t watch the shows, it was hard to escape the seemingly ubiquitous commercials of crying infants and overwhelmed teenage mothers. Admittedly, I got sucked into the show’s drama from time to time, but not because I enjoyed it. Teen Mom wasn’t so much a form of entertainment as much as it was a warning of everything I stood to lose.

At seventeen, I dreamed of going to college, moving to New York and becoming a writer. An unexpected pregnancy, however, would have brought an end to these dreams well before they had a chance to be realized. Or at least that’s what I was taught to believe. Despite the abundance of conversation around teen pregnancy, there was very little discussion about what options I’d have if I became pregnant. Motherhood seemed an inevitable consequence. Abortion was rarely if ever mentioned at all.

Because of this, I gazed at the moms my age with both pity and wonder. They embodied my fears: their budding bellies, a symbol of loss rather than life. It wasn’t so much the idea of what would happen if I got pregnant that scared me. It was the fear of what wouldn’t happen. The thought of what it would mean to lose myself, to mourn the death of the person I aspired to be and would never know. The dreams I so eagerly envisioned and would never pursue.

In the moments after taking that first pregnancy test, on the bathroom floor waiting for my future to appear in one or two tiny pink lines, I worried that I too would become a story they’d use as a warning. I feared that everything in my life would soon change because of a single moment where I’d chosen desire. I imagined the curves of my hips that had only just taken shape widening to carry what would surely feel like a world of weight. But I also knew an alternate narrative could exist, even if there was no representation of it at the time.

Just days before, I’d looked up abortion clinics near my hometown. I’d thought about how I would get there, how I would pay for the procedure and what would happen after. Pregnancy didn’t have to mean the end of my future as I imagined it, I told myself. I was not entirely powerless. I still had a choice. And I’ve reminded myself of this, again and again, many times since. Often while hovering over the toilet, pregnancy test in hand.

I’ve been thinking a lot about this younger version of myself since the U.S. Supreme Court ruled to overturn Roe v. Wade. If you were to ask me why abortion access is important to me personally, I would tell you that having a plan is how I navigate uncertainty. It’s how I find the courage to act despite my looming fears of consequence. It’s how I reclaim control over myself, my body. How I maintain my status as a whole person with dreams and goals that have nothing to do with my reproductive anatomy. And since that first time ten years ago, abortion has been and still is the silent safety net to catch me if all my other plans fail.

At seventeen, however, I didn’t yet fully realize this. The girl who stood scared in the Walmart feminine care aisle desired so much for herself. But she also wanted to be desired, even if it came with risk. I imagine how she would feel if she were here. If the right to her autonomy suddenly vanished before she’d known how to claim it as her own. My body aches when I picture the burden of consequence pressing down upon her shoulders. I feel my chest tighten when I imagine how her vibrating pulse would intensify with every news headline and social media alert. If I could, I would assure her that she’s done nothing wrong. She’s doing the best she can.

I’d like to say that my fear of pregnancy has gradually subsided since the Teen Mom era of primetime baby drama. But that would be a lie. The truth is that I’ve taken probably a dozen pregnancy tests since that first one. The anxiety that taunted me at seventeen is still here. It is buried deep in my body, infused in my muscular tissue. It doesn’t just arise when my period is late. It’s layered into the way I think about sex, my sexuality, my sexual agency, or the lack thereof. It’s present in the moments when a partner’s touch turns me numb. When I dissociate from my own pleasure.

That fear is so much more than one of pregnancy alone. It’s a fear of consequence, of the unexpected. Of all the factors out of my control that are still deemed my responsibility to manage. It shows up as shame, regret, anger. But in the moments when my thoughts are spiraling, knowing there is more than one option, that I can still choose my fate, is the one thing that can bring my heart rate back down to normal. The power of choice is nothing small. It is sometimes the best weapon we have against our fears, against the forces we cannot control.

I feel lucky to live in New York today where abortion will remain legal and accessible — at least for now. But my heart aches for those in places where abortion will soon be, if not already, restricted or outright banned. I want to wrap my arms around the girls who will come of age in this post-Roe era. I want to tell them that their bodies are powerful. That they are entitled to autonomy even if it’s not a right granted by the State.

I want to hold the hands of the people whose voices have been silenced in favor of those not yet able to speak. The ones who are asking for help only to be told that nothing can be done.

I want to invite them into my home. Shelter them from the storm outside. Show them that there is still a place for us. A safety net to catch us if all else fails.

Image: photo by Gayatri Malhotra on Unsplash, licensed under CC 2.0. 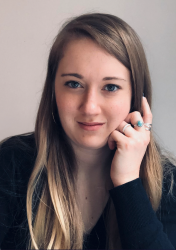 Kate Warrington
Kate Warrington is a New York based writer and communications professional. She is the author of the column "Overthinking Everything" at She Explores Life, an online publication dedicated to women’s sexual empowerment and self-discovery, and a regular contributor to Medium. Her work has appeared in publications including ThriveGlobal, Forbes, Impakter Magazine and more.