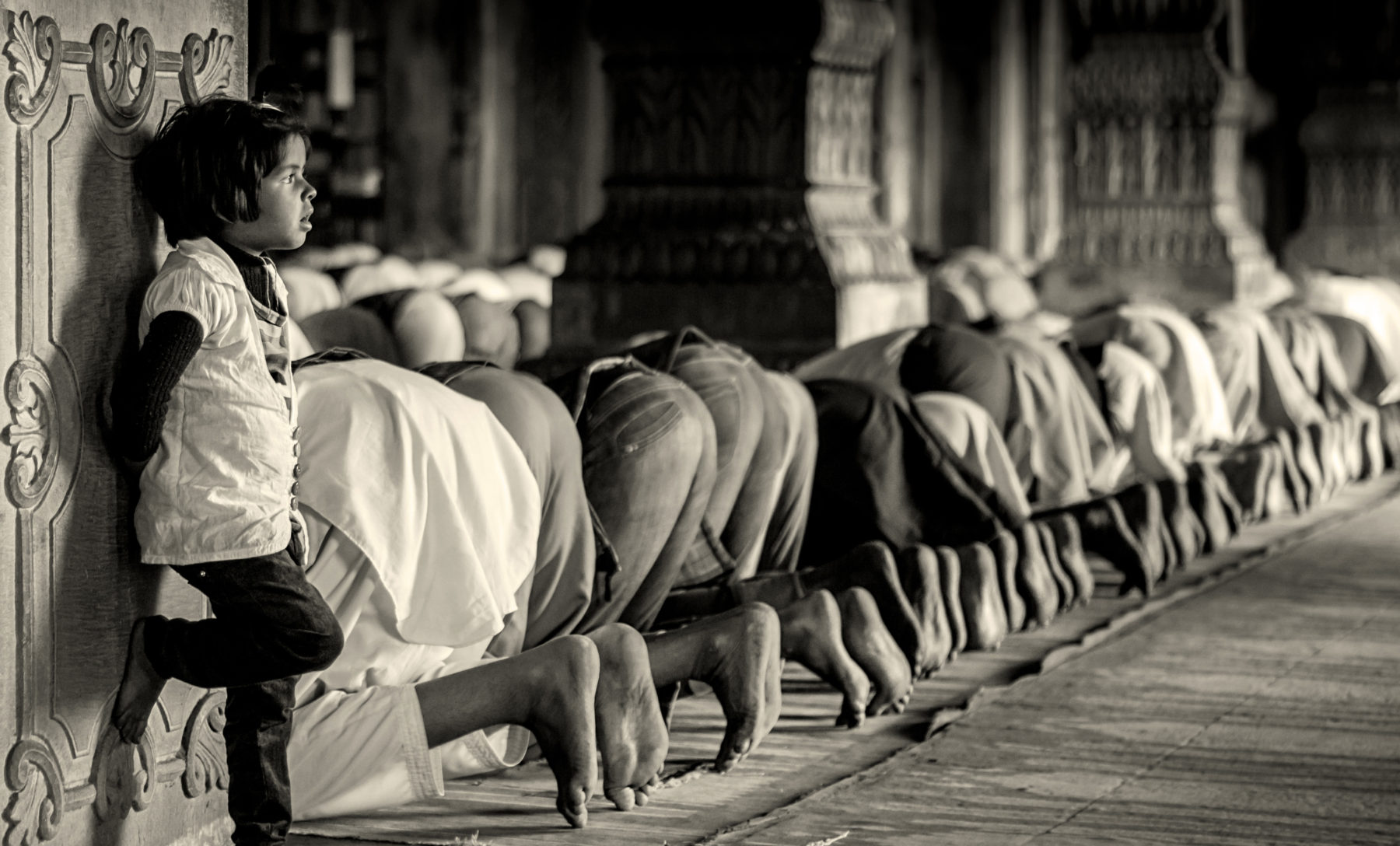 As Muslim-Americans, we need to play a more active role in defining our faith, or will continue to have others define it for us

The tantalizing smell of pepperoni pizza. Greasy, cheesy, meaty, salty decadence—to me, it wafts of paradise. Once my go-to late-night snack in college, I have since given up pork.

I don’t eat it anymore as a tribute to my mom. To you, that may seem strange, and my American sensibilities wholly acknowledge that. But to my Muslim sensibilities, other dynamics are at play.

My mom is a devout Muslim. Raised in India as one of eight, by two hardworking, equally devout Muslim parents, my mother’s faith runs deep. She does not drink, prays daily, fasts in the holy month of Ramadan, and makes donations to educate poor children in India in the name of Allah.

She passed on these traditions to my brother and me. Growing up, an Arabic teacher came to our home each Sunday. We learned to read Arabic, the Quran, and the tenets of Islam.

Like many kids, I loathed my religious classes. I whined incessantly about Sister Munira’s visits and complained that other kids didn’t have to learn Arabic or read the Quran.

When I was fifteen, my mom departed from South Asian tradition and obliged her American children in their free-willed natures. We were allowed to stop our lessons.

I’m not sure if I consciously stepped away from my faith, or if my never-ending list of homework assignments, tennis matches, and basketball practices carried me away by default. It was likely a convenient combination of the two.

Another factor complicating my relationship with Islam was that I was “half.” My dad is Hindu, and in my tumultuous teen years, I let my two divergent identities guide me away from both religions.

In my early twenties, I found my way back. This time, I returned to the religion in a different way, reacquainting with Islam from a cultural lens rather than as a student of religious texts. I connected with Muslim friends, read about perceptions (and misperceptions) of Muslims in the media, and began to advocate for my faith.

I am not the same Muslim I was as a child. I don’t read the Quran weekly, pray daily, or fast. I drink, and also find calm and centeredness in Hindu ritual prayers.

But I will not eat pork. Why? To honor my mother and her religion. It’s my own quiet way of subverting all the forces around me that seek to diminish my Muslim-ness because it’s easier to move through the world as an American, eating whatever I want, wearing whatever I want, and spending my time however I want.

My selective application of my Muslim faith leads to nearly weekly conversations that follow a similar trajectory:

What is your background?

[MOMENTARY SILENCE] Oh, I had no idea! But you drink?

[INCREDULITY] Do you fast?

No, I did occasionally growing up, and my mom still does, but I don’t.

What they really want to ask is: how can these truths live together?

Non-Muslims aren’t the only ones who hold a narrow definition of Islam. Muslims, too, express the same confusion and disbelief at my claim to the religion. We apply a double standard to Islam versus other religions like Christianity, Judaism, and Hinduism. For other religions, we have come to accept a more fluid expression of religious identity. “I’m culturally Jewish,” is a sentence I’ve heard countless times. If Christians don’t go to church every Sunday, we aren’t confused. But my selective application of my Muslim faith presents a sort of dissonance.

As young American Muslims, we must take control of defining our Muslim identities, rather than having others define Islam for us. By creating fluidity in the definition, we lessen the harsh rigidity that surrounds current perceptions of the faith. We build a wider tent of people who can identify with the multitudes of this beautiful religion. We can learn from other minority faiths like Judaism on how to better become a “more regular part of the American fabric.”

One lazy weekend this winter, popular television handed me a revelation about pork. Nestled into the tired sofa of my cozy Cambridge apartment with a steaming cup of mint tea, I indulged, for the millionth time, in reruns of Sex and the City. In Season Six, one of the main characters, Charlotte, converts to Judaism for her boyfriend Harry, a Jew who insists that he must marry a Jew. The season itself is a fascinating case study in how to explain a religion to a wider audience on popular television, but the first episode really hit me hard.

In the episode, Charlotte and her boyfriend, Harry, are out to dinner. Charlotte has just learned of Harry’s requirement that he must marry a Jew, and is sussing out the religion. Harry orders the pork chop for dinner, and Charlotte balks. Harry prods her, and Charlotte explains her reaction, admitting, “I’m confused, I mean you can order pork but you can’t get serious about a future with me because I’m not Jewish.”

Through the lens of a casual date night, Sex and the City reminded its substantial viewership that being Jewish doesn’t equate to a rigid list of qualities, behaviors or limitations. Being Jewish can be defined fluidly, as a cultural expression or as a holiday-time reason for celebration.

I frequently play out a parallel scene in my mind. What if Harry were Muslim, and Charlotte were asking how he could order a glass of wine and still be Muslim? A scene like that would do wonders for Muslims in America, showing the many faces and expressions of Muslim faith.

Hollywood today does the opposite. Shows like Homeland and 24 further perpetuate a singular trope of Muslims as terrorists. Friends, one of the most-watched shows of all time with massive global influence, doesn’t mention Muslims once in ten seasons. Even newer, more socially aware shows like The Mindy Project only occasionally mention Islam, and only when Mindy corrects people who think she is Muslim.

If television depicted Muslims with funny music and light storylines, rather than sinister music as a backdrop for terrorism, Islam might be viewed differently, as Aziz Ansari pointed out when he hosted Saturday Night Live in January 2017.

Indulge me, one final time, in a return to pork.

You are wondering why I don’t take my own advice about defining my Muslim identity on my own terms. Why don’t I just order a slice of pepperoni and satisfy my long-held cravings?

For me, giving up pork feels good. It is a small quiet way that I honor my mother every day. I accept my no-pork pledge as my practice of my identity in the same way that I accept others who selectively apply their faiths or cultures.

My favorite verse of the Quran is called ‘The Disbeliever’ and it ends, “for you is your religion, and for me is my religion.” So, for my Muslim brothers and sisters out there, I urge you to lay down your own parameters for your faith, and share that with others.

If you’d like me to pass you a slice of pepperoni, I gladly will—as long as you don’t roll your eyes when I order myself a beer.