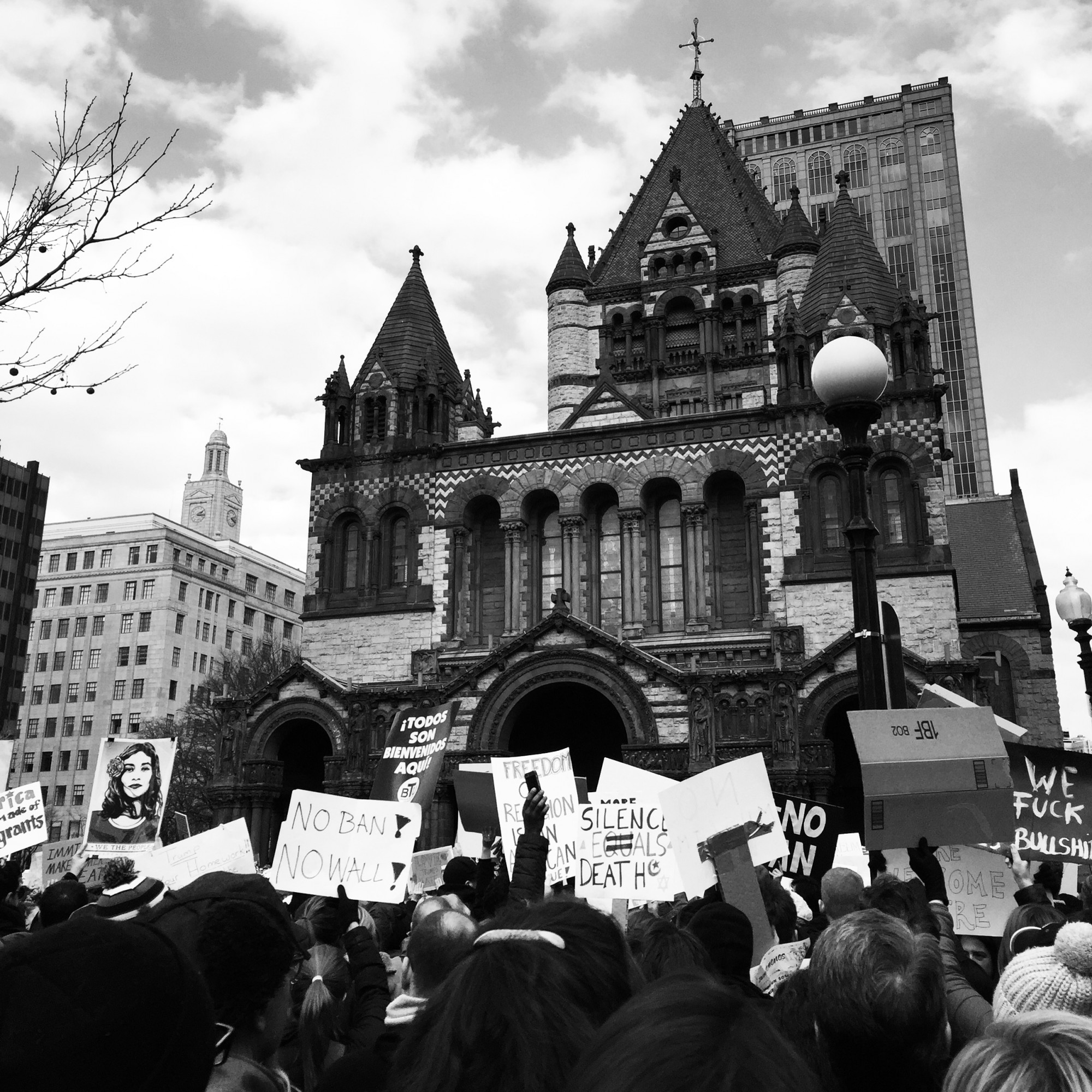 In this moment, America is not mine. It cannot be—it is not like anything I have seen.

I came here in 2007, one year before Barack Obama was elected our president. Our president, because America was mine then. Not mine in passport—I’m an Indian citizen—but in what I believe is worth fighting for: that everyone, regardless of their gender or color or nationality, has a right to be here and wake up in the morning and work toward a better and more just future.

I came here when I was 18, just as my adult life began, before I was tethered to a single way of being. So I became the version of hybrid Indian and American that I was yesterday, that I will continue being. But President Donald Trump and his administration are snatching that out from under my feet right now.

On Friday, Trump closed the border to refugees and issued a 90-day ban on anyone entering the United States from seven predominantly Muslim countries. The list of countries is unlikely to expand to India, and I’m aware that the persecution many immigrants and foreigners are facing is far more acute than the distress I am feeling.

I haven’t been asked to leave—dare I qualify that with “yet?” But it doesn’t matter, because if you ask one non-citizen to leave, you’re asking all of us to leave. You’re telling all of us that we aren’t welcome, that we do not belong.

I can’t contemplate leaving. This is my home. Then I wonder how to stay and witness this ugliness, this spiral away from everything America stands for.

The day after the ban was signed, Harvard University emailed me, warning: “all foreign nationals should carefully assess whether it is worth the risk to travel outside the country.” A risk to travel outside the country? This is the sixth U.S. visa I’ve held in the last two decades—I’ve never before been told that traveling on a valid, legitimately obtained visa to a democratic country could be a risk.

This warning distresses me, not because of my own immigration status, but for the fragility of the future it portends.

I am still in Cambridge, Massachusetts, but my heart is breaking for all the people who are stuck in limbo at borders, at airports, deciding whether or not to board a plane tomorrow. A federal court has granted an emergency stay on the order for passengers being detained or in transit right now, but that doesn’t reverse the ban. And it doesn’t lift the mean-spirited nativism that is spreading across the country like wildfire.

My heart is breaking, because to turn our backs on refugees is to say that some of the world’s most vulnerable people are being denied support from the world’s most powerful country. Much of my research as a graduate student has been about the refugee crisis, about how countries from Germany to Jordan to Sweden are responding to the desperate plea from Syrians fleeing the civil war in their home. America is responding differently.

“It’s only seven countries,” a friend’s classmate said. Seven countries, but all it takes is one act of filtration, seven nationalities not-good-enough to send the dominoes cascading into the morass of this past week.

The pillars of American openness and decency in which many have long held faith are shaking, shaking from side to side my confidence that this country could belong to me. Shaking my conviction that when I knocked door to door in New Hampshire this summer to talk to voters, I was doing it for our collective future. I have a stake in America’s future. I want a stake in America’s future. I care about this country. But maybe when I wake up tomorrow the headlines will say something different.

Everyone asks what I am doing, what they could do, what we should do, and I have no answer. I can’t even read the news. Protest? Yes. Sign petitions? Yes. Donate? Yes. Call our representatives? Yes. Lobby Congress? Yes. But then what? Watch helplessly as the edifice of a tolerant and inclusive America crumbles?

I have no answer, but the demonstrations at airports, in cities and towns across the U.S. and the globe, offer some reassurance that we haven’t rolled over in acceptance. This is not normal, it never will be, and we need to summon the stamina to resist, today, tomorrow, every day for the next four years.

Shanoor Seervai
Shanoor Seervai is a Master in Public Policy student at the Harvard Kennedy School of Government, where her research focuses on child and youth protection in the ongoing refugee crisis. She is the Editor-in-Chief of the Kennedy School Review and a Freedman-Martin journalism scholar. Before coming to HKS, Shanoor reported for The Wall Street Journal in India.