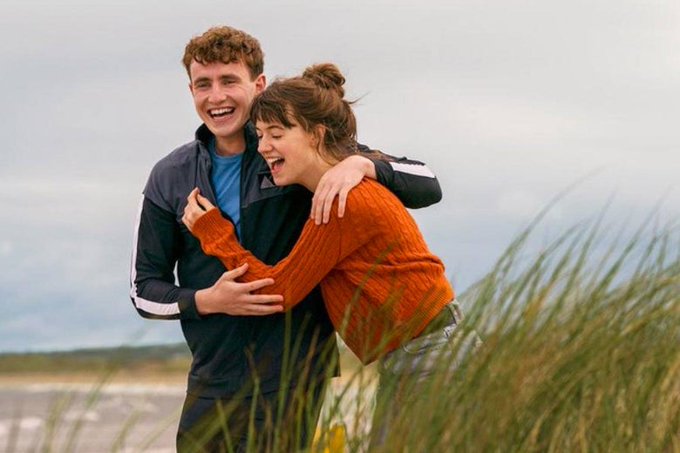 I avoided Normal People for as long as I could. I didn’t have a Hulu subscription and, having read neither Sally Rooney’s book nor any reviews of the show, I assumed from its promotional banner ads— a photo of two young people against a dreamy beachscape—that it was another formulaic high school romance with an all-white cast.

The cast is overwhelmingly white. I was wrong about almost everything else. Normal People, now nominated for four Emmys, may be the perfect pandemic binge.

What convinced me to hit play on the first episode of the book-turned-miniseries was that I started hearing from so many of my friends about the sex. There was so much sex; it was so well done. I was intrigued. Finally, a couple months into the quarantine, I hit play. Rapt, I binge-watched until late night turned into early morning.

After that initial binge that got us hooked, I began to sneak in an episode in the middle of the day, my computer on my lap as I worked from home on my bed. I continued that night, prone on the couch while my husband and three girls slept upstairs. Only my dog’s steady nighttime breathing reminded me that I wasn’t in the room with Marianne (Daisy Edgar Jones) and Connell (Paul Mescal) as their relationship evolves throughout the end of high school and their undergraduate years at Trinity College in Dublin.

Marianne is every woman I’ve ever wanted to befriend or kiss: smart, fiercely loyal to those she loves, nuanced. Marianne is like few women I’ve ever met: so sure of herself, so blunt in her expression of what her body wants. Marianne is me: just wanting to be loved.

Marianne reminded me of my childhood best friend. When she and Connell first kiss she is wearing an oversized sweater and a messy high bun, and there is something about the way that she carries herself that is uncannily similar. Her bony shoulders, the round eyes that simultaneously seek approval and know they will get what they want.

I was the Marianne who let guys sleep with me in secret, while they barely acknowledged me when their friends were around. I know how this messes with your self-concept, how it made me believe the word slut was a label I deserved. It is Marianne who authorizes the hiding, uttering, “No one would have to know.” I, like her, had been complicit in several secrecies that ultimately hurt me, having internalized the expectation of female submission. For Marianne, this was compounded by witnessing her father’s abuse of her mother, and the ways that cycle repeats with her brother intimidating and assaulting her. These larger forces, puppeteering us both in ways similar and divergent.

I’ve been the Marianne curled up on her bed in shame. But she got to skip the rest of the school year and prepare for exams at home. I wasn’t so lucky. I was also the Marianne who heals those who hurt her. The one lovers kissed and cried to in the dark of my room, becoming more whole so they were ready to date again—to date others, not me.

When I arrived at college in the fall of 1999, I was craving a fresh start, like Marianne who reinvents herself when she arrives at Trinity in episode four of the twelve-episode series. But the transformation that beckoned from that imagined future, just like the promised release of the Prince song, ubiquitous that year, ran smack into the present.  The systems endured, that allow cis-het men who sleep around to emerge unscathed, elevated even, while others who do the same are shamed.

A few months into the school year, a “concerned” male friend pulled me aside and told me that I should probably stop.

“You know. Sleeping around so much.”

I was silent. Red-faced from the cheap vodka and watery beer that lubricated most of my weekends.

“I’m saying this as your friend. I hear what my friends are saying about you… I know you’re a nice girl. Don’t do this to yourself.”

I thought about how the same classmates who clustered around their common room TVs every Sunday night, cooing over the four fictional women sleeping their way through NYC, extended no such grace to the real life ones walking our campus.

The sex between Marianne and Connell is every bit what I wish I’d known was, well, normal: interrupted, awkward, consensual at every step. There is actual talk of prophylactics. It evolves as their love expands. Their intimacy goes beyond moments of naked coupling, pooling into the small gestures and silent glances that are prevalent throughout the show. A look, the bite of a lip, the shifting of Connell’s now famous chain against the back of his neck. These moments feel equally charged.

What is, perhaps, more insidious, is the way Connell has a power over her that is rarely articulated, and yet palpable. The one time Marianne explicitly names it—“I would lie down here and you could do anything you wanted to me. Do you know that?” she says, standing next to a stained mattress outside an abandoned house—Connell becomes uncomfortable. At Trinity, their social statuses reverse. Marianne—because of her wealth, through a sartorial reinvention, and now in a place where her intelligence is prized—is the one in the “cool” crowd. Yet, while he may lack social capital, Connell’s power over Marianne, though rarely intentionally wielded, never wavers. I too let men have their way with me emotionally, because I didn’t think I deserved any better.

The very authentic sex in Normal People—thanks to the oft lauded intimacy coordinator Ita O’Brien—is an extension of the ways that the power dynamics between Marianne and Connell are constantly being redefined. Myriad factors—high school social dynamics, socioeconomic class, who is chosen as Schols (Scholars of Trinity College Dublin, a prestigious honor earned by both Marianne and Connell as well as Normal People writer Sally Rooney and Lenny Abrahamson who directed the first half of the show’s episodes), family members, mental health—all interweave in complex ways to inform how they treat each other and those around them. As viewers, we are constantly asked to rethink our own notions of what pulls two people together despite past trespasses and futures that ache to diverge.

Connell’s tenderness with Marianne from when they first have sex to when they last (at least within the confines of the show) hold each other, evoked such a sense of longing in me that I felt dizzy. Remembering my own first time which was, thankfully, equally tender and thoughtful. A nostalgia for the heat of the few relationships from my early twenties that felt like they would never fizzle, with lovers of whom I believed we would always find our way back to each other, somehow. The loss of the slow, carefree weekends of my current partnership, now replaced with kids’ activities and precious moments of solitude stolen on the other side of a locked bathroom door.

The show lays bare a crucial nuance of misogyny: women enact it on each other. Just as Connell’s guy friends make inappropriate comments about Marianne to her face in the hallways of their high school, the girls who are a part of the “in” clique are just as malicious. Rachel (Leah McNamara), who serves as the foil for Marianne, and who is with Connell both before and after he is first with Marianne, is the biggest offender. She is completely dismissive of Marianne as she slumps on the ground after having been publicly groped by a man she rejects at a nightclub. As I watched Marianne take the verbal abuse, I couldn’t help but think about all the women who’ve called me slut, or worse. And not in a let’s-reclaim-words-used-against-us way.

The reclamation I want for my daughters, whether they partner with men or not, is to grow up seeing women be as sexual as they choose to be, unjudged. For the ways sex is shown and talked about in Normal People to become just that, normalized. I want to break the cycle that made me feel ashamed to listen to my body. I can still remember a time, before college, when I felt power in my ability to attract. When I felt no negativity associated with the orgasms I would give myself or those I gave to my high school boyfriend.

I’m hopeful when I see Cardi B and Megan Thee Stallion in WAP, though they face heaps of backlash rooted in misogynoir and bullshit double standards. I am hopeful when I see more shows with realistic depictions of sex and frank conversations that explore sexuality and consent like I May Destroy You. When—not if—my daughters are judged, may they push back in ways I did not know how. May they know their preciousness and their potency.

I cried as the final round of closing credits for Normal People appeared on my computer screen—feeling the same sadness as when I reach the end of a book I don’t want to end. Then it occurred to me: read the book! A reversal of my usually unwavering order. I listened to it actually. To Aoife McMahon’s beautiful reading, which was every bit as intimate and moving as the show was, to the point where I constantly wondered if Jones and Mescal had listened to her reading before they started filming. Hearing Sally Rooney’s words allowed a much richer access to both characters’ interiority. This complicated my understanding of Connell and his motivations, his deeply felt otherness even when he is a popular kid in high school. All of this is shown onscreen, but the book went further, exposing the ways Connell himself questions whether or not he desires to hurt Marianne.

The end of my free trial of Hulu loomed. I caved, knowing I’d want to watch the entire series again, which I did as soon as I finished the book, this time with my husband. It was just as good the second time around. We cried together, clinging to each other in the July heat on our too hot couch. We moped around the house the day after we finished—the pandemic somehow more unbearable—wistful for something, craving a version of our coupling that we’ll never get back. Remembering when our fire burned like Marianne and Connell’s, like the night we shared our first, drunken kiss in a NYC taxi cab.

And yet. If Normal People paints a through line to a future for my daughters where their sexuality is not bound and policed in the ways that mine was, it also helps me see what I’ve gained, sixteen years into a relationship with a man I have loved for almost as many years as I haven’t. There are the flickers of something fresh in the way we work to see past small things that may never change, into the ways our familiarity unearths the profound. We are finding new sensuality in the softening of our bodies; we are emboldened to seek and fulfill each other’s primal needs without hesitation. Perhaps this is why Marianne and Connell seemed wise beyond their years: that they were already doing this from their beginning. 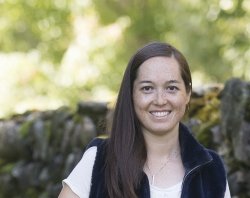 Anri Wheeler
Anri Wheeler is a multiracial writer, antiracist educator, and mother of three strong daughters. She is a graduate of GrubStreet’s Memoir Incubator program and is writing a memoir about race, class, motherhood, and tearing open the boxes into which we’re asked to reduce ourselves. Find more of her writing at anriwheeler.com.