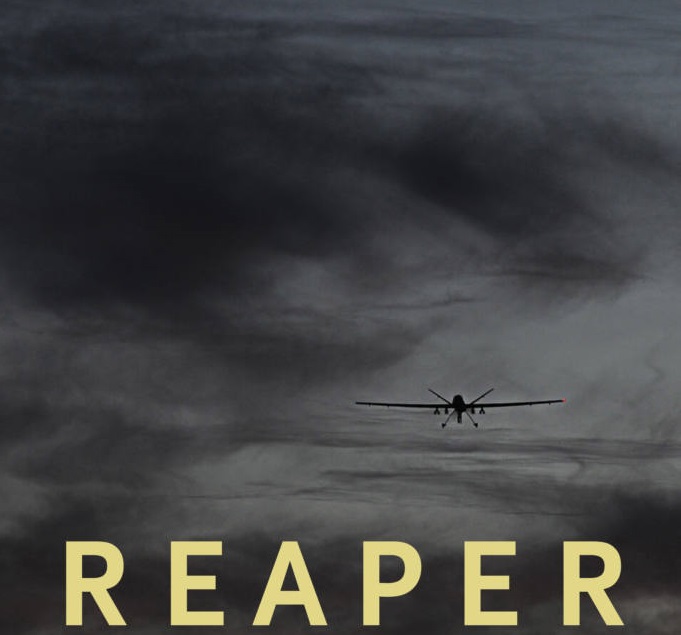 Crock-Pots, car washes, Big Dog, Predator drones. In questions of love and war, whom do we trust, ourselves or the machines we’ve built to assist and, in some cases, replace us? Is an algorithm governing morality possible, and, if so, who would write it? These are the questions driving the poems in Jill McDonough’s third collection, Reaper, a book written during the U.S. War in Afghanistan, the longest war in this country’s history, and one to which the overwhelming majority of American citizens, McDonough included, have remained spectator, not participant. In poems as wide-ranging in form as they are in the scenes they capture, McDonough is candid about her spectatorship, even as she probes the meaning of participant in an era of continuous media spin and backlash, drone surveillance and warfare, and screens in every pocket. The poems in Reaper capture the real-time nature of our understanding and misapprehension of war, fractured as it is by daily life and the many expert voices and devices that compete to control the narrative.

In Reaper, the war is everywhere–on NPR, at the park, even at the Rockettes’ Christmas Special, where “snow drones” release “a blinding plenty” of “ticker-tape snow” above “unsmiling women  / dressed as toy soldiers, facing a prop cannon that goes BOOM! ”—but do we see it? In “My Sister Wants to Buy My Dad a Drone for Father’s Day,” McDonough laments her inability not to, calling herself “a pain in the ass” and “a stick / in the mud” who can’t stop thinking “of Ravens / Predators, Reapers.” Why can’t she get with the program and admit that “Technology is fungible. Also cool”? But her father is tall, and therefore might have been mistaken for Osama bin Laden, as “Daraz Khan, / a farmer, was tall, so now he’s dead,” targeted by a Hellfire missile fired from a Predator drone, she tells us a few pages later in “Lofty View.” Therein lies the crux: the beauty of technology spoiled irrevocably by those who put it to use.

That McDonough is able to move between the Rockettes, Father’s Day, and Hellfire missiles without any appreciable shift in tone or diction is a credit to her poetics, which is conversational, relying on enjambed sentences punctuated with short, exclamatory fragments and enriched with found text, as in the poem “Governing Lethal Behavior in Autonomous Robots,” which takes its title from a reference book of the same name:

coffee makers, four toasters, three Crock-Pots. Set
It and Forget It doesn’t work for long. And yet.

On the other hand. Abu Ghraib, Bush Cheney, My
Lai, Iran-Contra: we did that shit on purpose. We

McDonough is the person you want to deliver the news of a fatal diagnosis or election gone wrong. While we’re laughing in recognition at printer and iPhone mishaps, she slips in the horror—Abu Ghraib, My Lai—her enjambments on “My” and “We” telling us just where to lay the blame. The diction is deceptively loose here (“govern crap,” “that shit”), but every detail has its place: “Fifteen years” matches the length of the Afghan War, and the tripwire to the explosive “shock and awe” doctrine of Bush and Cheney’s Iraq war was the Iran-Contra Affair, among other acts of Near-Eastern mischief-making. If the intended effect is to force us to choke on our own hubris, McDonough softens the blow by remaining steadfastly by our sides. “We…We…we…” (government, military, and toaster and Crock Pot-preoccupied citizenry) are doing this together, and perhaps we can also find our way out of it.

For instruction in how we might escape the hellfire missiles gone wrong, McDonough turns to “the Makers”–engineers at MIT and Boston Dynamics who build Squishbots and Bigger Dog robots with funding from DARPA. (“DARPA / sounds like Darth Vader, Dark Arts, but it’s Defense /Advanced Research Projects Agency,” she helpfully explains for the lay-person.) These are the unlikely idealists of her narrative—“the smartest people we know,” equally concerned with “3D printing organs for infants” and designing the machines that may someday take the place of humans in combat. The point is “the future,” which is surprisingly humane: when the engineers at Boston Dynamics bring Bigger Dog, their battlefield robot prototype, to the park for training exercises, they’re as interested in the “real dogs” romping about as they are in Bigger Dog’s ability to adapt to the icy terrain. Over drinks with its designer, MIT engineer Nadia Cheng, McDonough learns that the prototypes for the Squishbot were “condoms filled with ground coffee,” a humanistic detail in which she revels:

The delicacy of that final image allows us to forget DARPA lurking in the background for a moment and to believe Cheng’s claim (as she must herself, despite all evidence to the contrary) that “the future” is benign, if not benevolent.

But what is the truth of the matter? Leaving theoretical considerations and experimental design behind, McDonough turns to the boots on the ground (or, rather, in the air), in two villanelle triptychs spoken primarily in the voice of drone pilot Lt. Col. Matt J. Martin via the documentary Predator: The Remote-Control Air War over Iraq and Afghanistan: A Pilot’s Story.

Formally, the villanelles meld structure and content brilliantly, the refrain lines circling, drone-like, toward an inexorable conclusion. Martin, whose job is to “hover over my shift” for twelve hours at a stretch, loses track of where, and who, he is in space and time: “I called the Predator I—I was here, and thousands of miles away.” Here is a far more sinister melding of human and machine than the infant SquishBot, and one that has tragic repercussions. Martin, aiming at “insurgents / a whole truckload,” fires a missile that instead “hits / a bicycle. One boy pedaling, one on the handlebars—broken, bent.”

With this image, McDonough unearths a harrowing prospect; perhaps our Terminator-induced fear of future “robot overlords” is misplaced. Far more disturbing is what happens when we ourselves become machine, unable to detach from our screens or discern the motives of those who control what we see and do. “Bad guys are easier to watch die. But death is still death,” Martin repeats in anguished refrain, struggling in the final quatrain to retain some sense of self-determination amid his grief: “I’m not forgetting.” And here is the sounding note of McDonough’s project in Reaper: an appeal against “forgetting,” amid the deliberate distractions of our iPhones and Christmas Specials or the drone of competing news sources and political operatives, who and what is circling above and away from us, and what is being launched—with our tacit compliance—in our names.

Anna Ross
Anna Ross is the author of the poetry collections If a Storm, Figuring, and Hawk Weather. She teaches in the Writing, Literature & Publishing Program at Emerson College and is a contributing editor for Salamander.