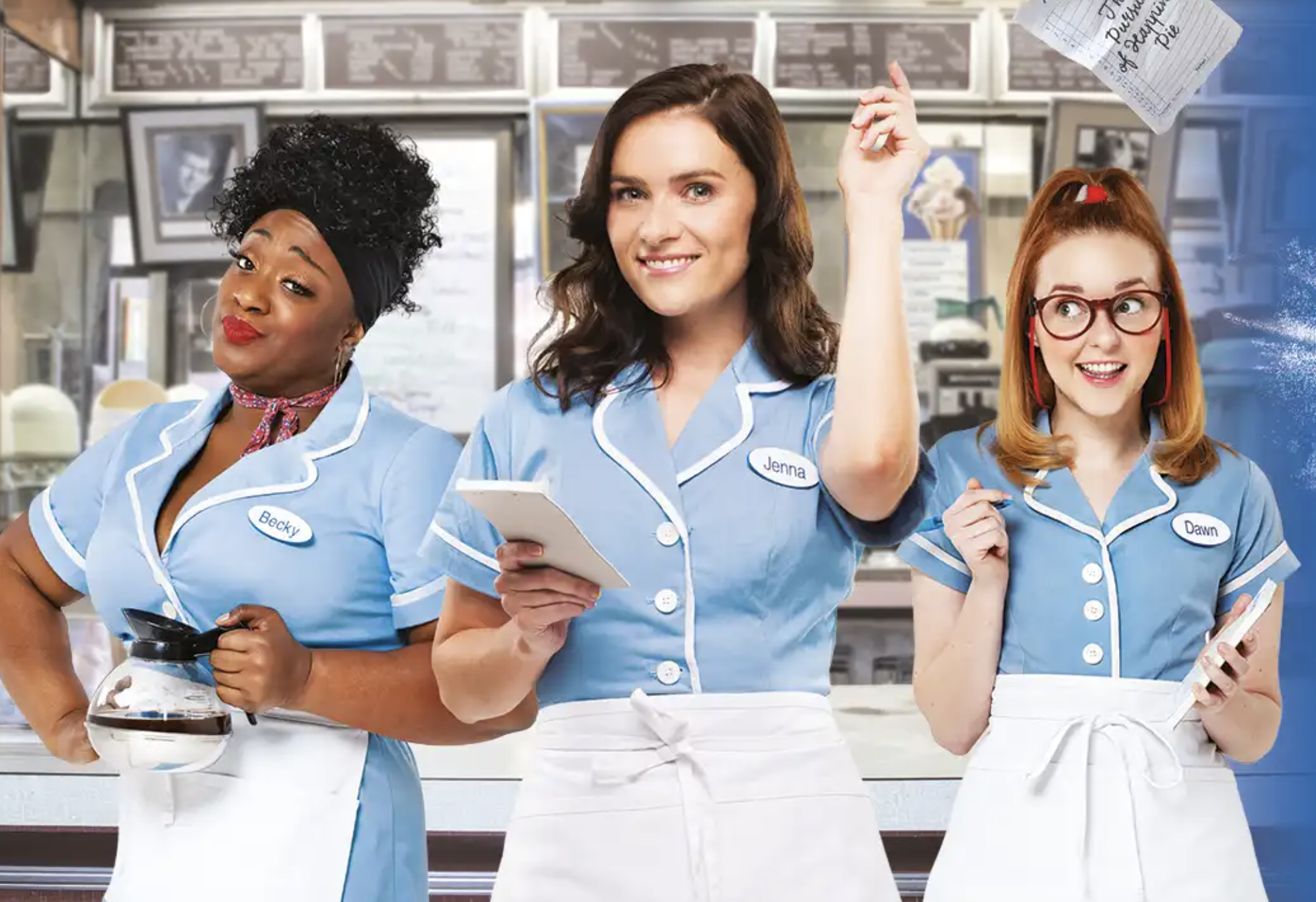 March 23rd 2020 is a date etched in my brain. After a hard day’s work, I was meeting up with university friends to see the hit musical Waitress in the West End of London. I caught the musical bug the prior year after watching Hamilton, and occasional trips to the theatre offered a reprieve from the week-to-week grind. The looming presence of COVID-19 was on all our minds back then. It was therefore with a sense of trepidation that I made the short journey from my office in Victoria to the Adelphi Theatre on the Strand.

Trepidation turned into dismay as I neared the theater and saw the Front of House staff handing out white sheets of paper that confirmed my fears — the show was cancelled. A couple of hours earlier, a nationwide lockdown was put in place, where all bars, shops, restaurants — and theaters — were to be shut down immediately. In fact, “dismay” is an understatement. I was devastated. A few days later, I moved back in with my parents and began working from home, and like so many, I felt my world had collapsed all around me.

In retrospect this seems melodramatic, especially in the context of the hardships experienced worldwide in the past two years due to COVID. Yet my feelings were representative of many young urban professionals at the time. Most of my waking hours, and a good portion of what were meant to be my sleeping hours were dedicated to my career. Most meaningful experiences came from my in-person interactions with colleagues, Friday dinners and Sunday brunches, and occasional treats including trips to the theater. The lockdown took all these away.

I was particularly disappointed to miss out on Waitress because at its climax is one of my favorite songs, “She Used to Be Mine” by Sara Bareilles. In the play this is sung by Jenna, the leading role, as she laments her lost sense of self following an abusive relationship and difficult pregnancy. My “Spotify Wrapped” for the year once again put me in the 0.5% of all listeners to this song, and that doesn’t account for the number of times I have listened to covers or backing tracks of the song on YouTube.

I am an amateur singer, a sucker for sentimental ballads, and “She Used to Be Mine” is a blast to sing. As a kindred spirit on Tumblr notes, there is a beautiful interplay between the vocals and instrumentation. The song begins with a simple chord progression continuing the prior number, “Dear Baby”, before bringing in further backing instrumentation, and the required vocal range grows accordingly. Bareilles’ masterstroke is at the song’s end, where the instrumentation falls away completely, providing the singer space to sustain the note on the word “mine”.

“She Used to Be Mine” can be sung in different keys, which allow the singer to experiment and change its tone, ranging from F and Gb, typical for female performers, to Bb and C, more often performed by male tenor voices. Several great singers have made this song their own. Katherine McPhee and Jessie Meuller’s versions reflect quiet resignation as their Jenna reflects on all she has lost, whereas Alison Luff expresses anger and defiance. Shoshana Bean and Jeremy Jordan tell Jenna’s story through their emotiveness. Perhaps my favorite take is Bareilles’s own which captures the full range of emotions, culminating in soaring hope and optimism in the final bridge as she reflects someone who fights to reclaim their sense of self.

The lyrics themselves are why “She Used to Be Mine” resonates with me and so many others. As Bareilles herself comments, “People relate to the honesty of what [Jenna] is going through… [They] can really relate to the idea of remembering the person you thought you would become vs. the person you turn out to be.” On the surface, I had little in common with Jenna. She is a pie baker and waitress in the American south in an unhappy marriage and abusive relationship. I was an urban professional living in Notting Hill with a supportive family and a good group of friends from school and university. And yet like Jenna, at 27 I was not the person I thought I would be when I entered my 20s.

The lyrics “Most days, I don’t recognize me” and “I’m not anything like I used to be” reflect my experience of the past few years. Like many at 20, I thought I could change the world, and I was optimistic about the future. I was generally relaxed and saw the good in people. At 27, during the pandemic, my professional and personal life were not going where I wanted them to, and I saw a bleak future for the world at large. I was stressed about my job, anxious about my relationships, and cynical on human nature. Maybe I had lost my early 20s naivete but I felt worse off for it.

The lines that hit hardest are where Jenna reflects on her lost self, through the lyrics, “She is hard on herself”, “She is broken, but won’t ask for help” and “She is lonely, most of the time”. Poor mental health was compounded by loneliness. Like Jenna, I felt I would be a burden if I turned to others with my problems. Social isolation affects people across society, not just young professionals, but I am most familiar with how it hits in urban environments. According to a TimeOut survey, 55% of Londoners and 52% of New Yorkers reported that their city can feel rather lonely. In cities like these, most connections are formed based on common institutions or interests, rather than on proximity. You do not know your neighbors. I was a 45-minute tube journey away from my closest friends, so only caught up with them every couple of months — and when I did, I didn’t want to spoil the time by talking about my problems. The crux of these forces is, in general, deteriorating mental health outcomes in cities.

The nadir of the song is where Jenna/Bareilles admits, “If I’m honest, I know, I would give it all back, for a chance to start over, and rewrite an ending or two”. A promise made to young people is that if they work hard in school and in their career, material success will follow, so will happiness. From a material perspective, my career offered a fair transaction. If I invested enough time and effort, I could build a skillset and experience to accumulate considerable wealth and industry influence. And those able to stick with it would begin to find the work intellectually stimulating and fulfilling.

But the promise is false, a lie we tell young people. Wealth and status are unlikely to be a pre-cursor for happiness, especially if they come at the cost of other important needs. In my first week, a partner at the firm gave an important piece of advice — to have at least one other priority outside of work to provide meaning. If I’m honest, I wish I had taken that advice more seriously.

In its climax, “She Used to Be Mine” does provide hope, “to fight just a little, to bring back the fire in her eyes, that’s been gone, but used to be mine!” There is a promise here too, that we have the strength in ourselves to overcome our personal demons, reclaim our dreams and reclaim our sense of self. As I returned to my childhood home as an adult, during the pandemic, in some ways I started to feel like myself again. Like many, I began to appreciate the time I spent with my family, conscious this might be the last time I would stay with them for an extended period. I reconnected with old friends from my hometown. And I had time to reflect. I realized I still had time to build my career, work on my relationships, and to reclaim the optimism I once had as a university student. These lyrics continue to provide the reminder that it is not too late to change for the better.

After a challenging 18 months of working-from-home, I went back to education. Graduate school is providing me with an opportunity to re-pivot towards a career where I can deliver greater social impact. I remembered how important this was to me during my extended period back at home, as I reflected on what I was doing with my life. Ironically, the pandemic gave me the space I needed to come to terms with not just who I was, but who I wanted to become. Graduate school also provides the breathing space to continue to enrich my personal life. Starting my degree in public policy, I’ve resolved to find my voice as a writer, and to channel it towards public service. While I have challenges and doubts, I know I can find support in my community here, and from family and friends back home.

I still haven’t seen Waitress, even though “She Used to Be Mine” was so important to me during the pandemic lockdown. But, in March 2022, two years on, I am excited to once more try and see the show, this time in New Haven. With COVID-19 still around, maybe I’ll be turned away again. And that’s okay.

Image: From waitressthemusical.co.uk, used under Fair Use laws. 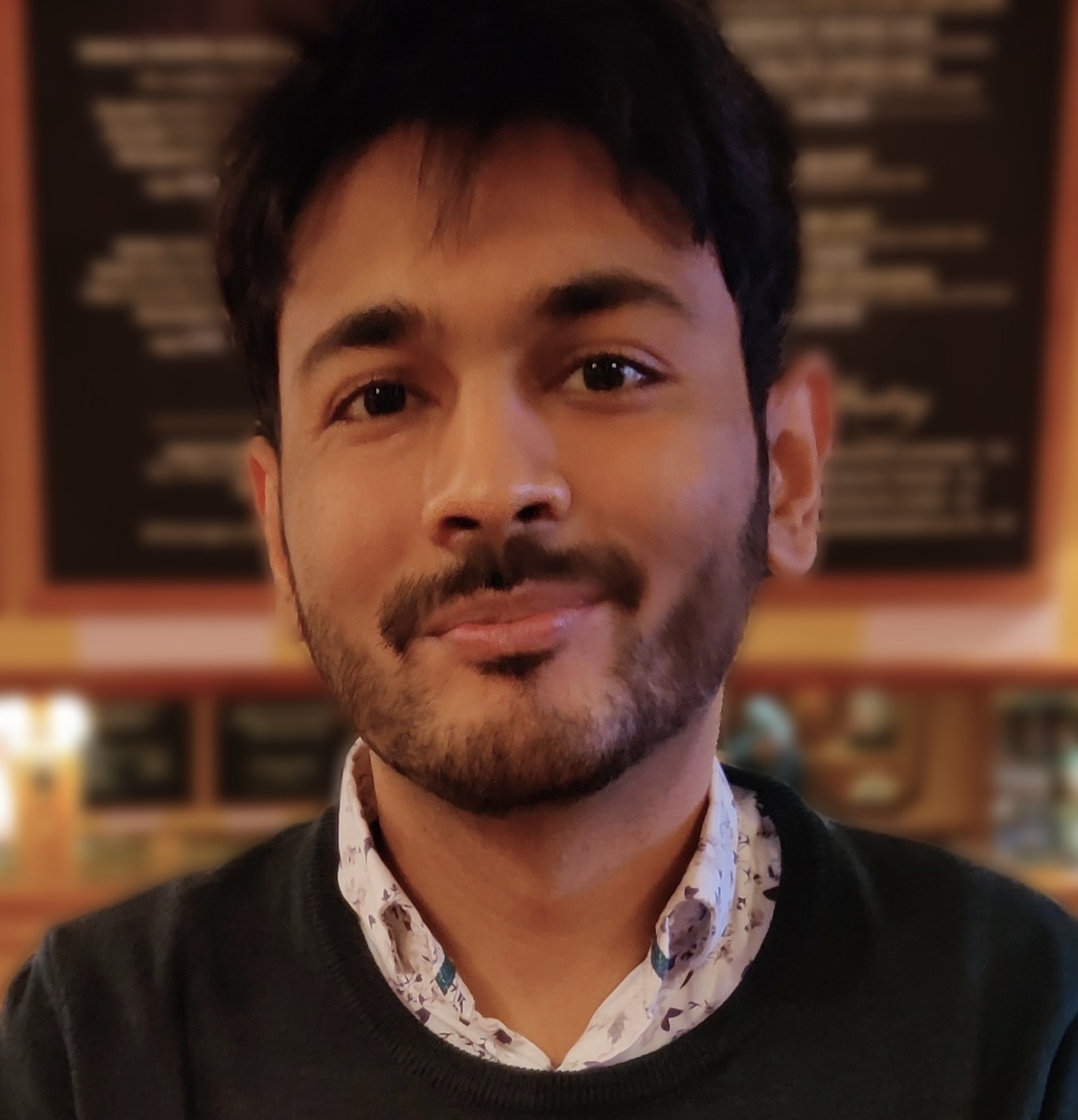 Rehan Mirza
Rehan Mirza is a first year Master of Public Policy student at the Harvard Kennedy School. Prior to graduate school, Rehan worked in the United Kingdom as a management consultant. He is an aspiring columnist who intends to use writing as a vehicle to explore a range of policy and personal interests. In his spare time, Rehan enjoys singing, musical theatre, finding great spots for pizza, and long walks to explore the city.