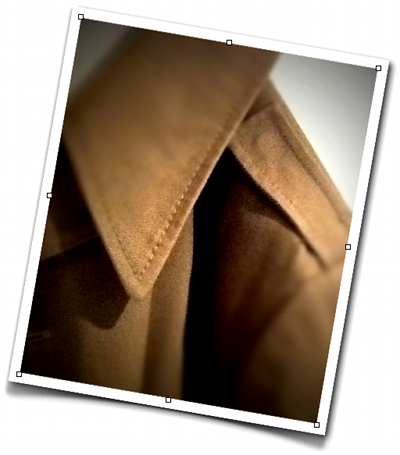 This boy, the only white student, sat in my English classroom. Frank. Twenty-two students crowded around narrow tables designed to hold fifteen, their arms touching.

Frank was quiet, removed—and sometimes funny. One of the kids decided, as a joke, to nominate him for president of the senior class. When it was time for speeches everyone assumed he would withdraw. Instead, he walked quickly to the front of the room, his large body taking up most of the space. His hair falling across his face and his head bent down, he mumbled, “Vote for me!”

He won the election. But then came Columbine.

I was asked, as were all teachers, to discuss what happened and assure kids they were “safe”.

I began: “Umm, so…… we need to talk about the tragedy at Columbine.”

“Well, it is a big deal when innocent people are shot down.”

“What do you mean? That’s ridiculous.”

“What about Frank?” a boy said. “He’s the one who fits the profile. He hasn’t taken off that trench coat in four years.”

There was laughter, and jeers at Frank. He sat totally still, attempting to shrink his huge body into the chair.

“Miss, have you ever heard of black, city kids firing up in a high school? That’s because black students would never do that.”

“Well, there are black shootings.”

“Yes, but they have purpose, a reason.”

“But innocent people get killed.”

“Sometimes,” one of them conceded, “but only by accident. Sometimes innocent people get in the way, but they aren’t purposely targeted. So it’s different.”

“Yeah Miss, and besides if anyone came in and pulled out a gun, we’d have them down in a minute.”

There was more laughter.

“Oh. Well, okay then. Let’s get back to the lesson. Who’s got the homework?”

The students groaned. “No Miss, let’s talk about Columbine.”

Strange. I actually did feel secure—and that they had my back—even as I recognized their thinking as magical. This group of Boston teens knew violence intimately. They often came to school telling stories of things they witnessed in their neighborhoods: shootings at parties, the local corner store, and on the bus coming home. Yet they had never seemed threatening.

So many people have a skewed idea of inner-city schools. When people who don’t know me ask what I do, I play up my response because the reaction is so predictable. “I’m a high school English teacher…in Boston.”

“Wow. That must be dangerous.”

I know they’re picturing me doing something heroic, or possibly crazy. Rap-obsessed, hooded black kids cruising the hallways, wearing head gear, their pants falling off, a gun, and probably a knife barely visible in their back pocket. The administrators and teachers cowering, or just plain hiding, waiting for the day to be over.

But it’s not like that. It’s like this: “Johnny, please take off the scarf, pull up your pants before they fall off, and I can see your Ipod sticking out of your pocket. You know it should be in your bag. Now hurry up and get to class.”

I’ll admit that sometimes you meet a jerk and he tells you to mind your own business, or sometimes you meet a real jerk and he tells you to fuck off, but 99% of the time it’s just a peaceful interaction. The shooters aren’t getting up at the crack of dawn, taking a bus and the Orange Line to school with a final draft of their Great Gatsby paper (double-spaced, 12-point font, 500 words) in their backpack.

But what about Frank? What about the loner white boy with the greasy hair and the trench coat?
Well, I hate to admit it, but fear began to trickle in when I thought of Frank. I imagined him with a sawed-off shotgun tucked into his pants, his trench coat covering it up. This Columbine shooting would give him the push and encouragement he needed. For four years he had calmly taken the jeers—alone, smoking his Marlboro Lights and watching. I tried not to look at him. But you know how when you try not to look at someone, you eventually do? And they know what’s going on and look right back at you? That’s what happened with Frank. For weeks I kept my eye on him. Wondering. Imagining. Fearful. Frank looking back with a blank stare I could not interpret.
I’ve always thought of myself as rational. Nevertheless, looking at the trench coated student before me, I also started to make plans. Heroic plans. Yes, I would be the teacher who saves all the kids even if I died in the process. But it never came to that because Frank was basically a peaceful kid who just happened to wear a trench coat at the wrong time. Well, all the time. I tried to imagine what was going through his mind. Suddenly to be suspect—because of appearances. He liked his trench coat. What was so wrong with that?

The Virginia Tech shootings were reminiscent of Columbine. The aftermath was also reminiscent. My high school building is part of the Northeastern University Campus. On the day following the shootings, basically, a SWAT team appeared. The administration held an emergency meeting. They talked wildly of locking doors, installing cameras on roofs, and placing high tech communication devices in every classroom. It was overwhelming. As usual, I had to speak up. “But the shooter was a student, just like Columbine. Even with cameras, locked doors, and increased security, we’d still let the shooter in.” Silence. Then the rolling of eyes and tsk-ing. Their hypervigilance, ignited by fear, would not be curtailed.
A friend of mine at another school told me the story of their metal detector. All students entering the main door are basically humiliated by being personally scanned, and then having all the contents of their bags laid out and scanned. When they pass all the detectors they are marked present.
However, students are very smart. If they want to get something into the building, they could simply go through security, jet over to an unguarded door, which opens from inside, and get it. If they wanted a gun, it’s doable. Then what’s the point of all the security?

Fear all comes down to the fear of dying or fear of someone you love dying. I remember when my daughter was small and I would check her sleeping body in the middle of the night. That was the only time I could relax. All other fears took a step back because the biggest fear was allayed—for the moment.
But what if there’s no end to those moments? Fear is a survival tactic programmed into us before birth. It’s also learned. The illusion of safety—earned through profiling, or through a lifetime of metal detectors, or monitoring, or constant second guessing—gives a glimmer of hope against imagined disaster. But at what real cost?

I should ask Frank. Mia Manduca
Mia co-authored Len Cabral’s Storytelling Book in 1997. She currently teaches English and Psychology at the Edward M. Kennedy Academy for Health Careers in Boston, MA.  She holds an Ed.M. from Harvard University, is a member of GrubStreet, and is currently writing a memoir.