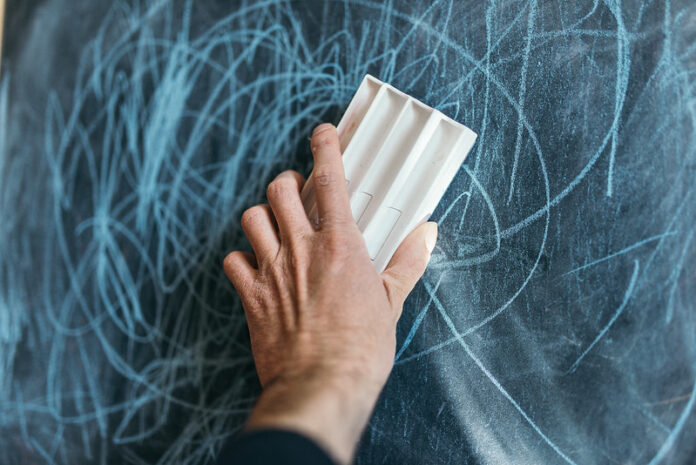 “Can’t you just think about the children for one, single minute?”

My friend was red-faced and yelling, his words surprisingly staccato considering the large amounts of alcohol he’d consumed. Disgusted and hurt, I stared at him. Soon after, I left.

The conversation started that night with the usual pleasantries, moving into the more contentious realm of current events around the second bottle of wine. In the past, I’d enjoyed engaging in these exchanges, in considering other views and challenging my own. Tonight, though, was different. Tonight, the political was personal. It was September of 2012, and I, along with approximately 25,000 other Chicago teachers, had gone on strike.

My friend must have known he’d crossed the line when he accused me of not “thinking about the children.” He knew me well enough to know that I was a dedicated teacher. He’d listened sympathetically over the years as I described battles with administration over the stupidest things: ordering books that might be “too hard” for my students or offering an AP class to hard-working kids. Once or twice, my friend had volunteered to judge some debate rounds when I was a coach. He didn’t stay for all twelve hours of the Saturday tournament, but he had a taste of what my weekends were like.

I’m pretty sure my friend was just blurting, drunk and overcome by the rhetoric of his position. It wasn’t as if I’d never heard the accusation before — that in striking teachers were selfishly abandoning their students. It’s a cliché that stubbornly resurfaces every time teachers stand up for themselves. I heard it again last winter when parents vented their understandable frustration at the constant squabbling between Chicago Public Schools (CPS) and the Chicago Teachers Union (CTU). In January, teachers voted to stay home and work remotely rather than risk infection from COVID in the rise of the Omicron variant. The mayor, in retaliation, cancelled classes altogether.

Soap for everyone. Imagine that.

I wonder how many people who complain about the union have ever actually stepped inside an urban school while it is in session. Sherman, the school where I taught, was so overcrowded that it was near-impossible for me to find a place to work during my planning periods. More than once, I found myself huddled and shivering in the stairwell landing, hands cramping in the cold as I graded papers. Lockers had to be shared, with two students forced to cram books, backpacks, toiletries, and heavy winter coats into impossibly tiny spaces. Offices and utility rooms were repurposed into classrooms with sometimes more than thirty students squeezed in. Space was a constant battle: desk-space and board-space and closet-space, not to mention quiet space. I have no idea how CPS is managing to ensure social distancing in schools like mine. My guess is, minimally.

The school was also filthy, trash cans overflowing with snotty tissues and mouse feces. It was especially bad in the areas reserved for teachers, such as the staff lunchroom where someone found roaches nesting in both the coffee maker and the water dispenser. One year — the year before the roaches — I remember spying an iridescent orb on one of the tables. For a fleeting moment, I thought maybe it was a soap-bubble, that someone had actually wiped down the lunchroom surfaces. But then I realized that the orb was not a bubble but a contact lens that must have dropped from someone’s eye. I have no idea how long the lens sat there before my discovery. I can say, though, that more than a month later, it still hadn’t budged. The table, on the other hand, had grown even grimier than before. It was around this time that I started lunching out, regardless of the cost. I considered it an investment in my health.

In October of 2017, my last year teaching in CPS, I caught a terrible virus, despite all the measures I took to remove myself from that germy building. Two weeks in, my temperature — 103 degrees — had still not dropped. Finally, the doctor x-rayed my lungs and found that the virus had turned into full-on pneumonia, and after another week of brutal antibiotics, I hobbled back to work, twenty pounds lighter than before.

That spring, I resigned, moving my family to a nearby suburb, where my children attend the local public school, which is clean and spacious, bathrooms stocked with soap. Teachers don’t strike here. They don’t have to.

Some people may view my move as the cop-out of a privileged white person, even though the cost of living is cheaper where I now live and the school far more ethnically diverse than many in the city. Others may think I’m betraying my former colleagues by giving up on Chicago schools. Perhaps they’re right. Leaving was a privilege. That said, when I left CPS, soap was a privilege. Does this mean that I shouldn’t wash my hands?

The fact is, both children and teachers deserve access to soap. They deserve to feel safe in their school buildings. They deserve peaceful spaces and abundant supplies. They deserve nurses and social workers and computers and books and AP classes. They deserve it all, regardless of where they live or how privileged they are. 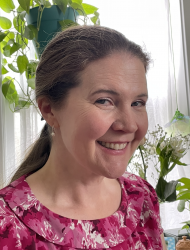 Kathryn O'Day
Kathryn O’Day taught high school English in Chicago from 2000 to 2018. She is currently writing a memoir about her experiences there and pursuing an MFA in Creative Nonfiction at Northwestern University’s School for Professional Studies.