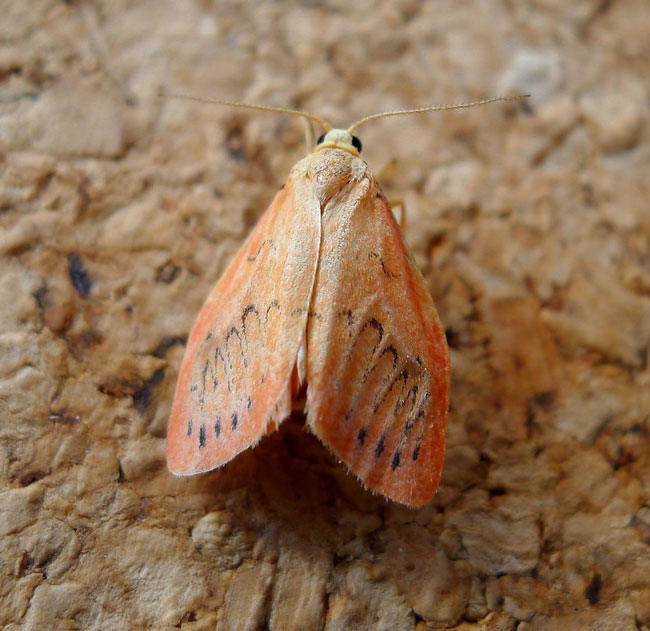 How is anything radically new ever created in nature? Is it true, as some scientists say, that everything under the sun is just a different arrangement of the same old materials that have existed since the dawn of the universe? Are poems just different permutations of ideas that have been expressed before?

I was a freshman student of literature and budding novelist when I started to wonder about such things, and I was eventually led—following the example of Vladimir Nabokov who was a butterfly scientist as well as a novelist—to pursue a course of study that would combine narrative theory, poetics, physics, and evolution. The title of this essay is a quote from a short story by Nabokov called, “The Vane Sisters” (1959), in which a once-mentioned character—an eccentric librarian named Porlock—likes to search through old books looking for typos that might transform a sentence into one with an entirely new and different meaning: “the chance that mimics choice, the flaw that looks like a flower.” Porlock’s friend, Cynthia Vane, suspects that such “chance” typos might be messages from ghosts, who—because they are immaterial and unable to affect material reality—are left merely to tinker with the probabilities that determine chance events.

Occasionally, Nabokov liked to toy with the idea of the supernatural, possibly because an intervening spirit is the analog of an intervening author. Clearly gods are, and always have been, created in the image of the artist. According to the events as literally depicted in “The Vane Sisters,” there is no such thing as ouija-board-style interpolations of supernatural forces in the real world; however, the astute (or superstitious) reader may find the hidden acrostic in the last paragraph that spells out a message from the by-then departed souls of Cynthia and her sister Sybil. This proves to the reader that there is an all-knowing entity above and beyond the reality of the narrative who can hide meta-narrative clues to make one suspect His existence. All beliefs in gods, ghosts, angels, devils or spirits are based upon reading the world as if it were a work of art, interpreting coincidental patterns as if they were intentional. I don’t consider Nabokov superstitious, but I do think he believed in his own god-like power to create.

My research over the past twenty years or so has enabled me to confirm that, yes, truly new things do emerge in the world. Authors can create. While working on a PhD in English focusing on narrative theory and the philosophy of science, I became a visiting researcher at the Santa Fe Institute to study deterministic chaos, self-organization, artificial life, and the complexity sciences—new scientific concepts and tools that were being used to re-examine the question of whether or not genuine novelty can emerge, almost like a miracle, from a rearrangement of already existing parts. It was said that “effectual factors” in a non-linear (complex) system is what allows the system to self-organize, become complex.

But what does that mean?!

The physicists I was working with at the time weren’t able to provide an answer to that question in a way that satisfied me, so I kept asking. Eventually, I came to land in a new sub-field called biosemiotics. I now understand that these “effectual factors” are the qualities of relationships between physical things that can’t be quantified. Similarity is analog and relative. So is proximity. How near and how similar something is to something else may affect the probability of a new relationship crystalizing. Effectual factors are like literary puns and coincidental patterns. For example, a moth that happens to be resting on a tree trunk of a similar color to itself inadvertently furthers its own chances of survival. To a bird cruising by, the dull moth looks like bark. Coincidental intersections of similar things may form a pattern that can be interpreted by some living being and these moments are points at which the strict determinists, like a Pierre Laplace or a Daniel Dennett, will see predictable trajectories of matter and energy take an unpredictably sharp turn. Every artist I have ever known describes the process of creative discovery in a similar fashion.

But much less obvious is the kind of creative interpretations that go on in nature even when there is no intelligent animal to interpret the coincidence. All living systems tend to interpret coincidences, and this is how they get their power of self-organization, how they hold together better than you’d think possible, how they come to function in advantageous ways far beyond what the numbers might predict. My particular role within the field of biosemiotics is to explore how all semiosis (i.e., the purposeful, self-confirming habits) always begins with the radically transformative process of poesis. I have found that every new semiotic habit (rule-bound biological process) must begin as a mistaken interpretation of a coincidental pattern. For example, the wrong molecule happens to fit into a cell receptor, and this causes a chain of reactions that repurpose that receptor for some other function. Chance that mimics choice. Adaptation always involves a typo, a mutation, an error, that gets mistaken for something else. This must be so, for the only way to respond to something foreign and new is to mistake it for something we do know, assimilate it into ourselves and allow it to change ourselves. Think of the proto-eukaryotic single-cell organism that ingested another single-cell organism it took to be a tasty meal. The ingested but not digested organism was assimilated and became the nucleus of eukaryotic cells which eventually gave rise to all fungi, plants and animals, you, and me. That’s a pretty amazing invention based on a mistaken interpretation.

Human language emerged from such semiotic biological processes. Basic semiosis, far from being unique to humans, primates or other higher animals, is co-extensive with life. I enjoy working in biosemiotics because it offers a much-needed bridge between the sciences and the arts. One of my driving motivations has always been to show that the literary arts are useful to the sciences and the sciences are useful to the arts. The humanities have suffered, as much as the sciences have, from the wedge that has been driven between art and science, subjective and objective, mind and matter.

It’s my creative work as a novelist and a narrative-poet that has given me insight into the natural creativity of evolutionary processes and pattern formation. Creative writers know better than scientists how truly radical new ideas can emerge in language, as the result of some poetic interpretation. Artists tend to be aware of the way subconscious processes innovate, not through logical laws or relationships, but often though coincidences. Life uses language-like processes, and, conversely, a poet can create radically new ideas using biosemiotic-like processes.

The world is alive with meaning; nature itself uses metaphor and metonymy in its creations. When things are coincidentally like each other (metaphoric) or coincidentally near each other (metonymic) this can constrain the way they interact and may affect the probabilities of certain causal outcomes. I believe that this is what underlies self-organization in nature and what makes it seem “purposeful,” as if some whimsical artist were behind it all. This is a sense of purposeful nature that is very different from a religious or spiritual notion, such as Wordsworth had for example, one that relies instead upon ecological and semiotic notions. Nature truly is a self-creating work of art. V.N. Alexander
V. N. Alexander is a literary fiction novelist (Smoking Hopes, 1994; Naked Singularity, 2003; Trixie, 2010; and Locus Amoenus, 2015) published by The Permanent Press. She is also a philosopher of science working on creativity, evolutionary adaptation, and learning. She is a Rockefeller Foundation Bellagio Center alum, a former Public Scholar for the New York Council for the Humanities, and is currently at ITMO University in St. Petersburg, Russia on a Fulbright grant doing art/science research. Her science publications include The Biologist’s Mistress: Rethinking Self-Organization in Art, Literature and Nature, 2011 and a contribution to Fine Lines: Vladimir Nabokov's Scientific Art, published by Yale University Press, which was one of Nature’s Top 20 Books of 2016.