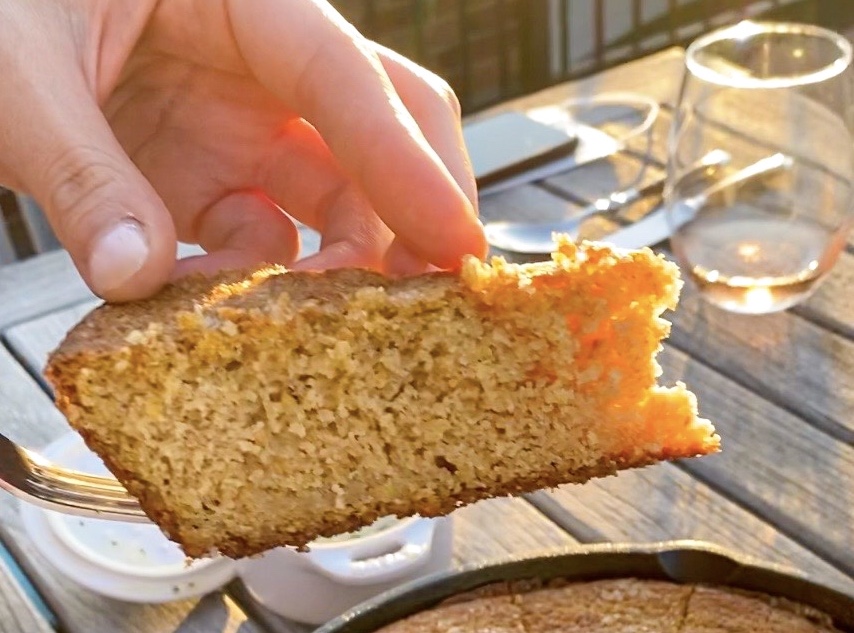 I’m prone to guilt, coming as it does in crumbs and great big slices. Or sometimes as the entire pie. I feel it right now as Steven and Celia and I isolate from COVID-19 in our pretty house in Detroit—a city hit particularly hard by the virus.

In the midst of such loss, my little family and I are afforded the gifts of time and security by essential workers who, among other things, sell me absurdly cheap gas and prepare our prescriptions. The folks who process veggies and cereal and low-fat protein bars, who transport them, load shelves with them at Kroger’s where I arrive sanitized, masked, and gloved to pick them up and whisk them safely home. Hence my current pie o’guilt.

As a writer and college teacher, I’m deemed utterly nonessential, as is my husband Steven, a chef-instructor. Our 19-year-old daughter Celia (always vital) returned home when her college classes went online, so she’s stuck here, too, all of us snug as grubs in this house-bubble where food, specifically dinner, has become the lynchpin of our long days.

Food and I always had a complicated relationship. It’s the mother that rocked me to sleep as a child. It’s the lover I crave even as I deny myself its richer pleasures (the better to avoid guilt). I’m also a dull sort of cook who only passed junior high home economics by the grace of a teacher who ignored my bleeding chicken-a-la-king and flat, dense-as-a-brick soufflés. Meanwhile, there’s Celia with her hundred food aversions, the textures she (ew!) eschews, components that can’t (ever!) touch, and sauces (gasp!)—anathema.

“Hey,” says Celia as she reads this over my shoulder, everyone being in each other’s business right now.

“I eat some sauces. Sometimes. I’ve gotten adventurous since going to college.”

Her expanded palate will certainly be a gift to my dear, beleaguered Steven—because what’s a poor chef to do, stuck home with two women who refuse to enjoy the breadth of his culinary gifts. Steven, who believes pie is a necessary food group and butter a minor god. That every texture matters. That calories are a mispronounced city in Alberta, Canada—in other words, entirely off topic.

“Do you mean Calgary?” asks Steven as he reads this over my shoulder.

Steven’s generally good-natured, as are we all, but due to my family’s different food sensibilities, dinnertime has always been problematic for us. Either the cook-of-the-night (usually me for whatever reason) prepared multiple meals, or everybody grazed. In other words, we displayed good ol’ American individualism and fended for ourselves. Which, unsurprisingly, raised in me a whole crop of guilt, even as I threw up my hands and gave in to it.

But now everything’s changed. We’re sheltering together 24/7. The daily news explodes like bullets. The street outside our windows has gone silent and empty as a new planet.

During the day, Steven and I might retreat to separate rooms as we navigate online courses, and Rip Van Celia—nearly nocturnal at this point—barely drags herself awake for her own classes before nodding off again. But at least family dinner is communal now, and it’s taken on new urgency. Created as it is from elements gathered and driven, stocked and sold by strangers risking their lives for our comfort, how could it be otherwise?

It boils down to this: some evenings I give in and bliss-out on Steven’s carb and butter-laden masterpieces, or Celia attempts a bite or two of something squishy (ew!). Other nights, we graze, but we do it in the same room, and our dinner might consist of Cheerios, cottage cheese and parsley that’s risen like hope in our garden, on pickles and Nutella toast (gasp! not at the same time), on s’mores toasted in the fireplace, on radishes and Flamin’ Hot Cheeto’s. Or, ya know, a low-fat protein bar and yogurt for me.

Which is fine. For this moment (don’t blink, or you’ll miss it!) we’re together. It’s a gift we didn’t notice enough pre-virus. One which, for the space of dinnertime, transforms guilt to gratitude. Just a little bit—because how could it be otherwise in this breaking world? Still, I gather the crumbs in my hands. I swallow them whole. 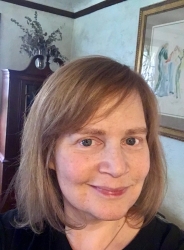 Laura Bernstein-Machlay
Laura Bernstein-Machlay's writing has appeared in many magazines including The American Scholar, The Coachella Review, Georgia Review, Hotel Amerika, Into the Void, Michigan Quarterly Review and others. She currently has essays appearing in The American Scholar, Broad Street and World Literature Today. Her full-length collection of creative nonfiction essays, Travelers, was published in 2018. Find her at https://www.facebook.com/Laura-Bernstein-Machlay-830773183791593/ and http://laurabernsteinmachlayauthor.com.