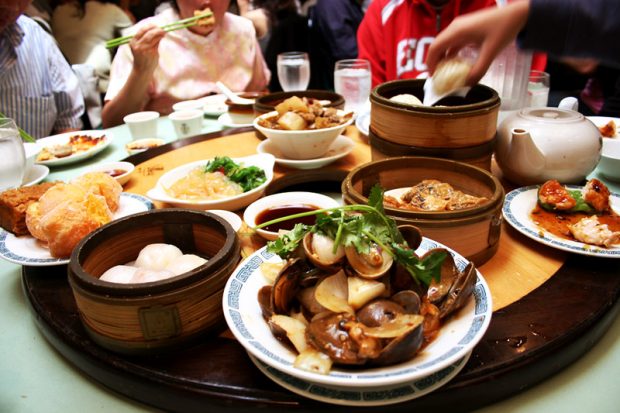 How to Eat Chinese Food

There is nothing quite like the din of a large Chinese restaurant and the cacophony in the vast dining hall of The New Fortune Chinese Seafood Restaurant is no exception. Hundreds of chopsticks clink on porcelain, laughter erupts, and the twitter of multiple conversations rises from each of the dozens of round tables. Servers lift lids off bamboo steamers and puffs of ginger and garlic advertise delicate hand-formed har gao, their pale shrimp visible through the translucent encasement, and siu mai with wonton wrappers cradling pork stuffing.

At the table next to us, three gweilo — Westerners like me, but “white ghosts” if you translate it literally — order from the menu rather than selecting from the steamed buns and dumplings circulating between tables. The push carts are a nice retro touch, as they have all but disappeared from Hong Kong, my wife’s home town and where I lived for several years. Phyllis and I now call Austin home, and New Fortune is our favorite place for dim sum. Dim sum is a bit like Chinese tapas, small dishes that are traditionally served for breakfast or lunch — in our case, it’s usually Sunday brunch.

The three guys get four huge, family-sized dishes delivered to their table. And instead of sharing, each guy settles a serving bowl in front of himself (one dude has two). Everything is deep fried and covered with gloopy, oil and sugar-laden sauces that make the choices look nearly the same. It is American Chinese food. That’s right: American Chinese food. It’s no more Chinese than Tex-Mex is Mexican food to someone living in Cancun; no more than an Oscar Mayer hotdog is Bavarian cuisine. I wanted to tell the bros that at one time I hadn’t known either, that I didn’t know what I’d been missing.

I had heard rumors, back in my twenties, that American Chinese food was its own thing, but even the Chinese woman I was dating at the time couldn’t find anything other than American Chinese food in our part of Texas. It wasn’t until I got to Hong Kong that the gates opened. Cantonese fare is balanced and light, presenting fresh ingredients without overwhelming them —nothing like what we had back home. The move also provided a gateway to Taiwan’s broad palate, introduced me to fiery Sichuan, and supplied a chuckle in that there were no fortune cookies at the end of meals — they are a purely American invention. When we moved from Asia to Austin, it didn’t take long before Phyllis and I were combing through the list of local restaurants in an effort to find a bit of what we had left behind. Fortunately, immigration and expansion had done us some favors in the intervening years with the addition of a handful of authentic restaurants clustered near the new Asian supermarkets.

So, here’s an alternative approach to consider: Everybody pick a dish that looks interesting, and put it in the middle of the table when it arrives. Eat communally from the center. It’s more sociable, and you get more variety with the family-style setup — the more the people, the broader the assortment, so bring friends. Order different things: a meat, a vegetable dish, maybe some noodles. Go for steamed and stir fried rather than deep fried. Pick stuff you haven’t had before. If you fancy yourself savvy on wine or IPA’s, then give yourself a tea-tasting — a lightly floral Ti Kuan Yin, China’s most famous oolong, next to an earthy Pu-erh, a fermented variety that, like wine, gets better with age. Try eating just from your rice bowl. You don’t need the whole meal in front of you — putting a couple bites on top of your rice will do. Not only is it an attractive little pillow for your nibble, but the rice absorbs some of the juices for the next bite. Feel free to serve your neighbor when you reach for more.

But what to do if the menu only has American Chinese food — General Tso’s Chicken, Sesame Chicken — that sort of thing? My wife and I have had some luck asking if there is anything not on the English menu. If they have a predominately Asian clientele, then there probably is. If you’re keen to explore, check out options online. Instagram snaps of BBQ pork hanging from hooks or a whole steamed fish on a plate are promising signs. You might be lucky enough to have a Xinjiang (lamb, flatbread, halal), Anhui (herbs, mushrooms, simplicity), Ningbo (saltiness, bamboo shoots, marinades) or Shanghainese (caramelization, soy sauces, pickled condiments) joint in your area.

Until it is safe to dine in, takeout is always an option. The restaurant with the best food might not be the one with the nicest décor, but once you’re inside, past the ducks hanging in the front window, you’ll see what I mean. Don’t be like the bros. Search out the real deal and see what you’ve been missing. 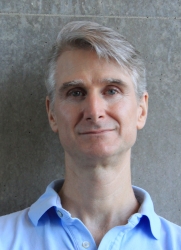 Sean Winn
Sean Winn's work has appeared in The Ocotillo Review, Call Me [Brackets], and Amsterdam Quarterly, among others. After living in Indonesia, Hong Kong, and Singapore, he now calls Austin, Texas home.

Sean Winn's work has appeared in The Ocotillo Review, Call Me [Brackets], and Amsterdam Quarterly, among others. After living in Indonesia, Hong Kong, and Singapore, he now calls Austin, Texas home.