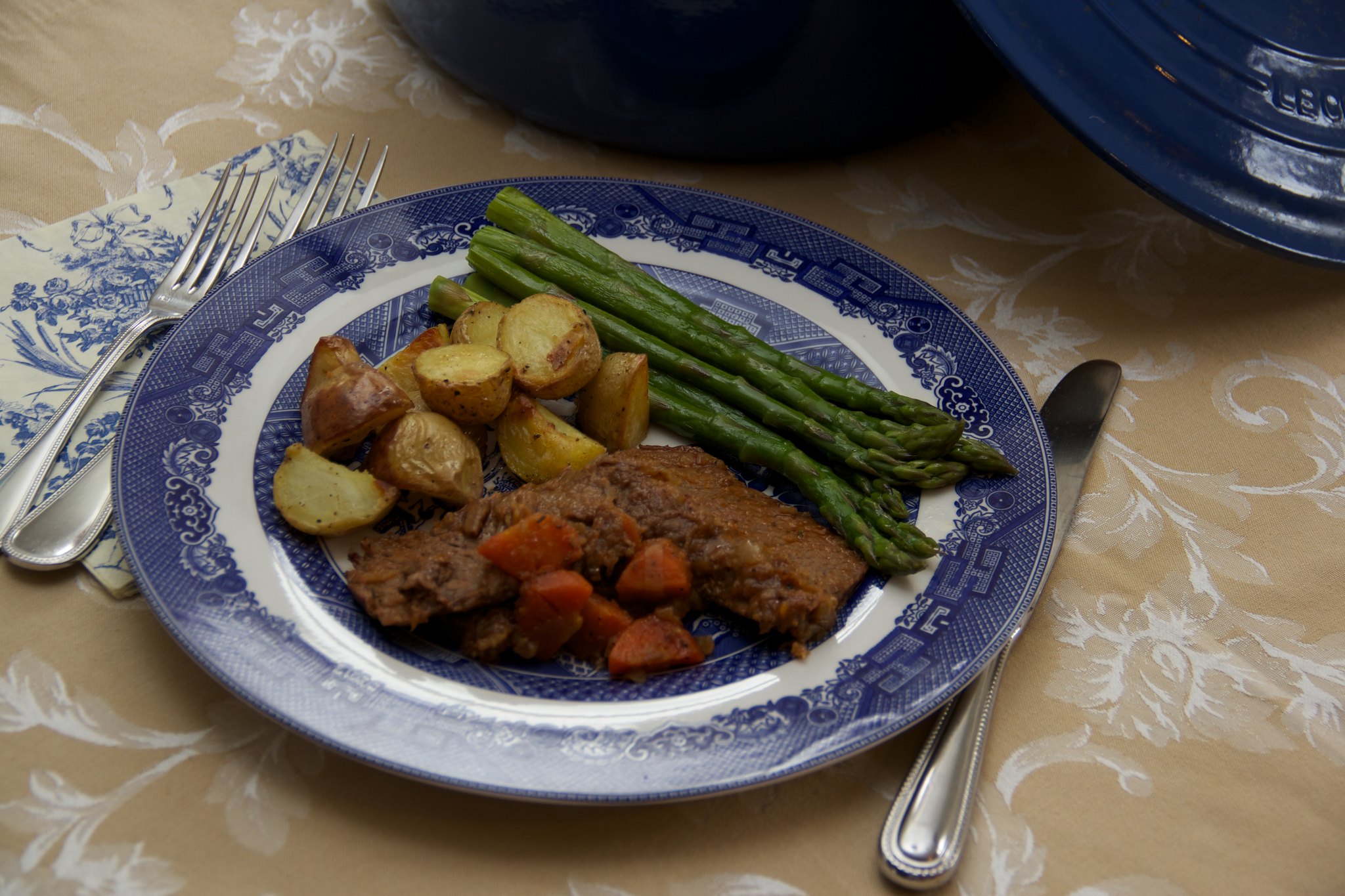 Although born and raised Jewish, I have never made a good brisket. Today as I hopped around in the swimming pool with my fellow sexagenarians to the strains of Ain’t Too Proud to Beg — my Saturday morning ritual is going to water aerobics, not synagogue – it occurred to me that time may be running out. Perhaps it’s because I’m inching towards vegetarianism; more likely it’s because I’m getting old. But regardless of the impetus, I once again felt the stirring to try, one last time.

My mother was an adventurous, erratic cook; my father a more consistent, if limited force in the kitchen. But both of them – and my brother, too – could produce beef with that uncanny meld of savory and sweet, tomato and caramelized onion, so tender that it barely required chewing, except for the burnt end, unambiguously animal in its tough combat with the tongue.

I could smell it cooking the moment I walked into any and all of their many homes over the years – the suburban split-level in Montreal, the small walk-up apartment in Ann Arbor, the two progressively larger houses in Boston, the condo in Sarasota where the brisket’s meaty aroma felt curiously at odds with the palm trees and herons outside the window. But even there, when this Friday night roast was released from its foil girdle, I was infused not just with its scent, but with a sense of well-being so powerful it almost made my knees buckle.

“It’s easy,” my mother assured me when I asked for cooking instructions. I was in my late twenties or early thirties, with young kids and a nascent desire to create and carry on rituals, to modestly embrace domesticity. “Salt and pepper, a bunch of sliced onions, some Lipton’s onion soup, and some tomato paste. Then just wrap it in foil and bake it on a low heat for a long time.”

What emerged from that first experiment was brown meat – bland, rubbery, absolutely nothing like hers.

“Oh yeah,” she added after I reported my unspectacular results. “Slice the brisket after it’s cooked for a few hours, wrap it back up in the foil, and bake it for another few hours. That softens it up.”

She was right. The next attempt resulted in beef, a bit more delicate, the sallow slices almost cuttable with a fork. But still, the taste was thin, like a Nouveaux Beaujolais bought at a beer store.

I hadn’t cooked it for long enough, I thought, or at a low enough temperature. Perhaps the problem was that I hadn’t refrigerated it overnight, one cousin suggested, or that I hadn’t frozen and reheated it before serving, another said.

These gentle corrections underscored what I already knew about myself. I lacked patience and was pretty light on perseverance as well. This was a shortcoming with implications far beyond brisket.

Fuck it, I thought. I’m damn good with chicken.

It was at least a decade before I made another try, this time researching whether to get the point cut or the flat. (I forget the answer.) Against my better judgment, I followed the recipe given to me by a colleague at work. My misgivings about the sweet chili sauce it called for – and lots of it – were entirely warranted. The syrupy meat was even worse than the sweet-and-sour chicken at a Chinese restaurant’s weekday buffet. It was like one of those classics from a 1950s Good Housekeeping cookbook, the 21st Century version of Swedish Meatballs in a sauce of grape jelly and ketchup, or lime Jello molds with mini-marshmallows and canned pineapple chunks.

Then, a couple of years ago, my niece – a fierce and excellent cook, as is her mother, as was her grandmother – emailed me her cooking instructions. Brown first, then wrap tightly in foil with salt, pepper, onions, a bay leaf, and ginger beer. Cook for a long time, slice, rewrap, and reheat in that same foil corset the next day. The results were good, the best ever.

And not nearly good enough.

Does everything simply taste better in childhood? Is the problem that brisket’s allure lay not in its intrinsic qualities, but in the fact that it was cooked by someone who loved me?

Yes and yes, but there’s more to it than that.

Just as after many decades my hair has thinned and my ankles have swelled, my palate – something I thought was as integral to me as the color of my eyes – has changed.

In training young people to work with the aged, teachers will have their students don eyeglasses that have been smeared with Vaseline, wrap weights around their ankles, slide rigid sleeves over their fingers or elbows, put clips over their nostrils, and plug their ears with foam pellets. Sensory impairment, stiffness, and pain — this is the best simulation they can offer of old age.

Getting old is, as my husband says, puberty in reverse, with a new and generally unpleasant surprise every day. I am far from decrepit, but old enough to discover that there’s no longer anything about my body I can take for granted, not even my taste buds. What was once delicious is now cloying, what would have been too bitter is now bracing. Simple sugar and salt have been replaced by the bite of arugula, the complexity of harissa. I still love good milk chocolate, but caramel has gone the way of Kraft Dinner.

This afternoon I made a leek, pear, and parsnip soup. A quarter cup of cream added at the end enriched the ochre-colored broth. The tablespoon of maple syrup did gentle combat with the salt and pepper. It tasted of roots and the sap that is the tree’s lifeblood.

With age comes a different culinary desire. I don’t need to make my last brisket. I crave flavors that stimulate, not sedate. Now I cook to feed my soul. I don’t need to recreate meals of my past to conjure childhood memories. I want surprising tastes that ripple through that soup and remind me that I’m alive. 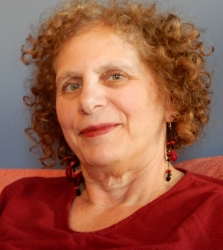 Julie Wittes Schlack
Julie Wittes-Schlack’s cultural memoir in essays, This All-at-Onceness, was named one of Kirkus Review’s Best Indie Books of 2019. Julie has an MFA from Lesley University and her work has appeared in numerous publications, including Ninth Letter, The Tampa Review, The Writer’s Chronicle, and Pangyrus, as well as in the new Bloomsbury Publishing collection, The Science of Story: The Brain Behind Creative Nonfiction. Julie lives in the Boston area, where she is a regular contributor to WBUR’s Cognoscenti, an online journal of ideas and opinions.