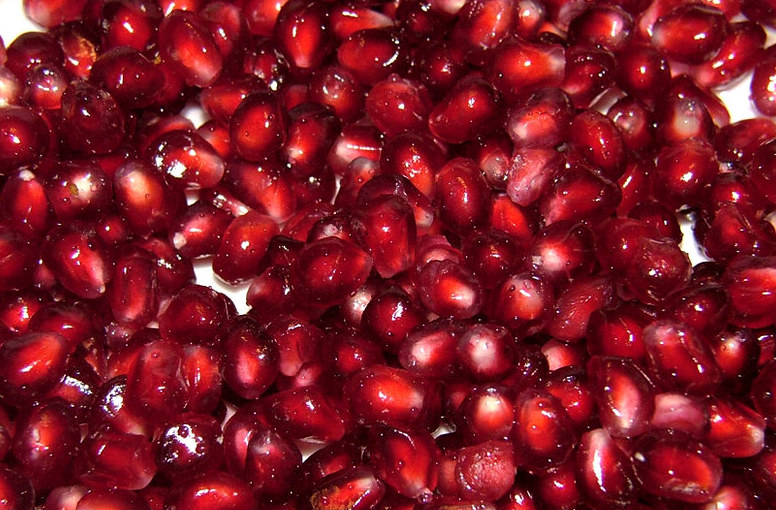 At the market we’d bought a pomegranate,
weighed its cheeks in rubies for luck.
I set my knife to halve it, kneeling in the grass
between red leaves, but you tell me
to let the last hours of the year go in peace–
no sacrifice would convince any god
to stop the season from dying.
With a surgeon’s hands, you carve away
the crown, then etch the fruit
into sections that you fan out
over my handkerchief. Second by second,
the arils pebble the pink paisley unbled
while first-grade you-and-I
laugh in the distance, our heads
thrown back on tire swings: backward,
forward-backward, lower, lower-faster.
When the last aril falls, you say
you won’t be gone for long
and tread to the horizon, quietly
among these thousand breaths still burning,
where you turn and blow out
a single maple leaf. It hesitates until you
close your mouth, and then, rolling through
the air, goes to join the rest of the sky.

Click here to read Katherine Huang on the origin of the poem.

Katherine Huang:
Content Warning: Suicide
R.C. and I were classmates for years in Chinese school, which ran from kindergarten through ninth grade. Later, we went to the same university. After he died by suicide several years ago, I sought closure in writing a poem about him – one that would not necessarily adhere to details from his life, but would capture something about the kind of person he was. For a long time, I didn’t find a way to do so that felt “right”.

I’d also been wanting to write a poem based on the Mandarin phrase “秋千” (qiu qian). While the entire phrase means “swing” (as in the playground fixture), the individual characters mean “autumn” and “thousand”, respectively. I tried to write the ideas of swing, autumn, and thousand into a poem with pomegranate imagery (separate inspiration) for a fall-themed piece on fearing death/time passage, but just as above, the drafts didn’t feel right for a long time.

Then, I heard “The Heaven Song” from the soundtrack of the TV drama The Empress of China, and it made me picture an autumn landscape – probably, at least in part, because the title of the drama’s opening theme song literally translates to “A Thousand Autumns” (“千秋”, which has various meanings). Heaven (sky), autumn, thousand, death, swing, pomegranate – one day, right before a lab meeting, the pieces suddenly clicked together, and I hurried to type the epiphany that became “Thousand” on my phone as the meeting started. 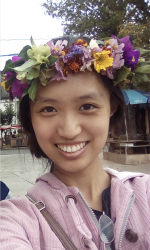 Katherine Huang
Katherine Huang is a graduate student in genomics and computational biology at UPenn. Her work has appeared in/at Rattle (online), Gyroscope Review, The Ekphrastic Review, and elsewhere. When not writing or sciencing, she enjoys dancing and taking naps. You can find her on Twitter @Katabolical.